The authors report that seroconversion can be expected in 3 to 6% of cases after a tick bite, and that clinically manifest disease develops in only 0.3 to 1.4% of cases. How common is spontaneous cure at stages I and II? Do the authors have data/numbers on this that they could share?

In the skin biopsies of patients with erythema migrans who were treated in Slovenia, borrelia species (B burgdorferi sensu lato) were found in the cultures of 19 of 1148 (1.7%) patients after antibiotic treatment had been completed (1). In five of the patients the authors specify the antibiotic treatment that was given: one patient received 2 g ceftriaxone i.v. for 14 days; two patients received cefuroxime (2×500 mg) for 14 and 10 days, respectively; one patient received amoxicillin orally (3×500 mg) for 14 days; and one patient received azithromycin orally for four days (1000 mg on the first day, followed by 1×500 mg). Persistence of the causative strain has been observed but seems rare.

Ceftriaxone at a dosage of 2 g/d is probably sufficient at the acute stage. At later stages, a higher dosage (2×2 g ceftriaxone) is obviously more favorable. As Scheffold et al reported in 2003, in chronic disease a higher dosage of ceftriaxone—namely 2×2 g—should be given (3). If ceftriaxone is contraindicated, cefotaxime (3×2 g) can be given as an alternative. DOI: 10.3238/arztebl.2009.0524c 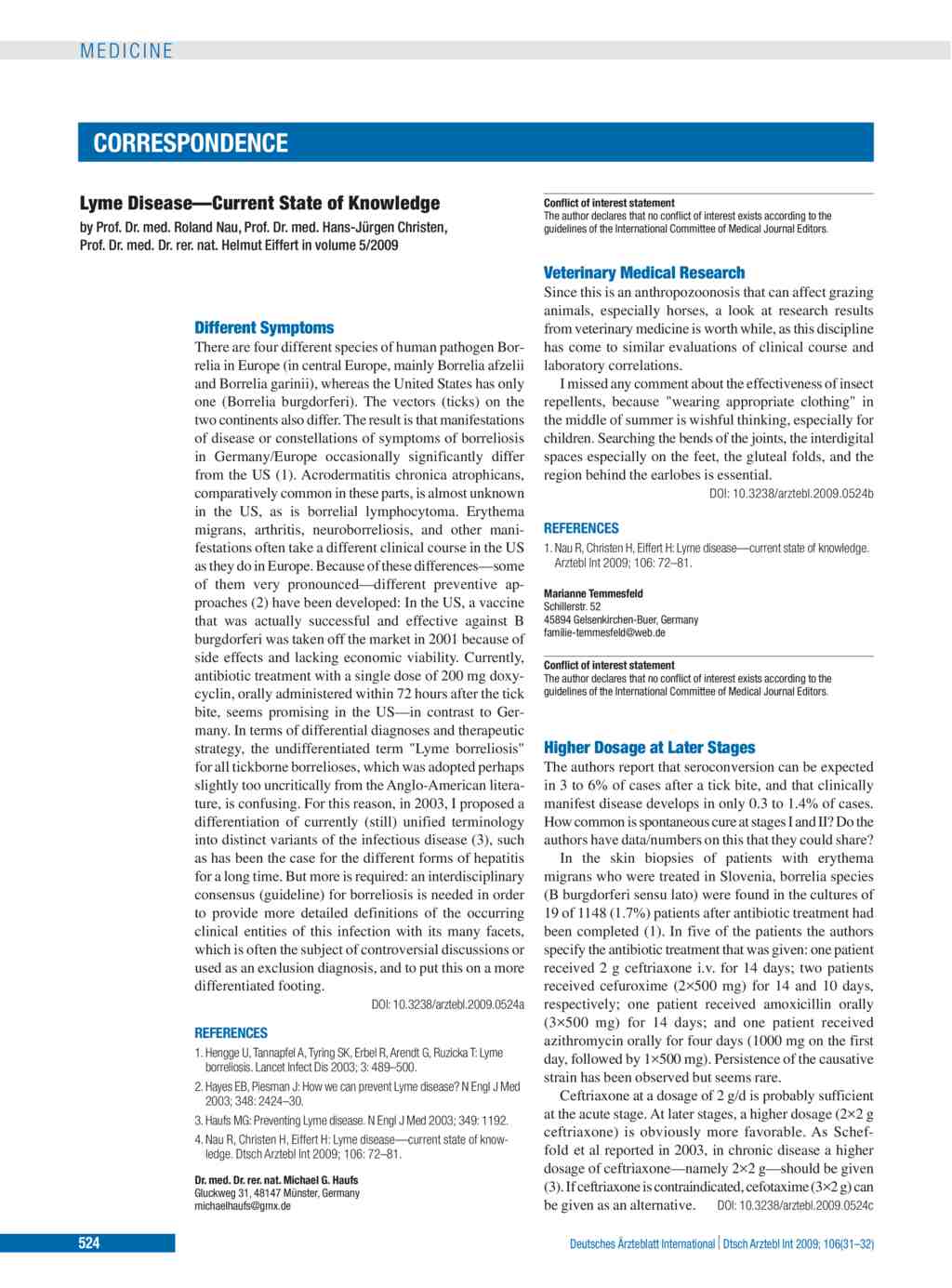