We welcome the interest expressed in our review article. Repellents, as discussed by Temmesfeld, are effective to only a limited degree. In most cases, the protective effect of repellents against ticks is clearly shorter than that against mosquitoes, so that the available substances have to be re-applied at relatively short intervals. It is of particular importance that bends of joints, interdigital spaces, gluteal folds, and the retroauricular region should be inspected thoroughly after any stay in an area populated by ticks.

As shown by Hunfeld's working group and mentioned by Shah, both in Frankfurt, persistence of culturable Borrelia species in the human organism may occur even after adequate antibiotic therapy for Lyme borreliosis (1). However, after guideline conform treatment this is a rare event, and it is unclear to what proportion the host organism will succeed in completely eliminating the Borrelia species—weakened by the preceding antibiotic treatment—on its own account without repeated treatment with antibiotics. With respect to reinfection by means of a repeated tick bite, we would not withhold a second course of antibiotic treatment, preferably on the basis of available sensitivity tests (2, 3) with ceftriaxone i.v. from any patient with clear clinical disease activity (for example, progressive neurological symptoms plus >6 months of persistent pleocytosis in the cerebrospinal fluid or persistent swollen joints plus positive borrelia polymerase chain reaction in fluid aspirated during puncture of a joint).

We think that the differentiation proposed by Haufs—of the variable European disease spectrum caused by different subspecies of B burgdorferi sensu lato versus the more uniform disease picture of the North American Lyme borreliosis (caused by B burgdorferi sensu stricto)—makes sense and is desirable. However, we are not in a position, nor do we wish to, decide here whether the term "non-Lyme" borreliosis is suitable for this or whether the disease should be termed "Eurasian" borreliosis.
DOI: 10.3238/arztebl.2009.0525 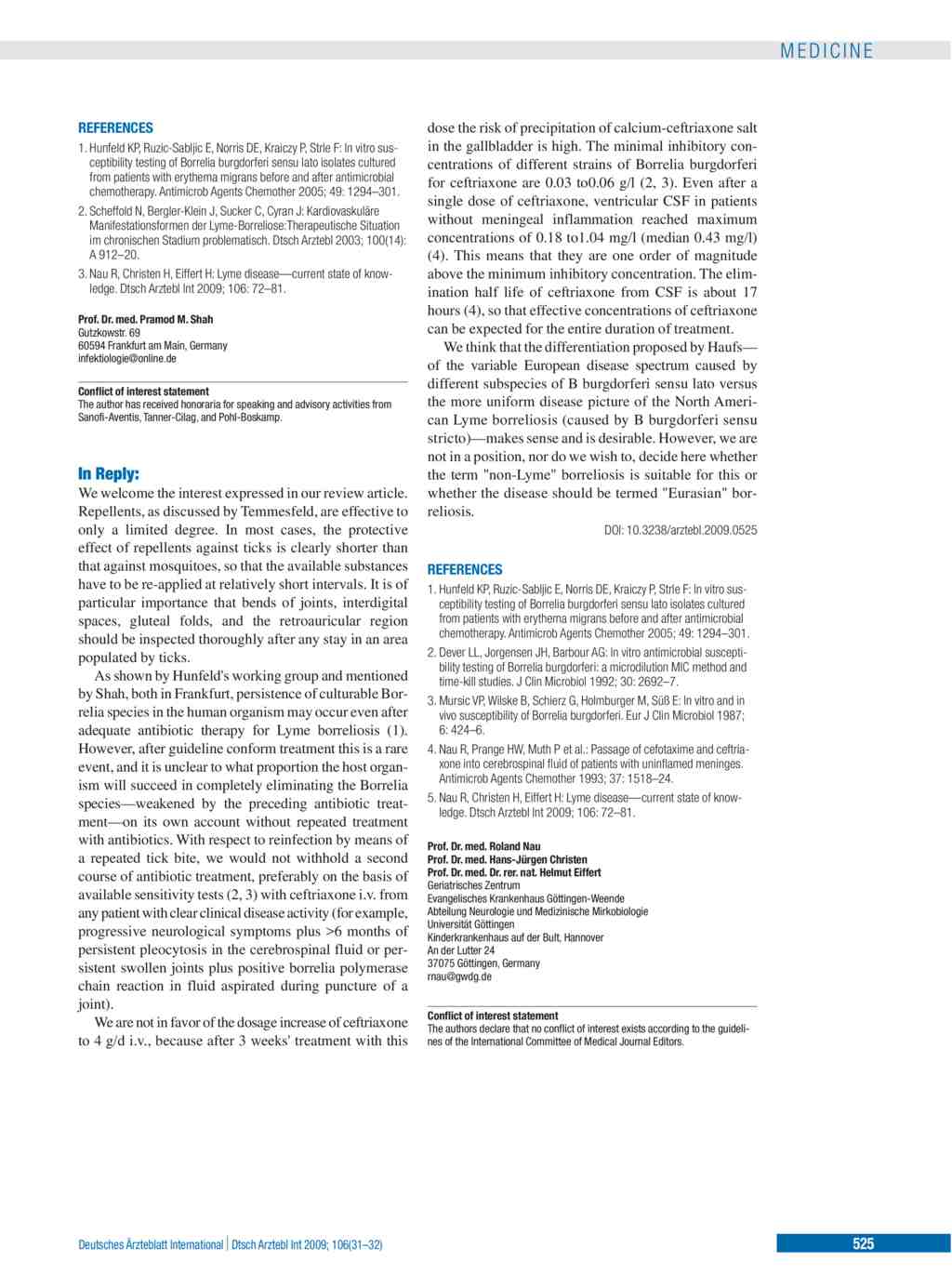