DÄ internationalArchive34-35/2009Heart Failure: the Commonest Reason for Hospitalization in Germany—Medical and Economic Perspectives: Limitations of the Between-Sex Comparison

Heart Failure: the Commonest Reason for Hospitalization in Germany—Medical and Economic Perspectives: Limitations of the Between-Sex Comparison

We read the important article on the epidemiology of heart failure in Germany with great interest. The conclusions resulting from figures 1 to 3 and the discussion with regard to how the risk of morbidity and mortality differ by sex are misleading, however (1). The data source used by the authors (2) reveals that for almost all categories themorbidity and mortality rates are higher in men than in women up to a very old age. Up to the age of 70, women have a 50–56% lower risk of death or hospitalization than men. This difference evens out slowly by about the age of 90. Women are slightly more affected only at an older age.

The reason for the apparent discrepancy in findings is that the use of the standard population of Germany 1987 for age standardization leads to different reference groups for men and women:

The age standardized rates for men derived from federal health monitoring data (2) were applied to the male population of 1987 and the female rates to the female population of 1987 (3). The rates for men and women are therefore suitable for comparisons within the sexes (for example, between federal states or over time) but not between them. A correct analysis of sex differences would therefore require the use of a standard population with identical age structure in men and women (for example, the Old European Standard Population). Alternatively, it is possible to use the same reference population for both sexes. Correct age standardization reveals that the standardized death and hospitalization rates of women, shown by the authors in figures 1 to 3, are not higher but lower than those in men.
DOI: 10.3238/arztebl.2009.0565b 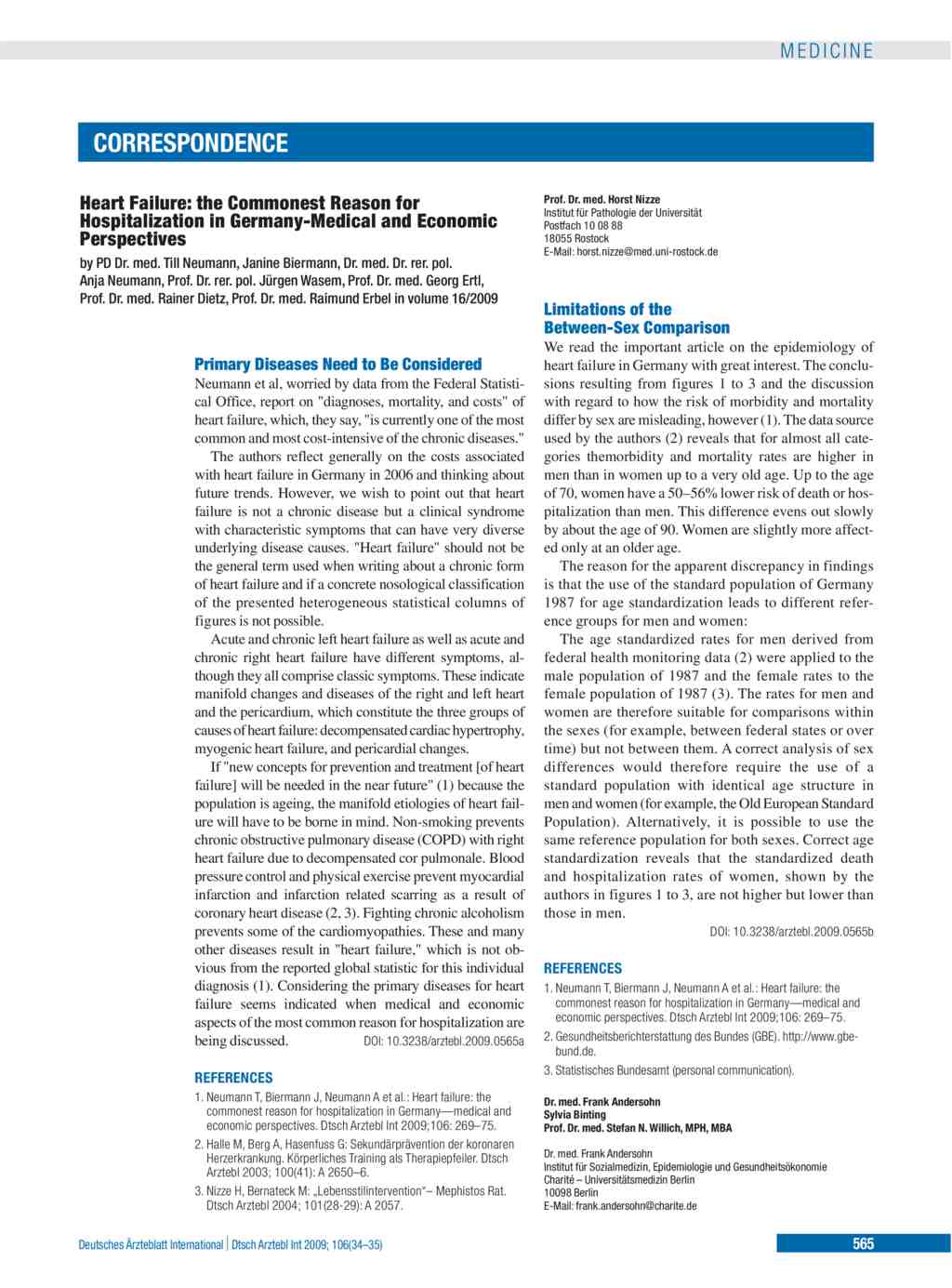