The dubious quality of Chinese drug preparations or food supplements is hardly news. However, this problem affects not only herbal preparations but is a general quality issue in some Asian countries, which also affects chemical preparations (heparin) and food preparations (melamine).

Generally, extreme caution is advised vis-à-vis Chinese drug preparations, although there are Chinese manufacturers that provide high-quality products and are audited, for example, by the Australian drug regulator. The quality cannot be guaranteed by the dispensing pharmacist. Our center keeps receiving queries from laypersons who have bought drug preparations while visiting China as tourists. We can only strongly advise against their consumption.

The situation is different for crude medicinal herbs, which can be tested and which have to be accompanied by valid certificates. Adherence to the threshold values has to be guaranteed and the identity of the substances confirmed. In Germany, it is therefore possible to purchase good-quality crude Chinese drugs without any problem—as long as the pharmacist has sufficient specialist knowledge. Specialized pharmacies have, for example, formed the German working group of TCM [traditional Chinese medicine] pharmacies. Purchases via the internet constitute a real problem, however. EU Directive 2004/24/EC for the licensing of traditional herbal medical products is interpreted in an inappropriately rigid way, and its criteria consequently cannot be met by drug preparations that are not protected by patents. Companies therefore go down the food supplement route or follow illegal routes. Internet trading can ultimately not be controlled. Instead of consumer safety, the opposite outcome is achieved. Pragmatic licensing conditions—such as in Switzerland or Australia—are a necessary step forward.
DOI: 10.3238/arztebl.2009.0584a 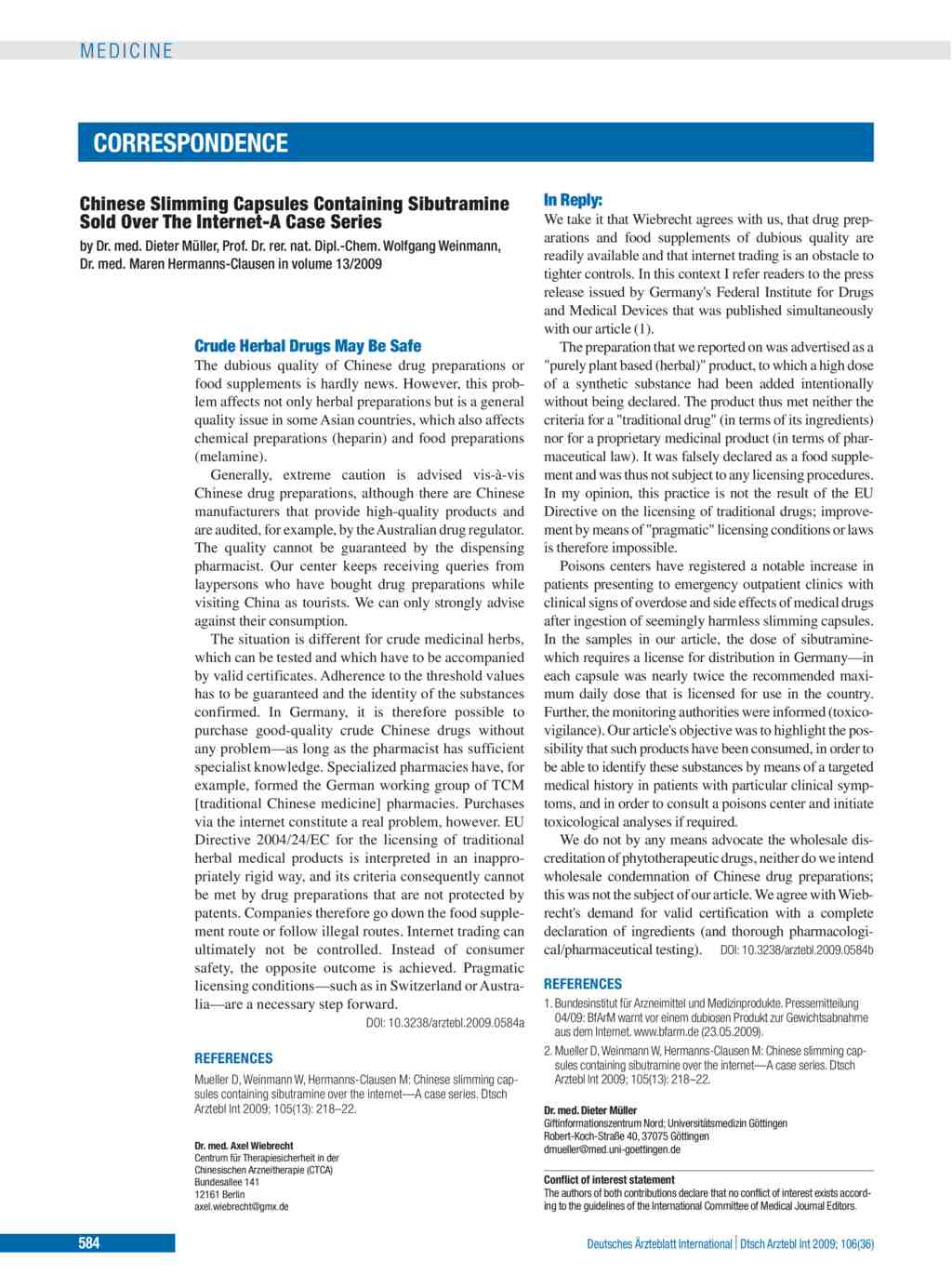