With regard to the article by Stolle et al., we would like to mention some important further aspects that are discussed in greater detail in our review articles (cited below).

As for “particular risk constellations,” extensive studies are available on the influence of genetic protective factors and risk factors, which account for more than half of the risk for excessive alcohol consumption and the development of alcohol dependence. Among their demonstrated effects in children and adolescents, these factors have been shown to interact with emotional stresses that may have occurred long before the alcohol consumption began (1–3). As for the externalizing behavioral disorders of childhood mentioned by Stolle et al., several mechanisms are now known by which these can elevate the risk of alcohol-related disorders. If such a disorder is present, then the risk of an alcohol-related disorder developing later can be lowered by both medication and behavior therapy, as has been shown in multiple therapeutic studies (1).

Stolle et al. emphasize the indirect risks and harms of excessive alcohol consumption—accidents, suicidal behavior, and risk-taking—yet the brain damage directly induced by alcohol is also important. Its occurrence in adolescents has been shown in multiple studies, which have employed both functional imaging and neuropsychological tests revealing low performance (3).

An awareness of these heterogeneous risk factors can aid in preventive efforts by enabling the timely identification of children and adolescents at high risk of addiction, who can then be informed that they are at risk, and why, according to the principles of motivational interviewing. This may prompt them to deal actively with their risk and to draw their own correct conclusions about how they can lower it by changing their behavior. 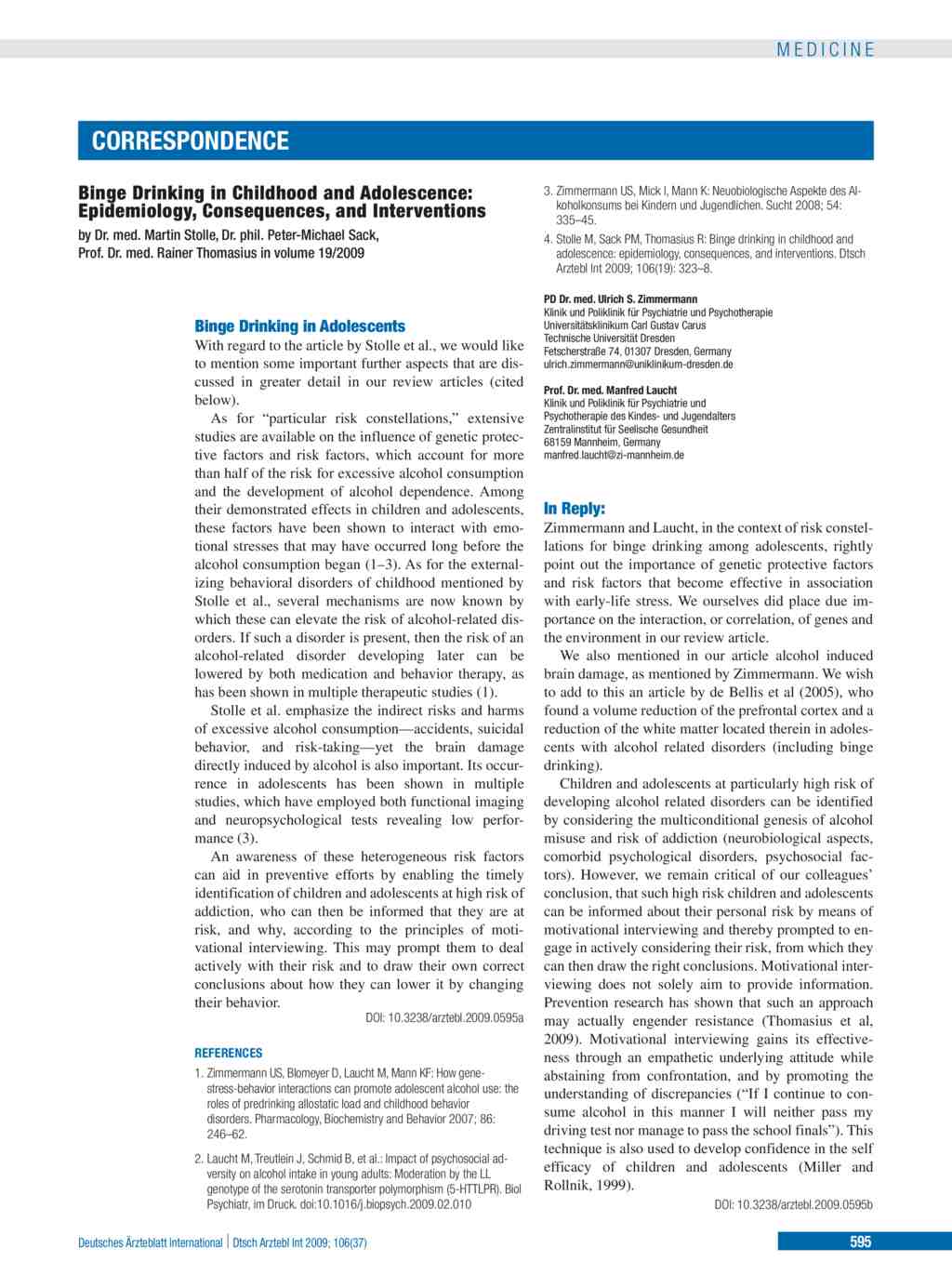