Hormonal Therapy in the Elderly Prostate Cancer Patient: In reply

In the context of the question raised in our article, the primary treatment cited by Egidi is one form or another of androgen deprivation. If tumor progression occurs in spite of this treatment, then, without taking recourse to laboratory tests (total PSA, possibly sarcosine concentrations in urine), local symptoms such as obstructive micturition problems or indications of systemic progression such as bone pain can be expected. All that's left by way of therapeutic options then is palliative treatment-for example, transurethral prostatic resection, focal irradiation, or analgesic medication. Whether it is beneficial for a patient who is having hormone therapy and regular PSA tests to detect the progression before onset of symptoms is a legitimate question. In any case, PSA testing helps to detect the point at which the selected primary hormone therapy becomes ineffective and should be stopped. Such an approach does not need to be confirmed by a study, because the patient is spared at least the side effects of androgen deprivation up to the point where symptoms of progression manifest.

If the patient receives an antiandrogen as primary treatment then one third of patients experience improvement when the antiandrogen is stopped. Subsequently, secondary hormone therapy should be given, which is by no means ineffective. The comprehensive range of secondary hormone treatments in PSA progression has recently been shown (1). For the future, the task is to detect castration resistant prostate cancer by regularly testing PSA values. Currently, phase III studies are investigating the option of androgen receptor manipulation.
DOI: 10.3238/arztebl.2009.0622b 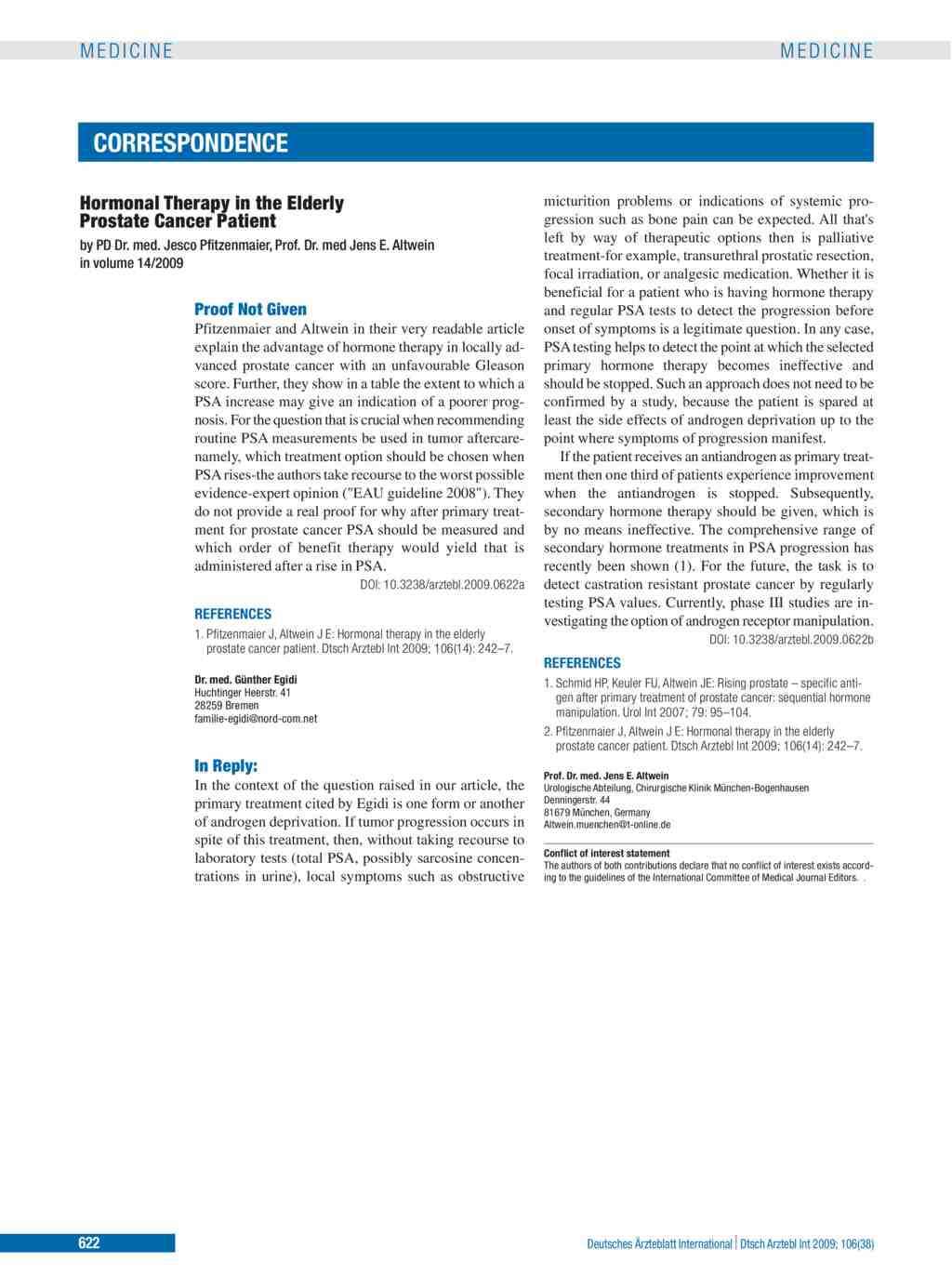