I read the article by Becker et al, on cowpox infections in owners of pet rats (1), with great interest as I was involved with cowpox through my work from 1970 to 1974.

Thirty seven years ago I worked in the state vaccination institute in Düsseldorf. A 35 year old woman had received a visit from an 11 month old child. She had held the child in her arms and petted and stroked it. She was not aware that the child had been vaccinated against smallpox 4 weeks previously.

Three days later, the woman developed pea sized efflorescences on her left cheek and her right and left upper arms. These remained in place for 6 days; she consulted a doctor who suspected smallpox and referred her to the university dermatology hospital in M. Specimens were taken and sent to the vaccination institute in Düsseldorf for investigation. Smallpox viruses were found on electron microscopy in two specimens—a clear case of human to human transmission. The then director of the state vaccination -institute, Dr Richter, and I reported extensively about the case in the journal Öffentliches Gesundheits-Wesen [public health] (2).
DOI: 10.3238/arztebl.2009.0623a 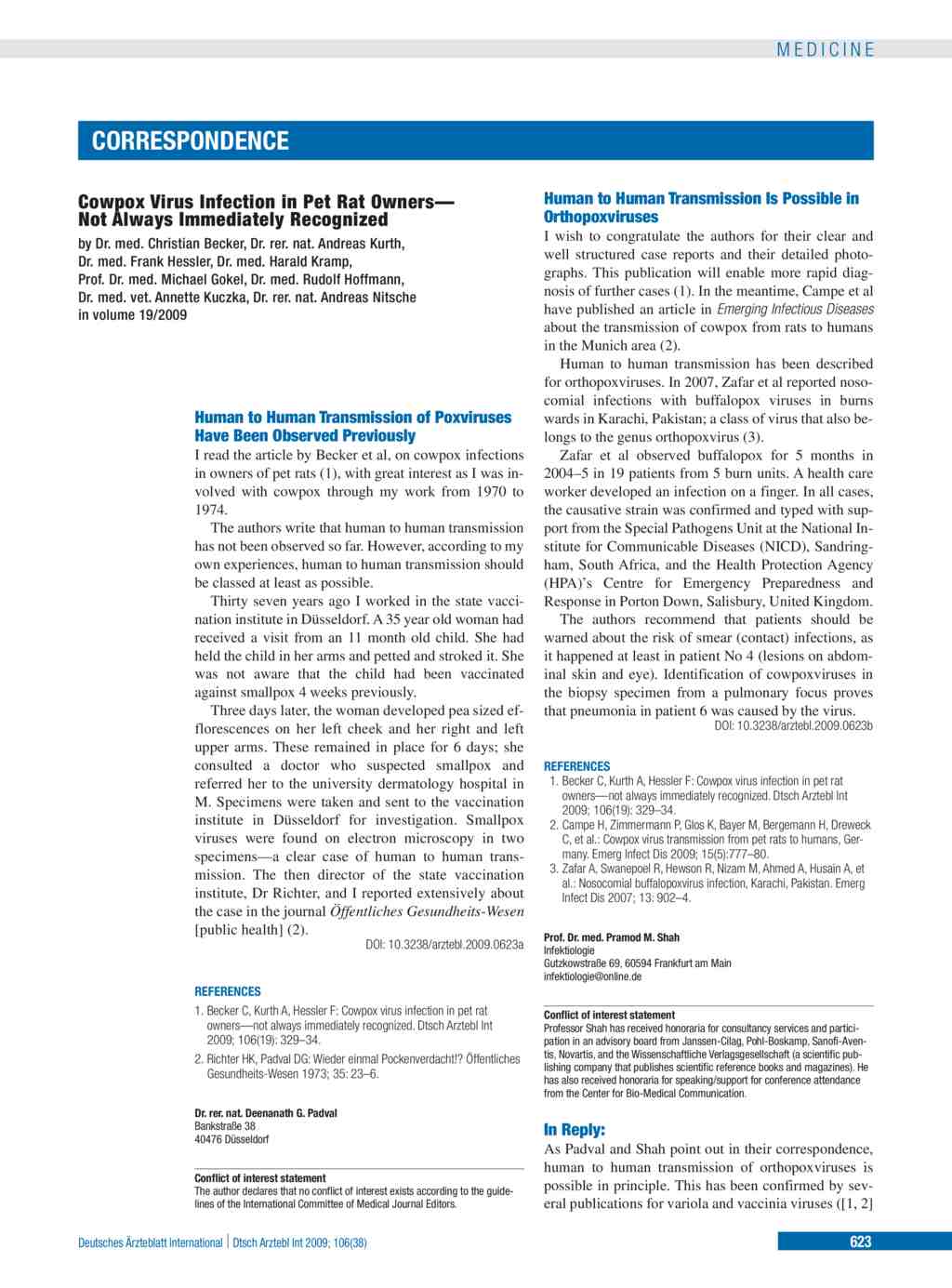