DÄ internationalArchive39/2009Requirements and Assessment of Laboratory Tests—Part 5 of a Series on Evaluation of Scientific Publications: Inpatient Admission Screening

Requirements and Assessment of Laboratory Tests—Part 5 of a Series on Evaluation of Scientific Publications: Inpatient Admission Screening

The author is opposed to using laboratory screening to detect diseases; however, this might put many patients’ lives at risk. I have two comments relating to inpatient admission screening:

In patients who are not known to the doctor, serious comorbidities need to be excluded in a timely fashion before medical treatment is initiated. Bautsch reports, initially correctly, that a single positive laboratory measurement does not confirm a definite diagnosis for any disease. However, he concludes from this, incorrectly, that laboratory screening should not be performed. His reasoning gives away a one-dimensional perspective (inferring pathology y from laboratory value x). Any responsible physician will correlate abnormal laboratory values with further laboratory chemical and clinical parameters, so that such a one-dimensional model does not apply. On the contrary, computer aided diagnostic cascades should become mandatory in order to ascertain diagnoses that are as definite as possible and obtained in as little time as possible. From reading the activity reports from the assessors’ committees from court cases dealing with medical malpractice, it becomes obvious that it is mostly too few or too late diagnostic tests that resulted in a fatal outcome.

In patients with a minimum age of 70, computed tomography screening of the brain, thorax, and abdomen should therefore be advocated so as to rule out frequent life threatening diseases (for example, tumors, aneurysms). The selective irradiation phobia that is endemic in Germany (radiation from nuclear power stations and within medicine attract criticism, whereas radiation from coal power stations and in cigarette smoke are ignored) makes rational discussion impossible. By extrapolating down the number of deaths due to radiation in Hiroshima the conclusion is reached that exposure to x-rays causes many deaths every year. The natural exposure to radiation in the total population (including pregnant women and toddlers) in some parts of Iran is 200 mSv, but no raised death rates or incidence rates of cancer have been found and this is often kept quiet and is equivalent to a whole series of CT investigations.
DOI: 10.3238/arztebl.2009.0637a 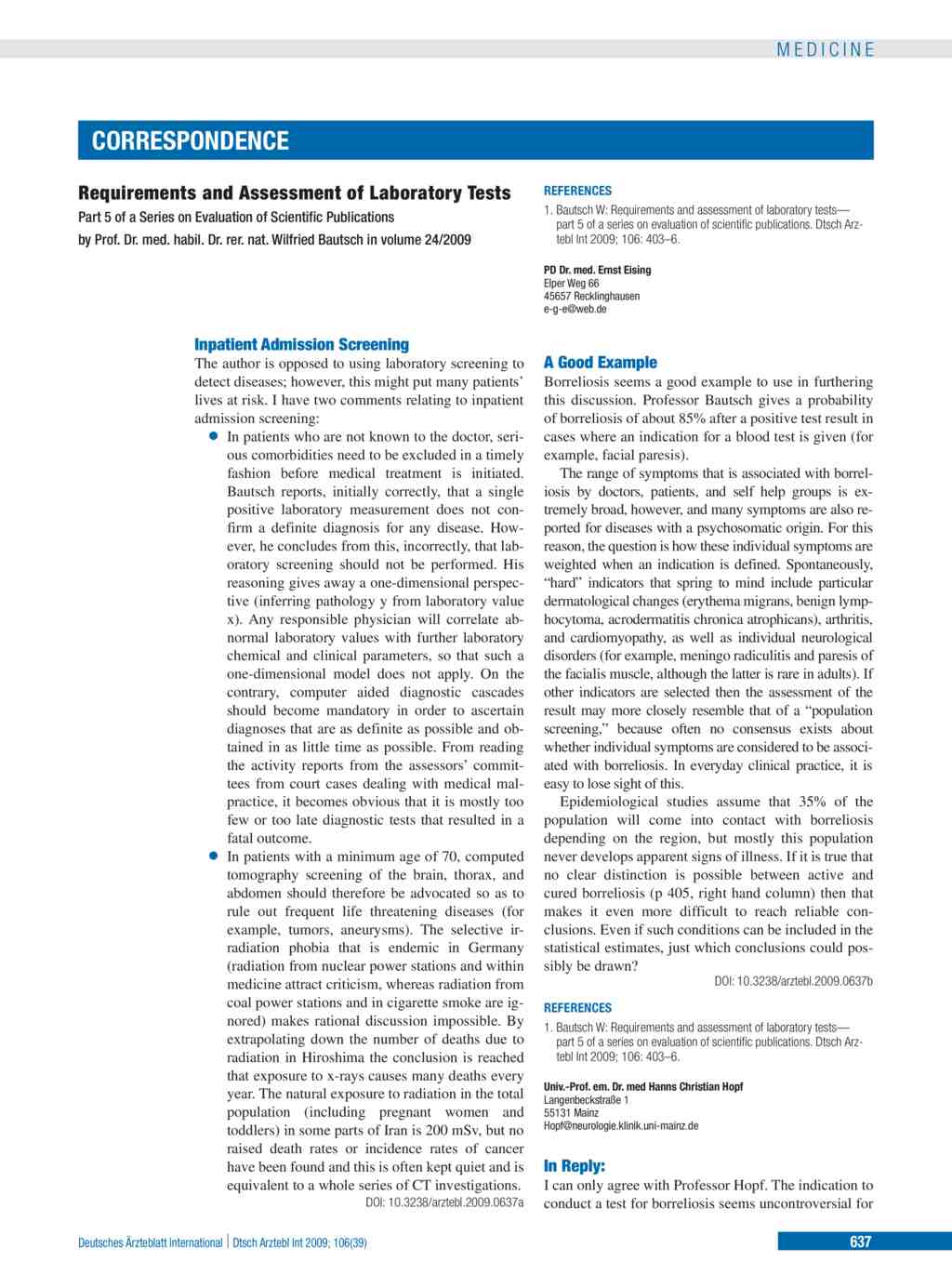