While it has been proved that elderly patients benefit from surgical myocardial revascularization with regard to improving cardiac function, Philipps-Bute showed that impairments to neurocognitive functioning as a consequence of cardiac surgery have negative effects on patients’ quality of life in the medium and long term: in 36% of patients, any benefits derived from the improvement in cardiac function are negated by the cognitive deterioration. Interestingly, the use of the heart-lung machine (pump-oxygenator; cardiopulmonary bypass pump) itself does not seem to negatively affect a patient’s neurocognitive status after cardiac surgery. “Off-pump” surgical techniques have not shown measurable risk reductions (2, 3).

The older the patient is in whom surgery is planned, the more important for the overall result it is to consider his or her preoperative comorbidities, especially impairments to cognitive function and to mobility. In the context of the preoperative stratification of risk factors in older patients about to have cardiac surgery, clinically manifest or latent cognitive deficits should be -detected, and timely intervention should be planned for the eventuality of postoperative delirium, so as to reduce postoperative cognitive deterioration in as far as is possible. Older patients with heart disease benefit from an interdisciplinary approach, and the importance of individual comorbidities needs to be balanced, in an interdisciplinary fashion, against quality of life in the long term.
DOI: 10.3238/arztebl.2009.0693a 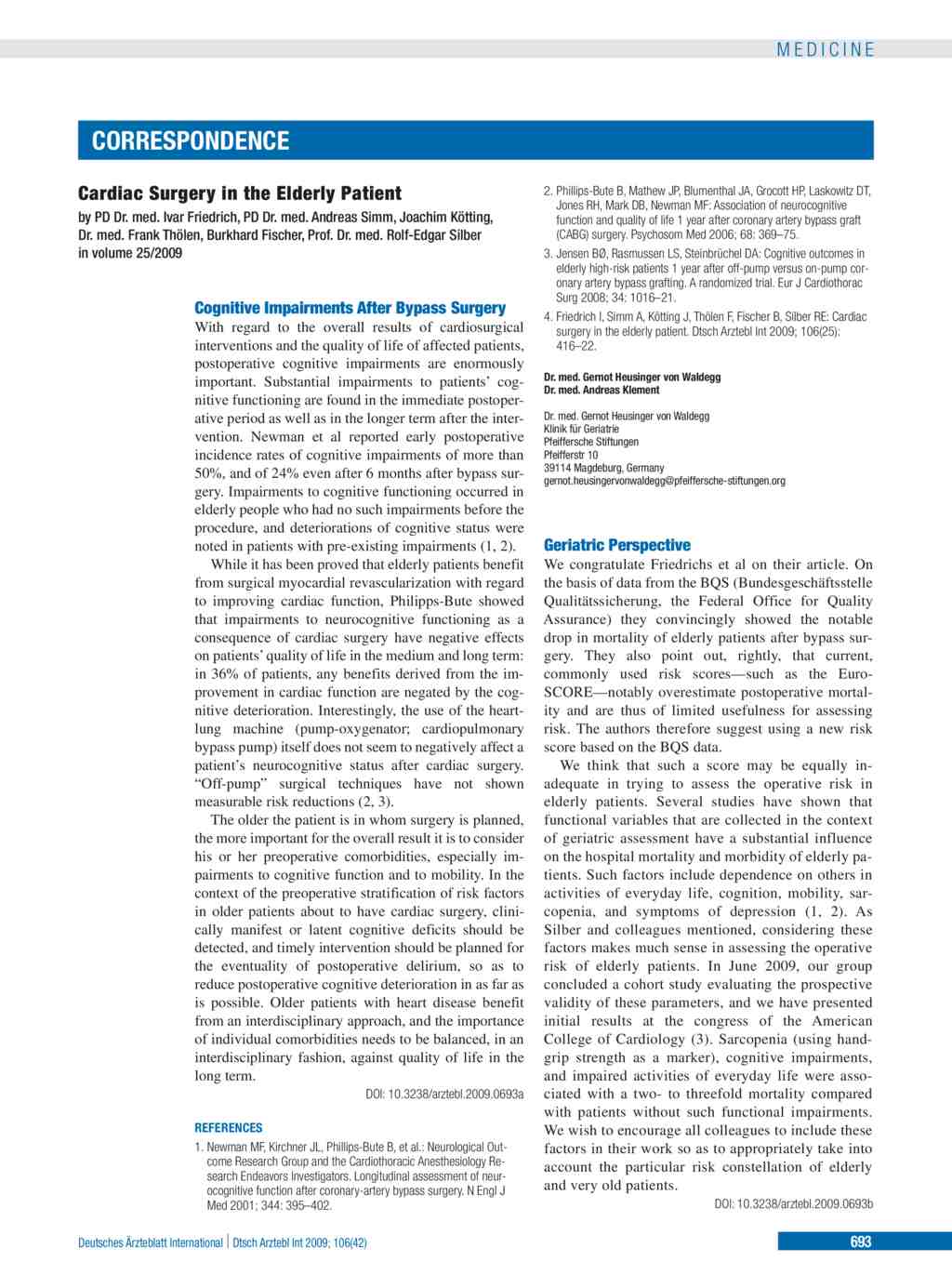