The unsatisfactory result of two decades’ research and 8000 reviewed literature citations is that fibromyalgia is a functional disorder, whose right to exist is simply due to the fact that it is not identical with a somatoform disorder.

The guideline committee, in evaluating the literature, decided to declare the “tender points” that were previously required for defining a diagnosis of fibromyalgia as optional. This echoes the spectacular 2003 editorial by Wolfe (1), among others, which concludes that tender points are inappropriate for the definition of the disorder. If the definition was soft before it has now liquefied completely, and it seems even less likely than before that any attempts to formulate criteria for the distinction from a somatoform disorder will be unsuccessful. The fact that all the medications that are known to be effective are all psychotropic substances fits in with this scenario. This postulate does obviously not require any further proof from its champions, and the demand for “empirical testing” of the identity of both disorders is at its core nothing other than an elegant reversal of the burden of proof.

Unconventional treatment methods that have failed in the individual test are now recommended as part of the “multimodal complex treatment.” This is the consensus of experts who rely on proofs whose methodology—for this result—would be worth questioning. The guidelines contain many further ambiguities (2). The concept of fibromyalgia, whether as a syndrome or not, has proved to be fruitless and should be abandoned. This would not be the first time in medical history: –vegetative dystonia is another entity that no one ever mentions any more.
DOI: 10.3238/arztebl.2009.0729a 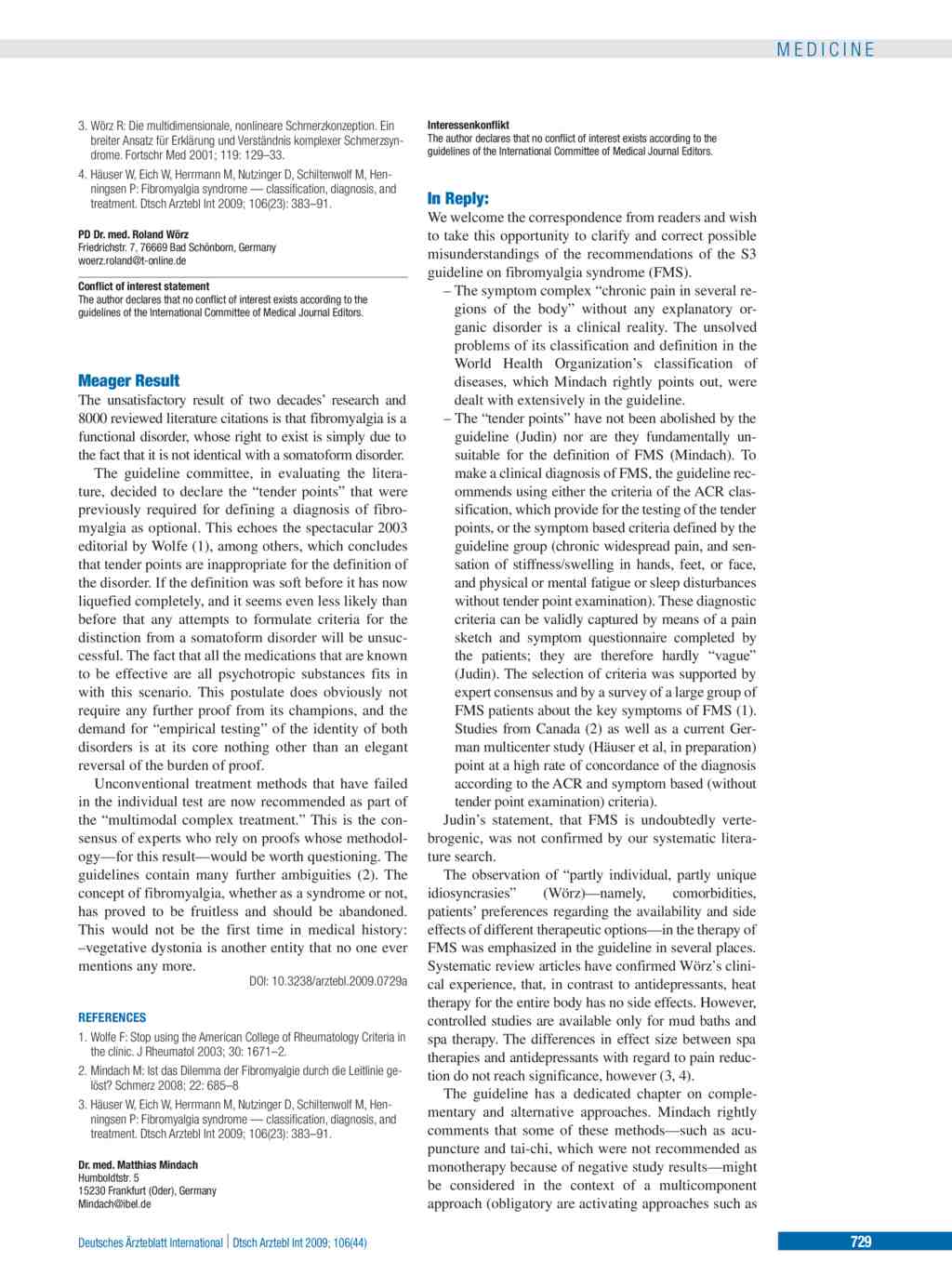