We clearly stated that lifestyle modifications, combined with medication, are the cornerstones of therapy for chronic coronary artery disease, and that their importance cannot be stressed enough.

The cited studies—RITA-2 (1) and COURAGE (2)—have unequivocally shown the success of medication. In both studies, however, initial medical treatment was compared with initial revascularization, without withholding revascularizing measures from the patients initially treated with medication as the studies progressed. The result was that 35.4% of patients in RITA-2 and 40.2% of patients in COURAGE who had initially received conservative treatment underwent revascularization (70% PCI and 30% ACB). Undoubtedly, these were the patients in whom medical treatment was insufficient in tackling their severe ischemia. Revascularization of such patients contributes to the positive result of medical treatment to a considerable extent as far as symptoms and prognosis are concerned. In contrast to what our correspondent says in his letter we remain convinced that “high grade” stenoses are of high pathogenetic importance; in the assessment, the morphology of coronary stenosis has taken second place after the functional relevance of coronary stenosis.

The “Nationale Versorgungsleitlinie Chronische KHK” (the national care guideline for chronic CHD” (3)) recommends catheter investigation/revascularization only in symptomatic patients who are receiving adequate treatment for their angina and who have confirmed ischemia.

Under these conditions, revascularization is a sensible and important additional therapeutic option that we would certainly not want to have to make do without! Of course we do tell our patients in advance what the author of the letter would have preferred from a “courageous” team of authors: that for percutaneous coronary intervention in chronic CHD, randomized controlled trials have shown no survival advantage compared with conservative, medication based treatment.
DOI: 10.3238/arztebl.2009.0749b 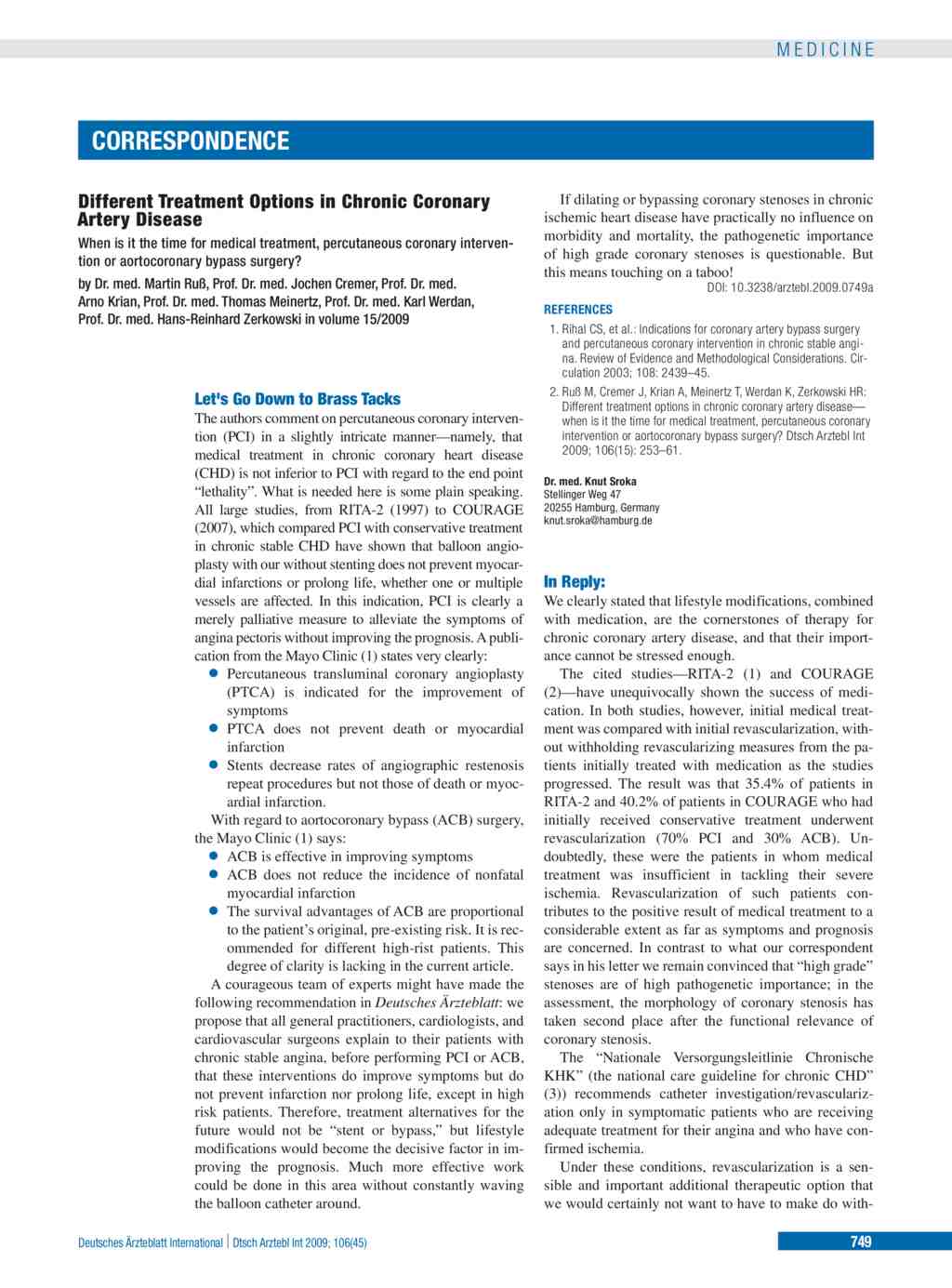