The Pathophysiology, Diagnosis and Treatment of Constipation: Obsolescence of X-ray Defecography

Müller-Lissner in his article mentions conventional x-ray defecography as the imaging procedure of choice in the diagnosis of defecation disorders.

This procedure is obsolete, owing to its radiation exposure and its limited validity. Dynamic magnetic resonance imaging (MRI) of the pelvic floor, which is unfortunately not mentioned at all, can be conducted speedily and simply. It does not entail exposure to ionizing radiation and is better tolerated by patients. The reason is that the investigators are outside the room where the patient is lying in the scanner and evacuates into diapers. It was shown years ago that analyzing defecation while the patient is lying down is equivalent to analyzing it while the patient is sitting up (2).

Since defecation disorders are often complex dysfunctions of the pelvic floor, a further advantage lies in the fact that by using MRI, the bladder, urethra, vagina, and uterus can be imaged during one examination, without the need for any further invasive procedures or for contrast medium (1).

MRI also enables the representation of complications such as enterocele or sigmoidocele. High resolution imaging of the pelvic floor structures allows for assessment of atrophies and scarring of the levator sling as well as the fascia and ligaments of the pelvic floor (3).
DOI: 10.3238/arztebl.2009.0765a 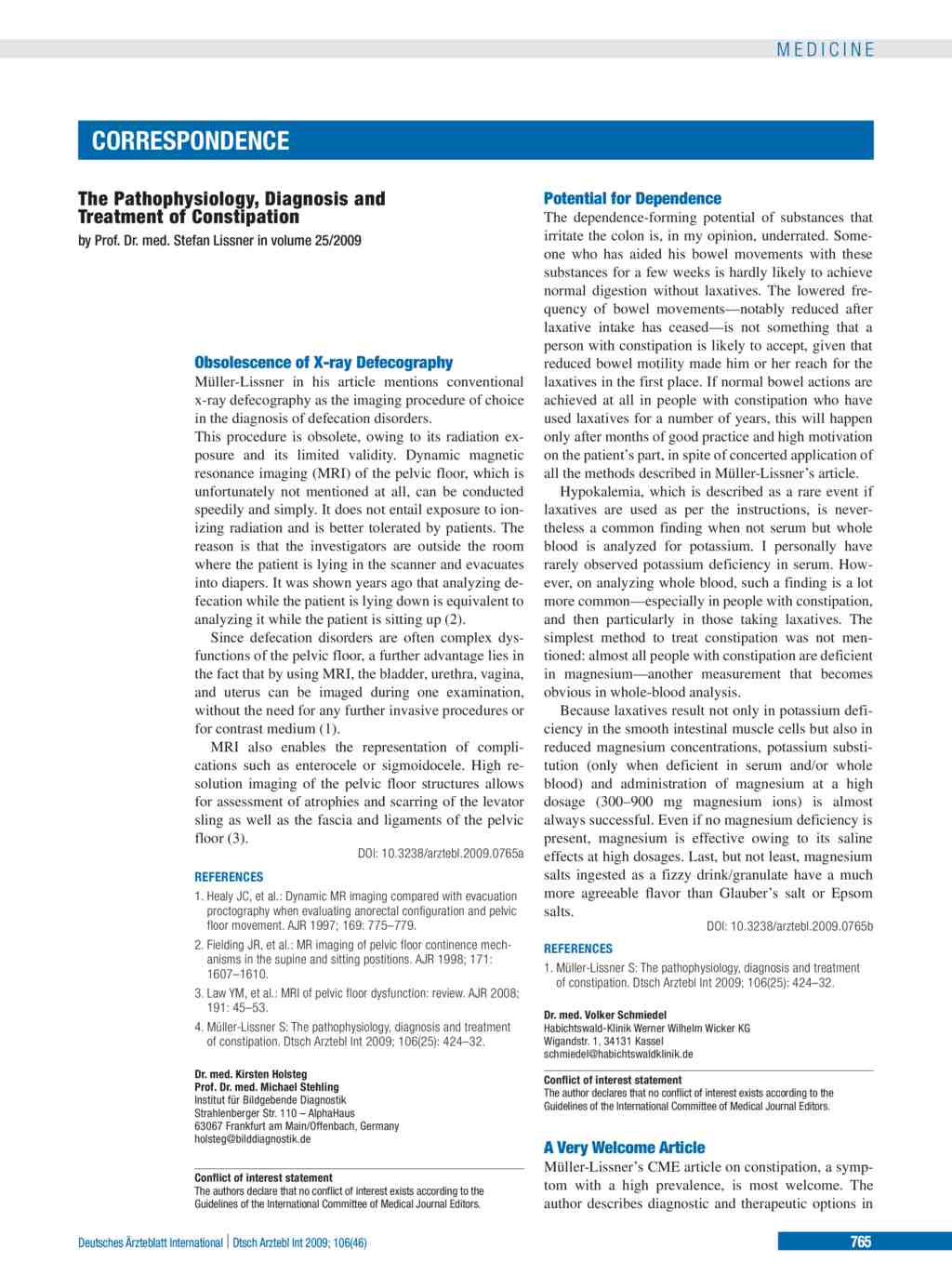