The Pathophysiology, Diagnosis and Treatment of Constipation: An Excellent Article

From the perspective of mainstream medicine, the author has summarized the topic in a didactically and thematically excellent way.

I wish to add the following facts, which deserve consideration:

“Abnormal intrinsic motility” is included among the pathophysiological components of chronic constipation. In order to activate or facilitate such abnormal motility, measures from conservative physical therapy or complementary medicine are available that all exert an influence on the autonomous enteric nervous system.

Such measures include colon treatment (5-point treatment according to Vogler, Kraus) and connective tissue massage as reflex zone therapy, in the sense of utilizing cutaneovisceral reflexes, as well as reflex zone therapy of the feet. The existence of reflex zones on the feet has not been neurophysiologically confirmed or proved, but last year, linked reflexes between the plantar surface and the knee were found in cats (1).

The empirical efficacy of plantar reflexology in influencing motility disorders of the gastrointestinal tract has been observed for a long time. We are currently researching this influence in a scientific study. There are data to show that reflex zone therapy of the feet improves the local circulation in the intestine when treating the zone that is associated with the colon (2).

In the context of complementary and extended complementary therapies and naturopathic treatments, moist, hot compresses on the abdominal region and osteopathic (visceral) techniques to stimulate motility and to accelerate delayed motility also deserve mention.

Patients with constipations should have the option of receiving these autoregulatory interventions.
DOI: 10.3238/arztebl.2009.0766a 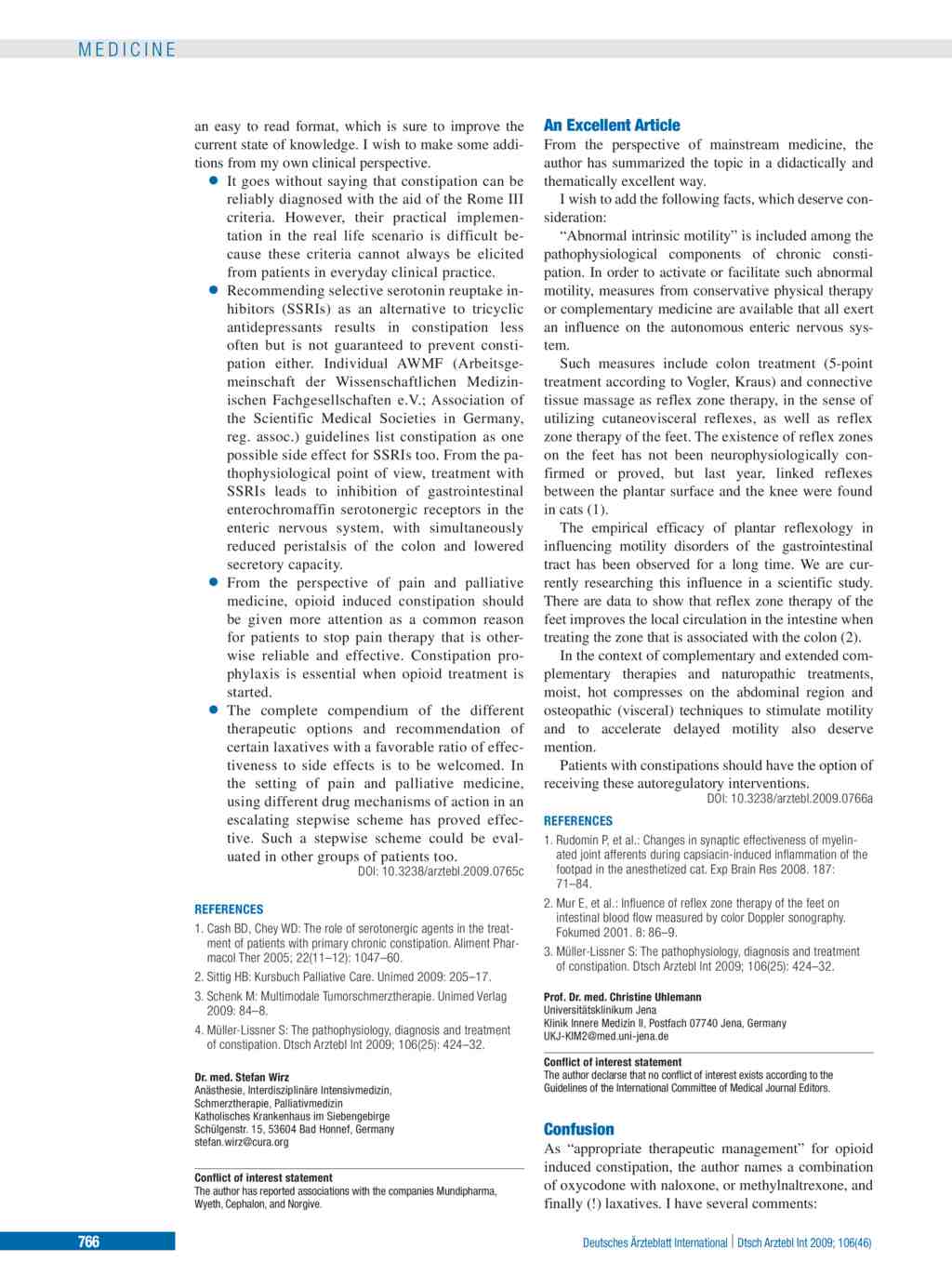