How Up to Date Was This Information?

I have several criticisms relating to the published box. No mention is made of its source.

In the United States, West Nile virus occurs to an epidemiologically relevant degree in birds and humans; transmission to humans in Germany has not occurred thus far, according to all reports that are currently available. Further investigations in the Robert Koch- Institute have not provided any indication of the pre - valence of this flavivirus in humans in Germany either.

SARS is the “severe acute respiratory syndrome” coronavirus, which was epidemiologically highly relevant in 2002 and 2003. A less pathogenic similar coronavirus caused a second small epidemic in China in 2004; since then, this zoonotic coronavirus has remained irrelevant for central Europe and the US.

Pneumocystis is clinically important after transplantation. However, since 2004/05, this fungus, which occurs in human beings, has been renamed Pneumocystis jirovecii and not Pneumocystis carinii. 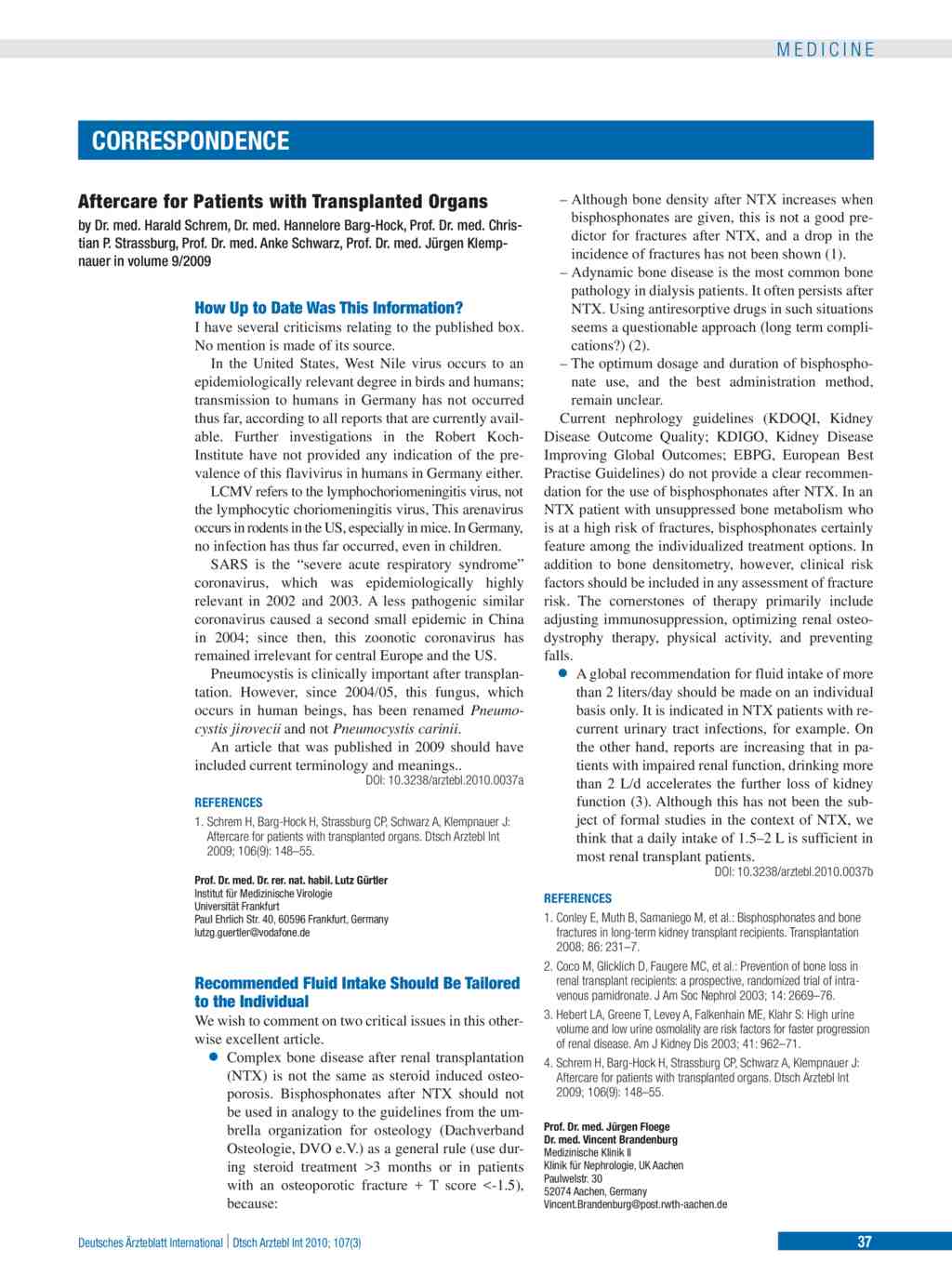