According to the authors, the article by Zopf and colleagues reflects the current state of knowledge about food intolerances on the basis of national guidelines and recognized databases. However, in many aspects the article does not reflect allergological guidelines or current knowledge. One example is the whole area of non-immunologically mediated food intolerances (non-allergic food intolerances): the authors include in this category intolerances with extremely varied underlying pathomechanisms and report an overall prevalence of 15–20%. The summary does not reflect the current terminology used by the European Academy of Allergy and Clinical Immunology (EAACI) and implicates a wrong impression for readers with regard to the clinical relevance of the listed intolerances.

• Intolerance to salicylates has not been confirmed for ingestion via food but primarily after administration as a medical drug (for example, in ASS intolerance).

• The so called histamine intolerance is attributed to a deficiency of the histamine-degrading enzymes diaminoxidase (DAO) and, possibly, histamine-N-methyltransferase (HNMT). Such deficiencies have been reported in the literature in individual cases, but it is not known whether symptoms after oral ingestion of small amounts of histamine are caused by such animpaired histamine breakdown. A pathology with a genetic enzyme deficiency of diaminoxidase, such as is reported in Table 1, has not been confirmed.
DOI: 10.3238/arztebl.2010.0039b 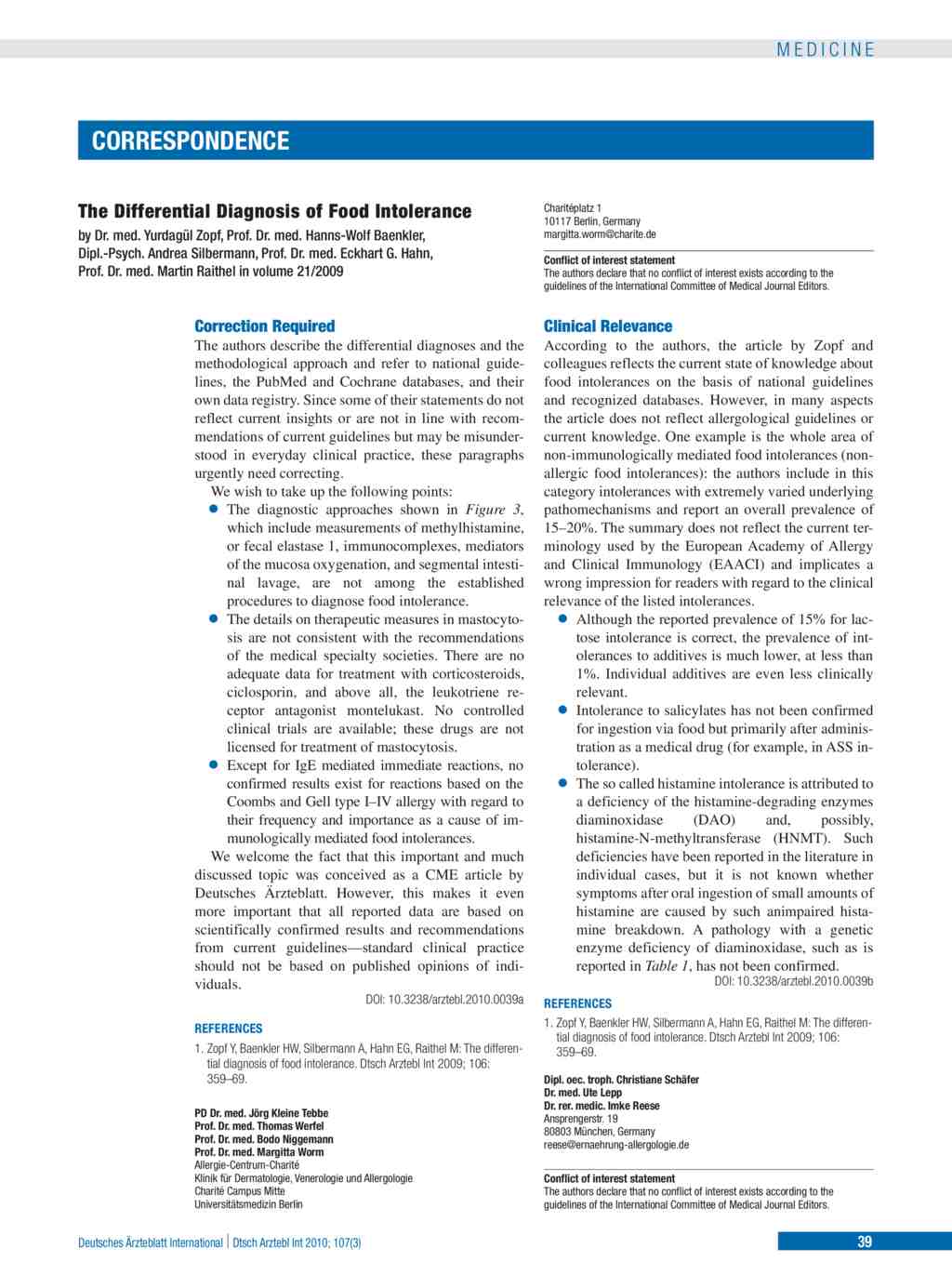