Some 10000 study participants were recruited by specialist physicians in private practice in the German state of Saarland for the data analysis of the ESTHER (Epidemiological Study on the Chances of Prevention, Early Recognition, and Optimized Treatment of Chronic Diseases in the Older Population) study’s baseline examination (4).

As the clinical director of the hospital for internal medicine V (pneumology, allergology, respiratory and environmental medicine) at the University Hospitals of Saarland, I was very surprised by the evaluations of this baseline examination.

The analyses did not take into consideration smoking related pulmonary pathologies, such as chronic obstructive pulmonary disease (COPD) or cancers—especially lung carcinoma—although the internationally acknowledged epidemiological cancer registry in Saarland participated in the study.

In 1950, the British researcher Sir Richard Doll described for the first time the association between smoking and lung cancer (1). He later expressed regret that he had not included comorbidities (such as COPD) in his deliberations immediately at the outset of his clinical observations (2). It seems that the ESTHER study is subject to an identical error—namely, that diseases that are extremely important as smoking related comorbidities were not included. The result is a limited perspective, and the question arises of how such an epidemiological study was done with such a narrow approach. Surely, additional questions to the study participants, to elicit additional diseases and comorbidities, and their evaluation would not have been excessively time consuming or elaborate. A valuable opportunity was thus missed to collect data on these comorbidities—much as in a series of other studies in smokers (3).
DOI: 10.3238/arztebl.2010.0059b 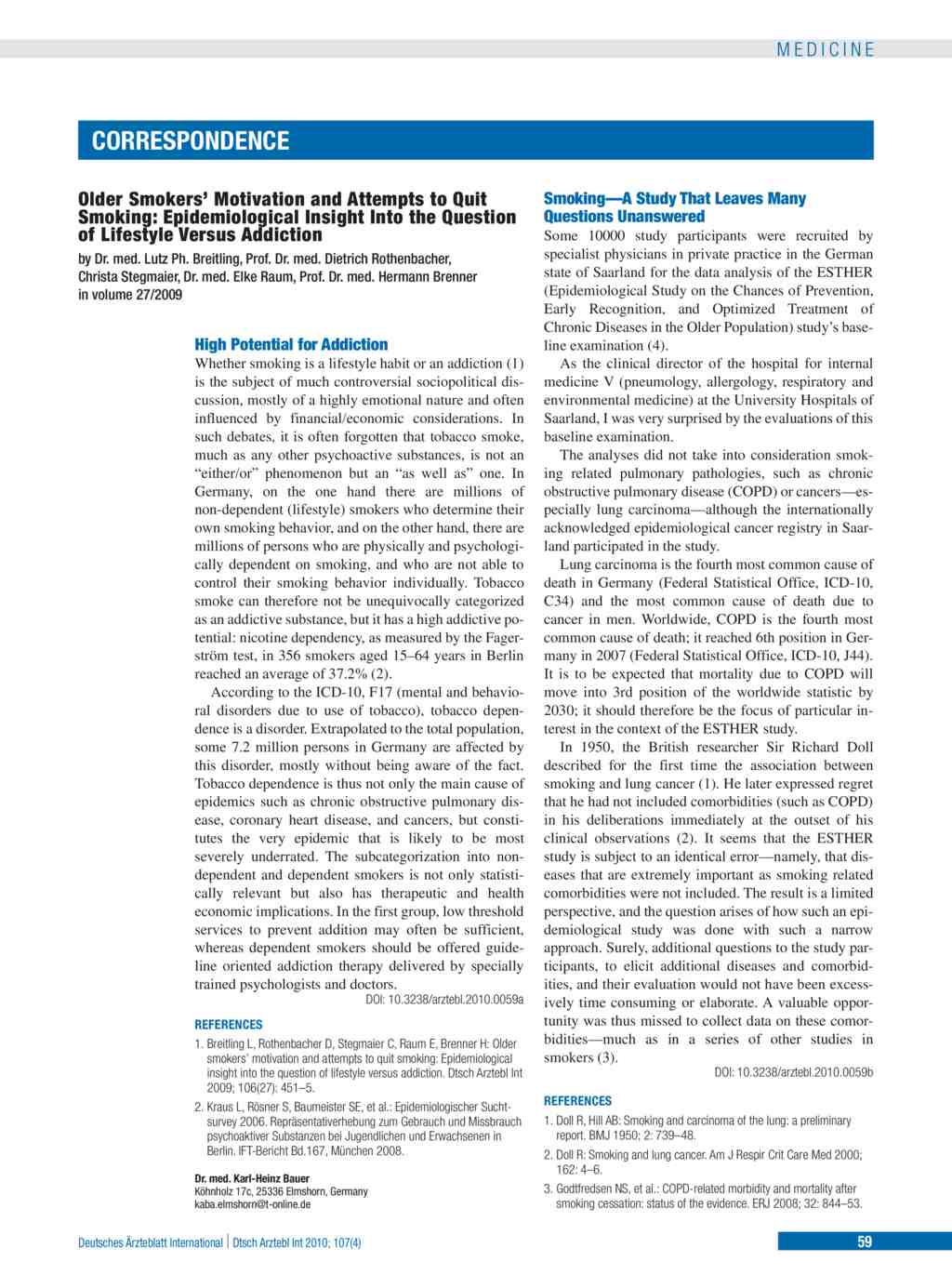