We were pleased to note the interest taken by Dr Bauer and Professor Dr Sybrecht in our work.

Bauer’s observations seem to be mostly consistent with our own explanation of the problems, whereby we were not able to go into great detail about many aspects of smoking behaviour—dependent or non-dependent—for reasons of space. As Bauer himself mentions, tobacco smoke does not differ from other psychoactive substances in terms of non-dependent consumption. While our article did not intend to imply an “unreserved classification as an addictive substance,” Bauer’s subsequent explanation of tobacco dependence as “the epidemic that is likely to be most severely underrated” confirms the fact that the addictive aspect of smoking still does not receive the attention that it deserves.

In our article, we focused on cessation attempts and willingness to stop smoking in persons with prevalent cardiovascular disorders and risk conditions. The associations between smoking behaviour and lung cancer as mentioned by Sybrecht are, of course, undisputed and of great importance. An evaluation stratified by the presence, or otherwise, of a lung cancer, such as requested by Sybrecht, would not have been informative in the current scenario, since the known poor prognosis of these diseases means that the prevalence in the general population is low, although the incidence is relatively high. Only 7 out of 1652 smokers in our analysis reported having been diagnosed with lung cancer.

In our original article, we were able to explain only a small, part aspect of the ESTHER study. The study naturally includes extensive data collections about other important diseases, such as COPD; these have been, or will be, reported elsewhere.
DOI: 10.3238/arztebl.2010.0060 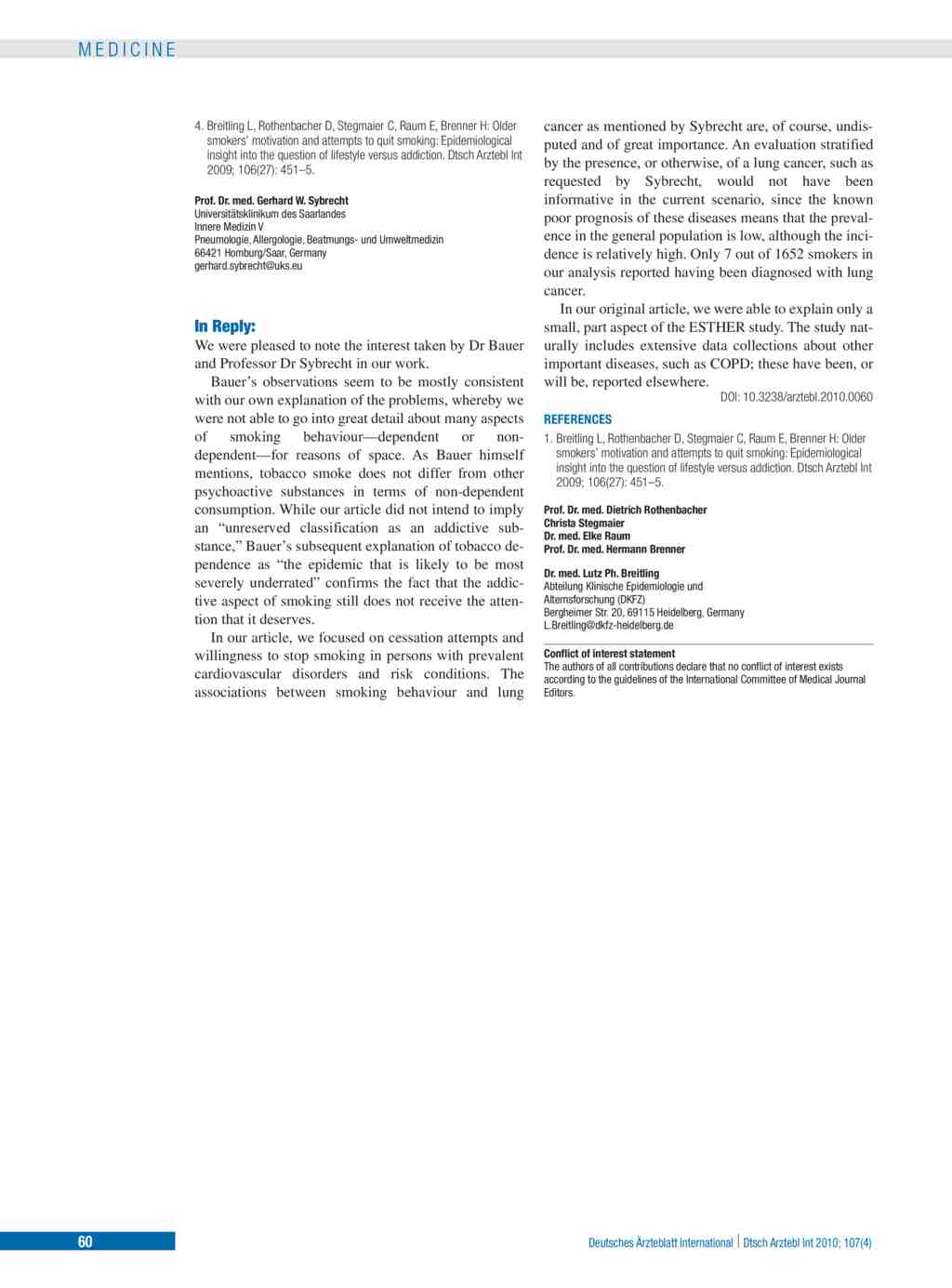