The paragraph describing conservative therapies requires an addendum. The authors recommend physiotherapy and reducing the patients' level of activity, but they completely omit diminishing load to the hips. They doubt the effect of weight-relieving orthoses and cite in support studies by Kallio et al (1) and Kallio and Ryöppy (2). Neither study, however, investigated the effects of orthoses but measured intraarticular pressures that distend the hip joint at 2.4–3.4 kPa correlating with a fraction of what hip joints are bearing when walking, . The conclusions of these studies are irrelevant in terms of whether orthoses relieve weight.

How the weight relief should be delivered will need to be answered on an individual basis and in cooperation with the parents. An alternative to crutches is offered by weight-bearing orthoses, whose reputation seems to be undeservedly poor. Even if it is assumed that orthoses provide only partial weight relief, they still reduce the number of harmful changes in load and bring about an absence of symptoms from the first day. They release parents/carers from the pressure of having to slow down and supervise their children at all times, which can only be a weighty argument at a time when increasingly both parents work.
DOI: 10.3238/arztebl.2010.0062a 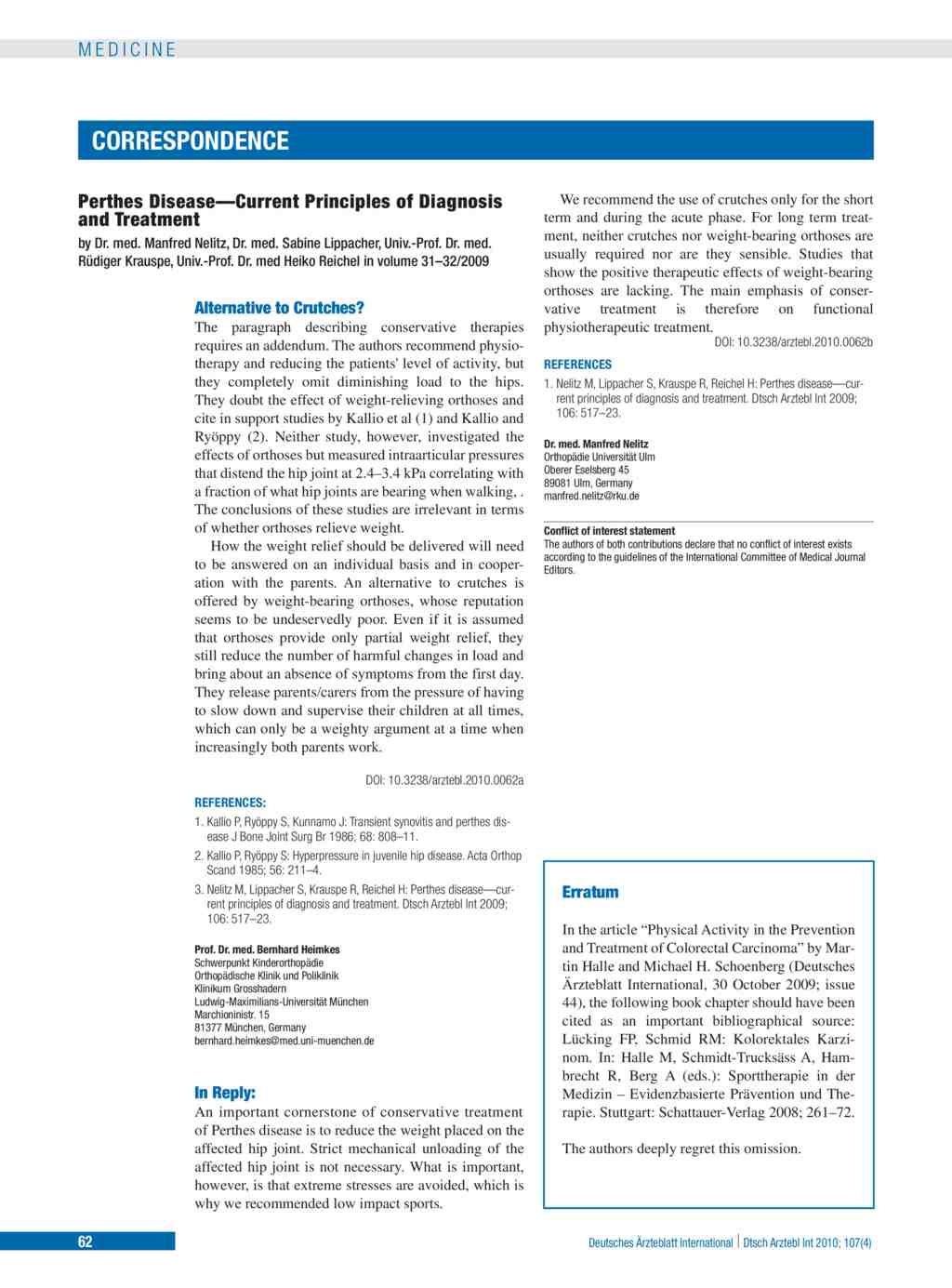