We thank Professor Vinz for his helpful addendum that acute appendicitis should be considered as a differential diagnosis for infectious gastroenteritis. However, we do not share his view that appendicitis is the most common differential diagnosis for acute gastroenteritis and that the ratio is one case of appendicitis in every 100 cases of acute diarrhea. As we explained in our article, the acute gastroenteritis peaks in older infants and young toddlers, who experience an average of 2 episodes of diarrhea per year. Acute appendicitis, however, affects mainly school children; the ratio in this age group is 4 cases per 1000 children per year. By contrast, acute appendicitis is much rarer in infants and toddlers. In a retrospective analysis of the pediatric hospital in Toronto, which analyzed data from 28 years, only 2.3 % of all children were younger than 3 years (1). However, an atypical presentation with delayed diagnosis and a high risk of perforation is common in these young children. 41 % of toddlers with appendicitis had diarrhea, whereas this symptom was observed in less than 20 % of school children. A systematic review has shown that in children who presented to emergency outpatient departments because of abdominal pain, fever and rebound tenderness were the best discriminators (positive likelihood ratio 3.4 and 3.0), whereas rectal examination, vomiting, diarrhea, and the leukocyte count were not that helpful (2). Acute appendicitis remains a clinical diagnosis. We agree with Vinz that if in doubt, a child should be admitted as an inpatient and should be thoroughly clinically evaluated.
DOI: 10.3238/arztebl.2010.0072b 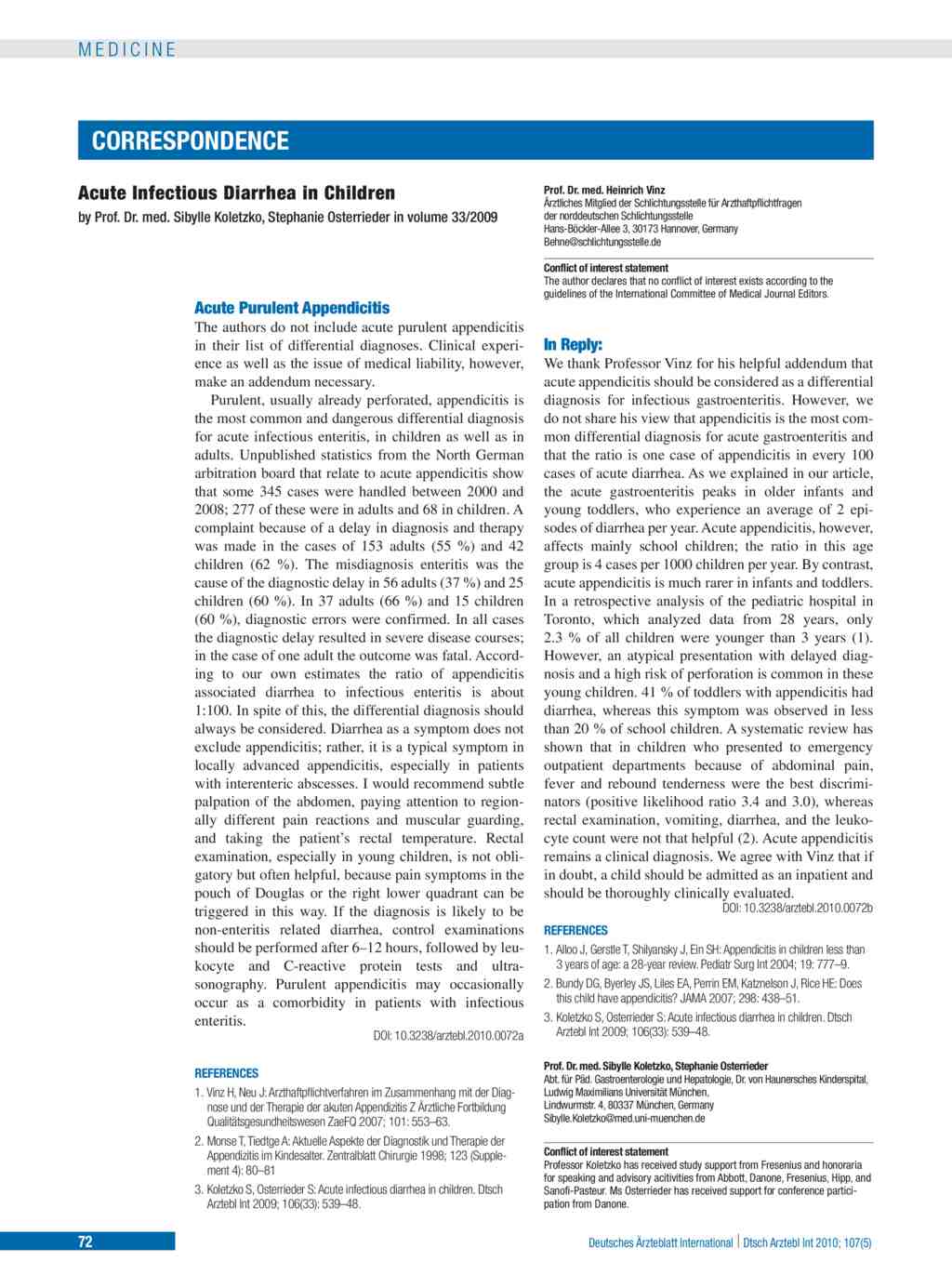