I can only agree with Becker’s comments. The development of the epididymis arises from the so called Wolff canal. When this connection is lacking the result is different degrees of testicular-epididymal dissociation that are the more pronounced the less the testicle descends in a caudal direction (1). It therefore seems correct to conclude that, due to these anatomical misplacements, hormone therapy is less successful—among other things—than originally expected. In the context of expected fertility, epididymal-testicular dissociation also plays a part. In cases of severe dissociation, sterility is highly likely (2).

Becker is certainly right in saying that retractile (hypermobile) testicles are often misdiagnosed as sliding testicles requiring surgery. Vice versa, the same is bound to be true. Sliding testicles requiring surgery are often misdiagnosed as retractile testicles that do not need treatment. Again, this just emphasizes the urgent need for collaboration of colleagues from different specialties and disciplines.

Unquestionably, substantial surgical experience and skill is required to operate on patients with cryptorchidism. In this regard, the results should be monitored internally as well as externally.

I cannot but agree with Städtler’s comments, especially his skepticism regarding hormone therapy. Histological findings of inflammation and increased apoptosis in children who were given HCG after their first birthday have resulted in a general rejection of hormone treatment in other countries (3, 4). However, because of methodological weaknesses in these studies, the current S2 guideline on cryptorchidism recommends hormone therapy during the first year of life only, since this seems to benefit the maturation of the germ cell epithelium.
DOI: 10.3238/arztebl.2010.0073c 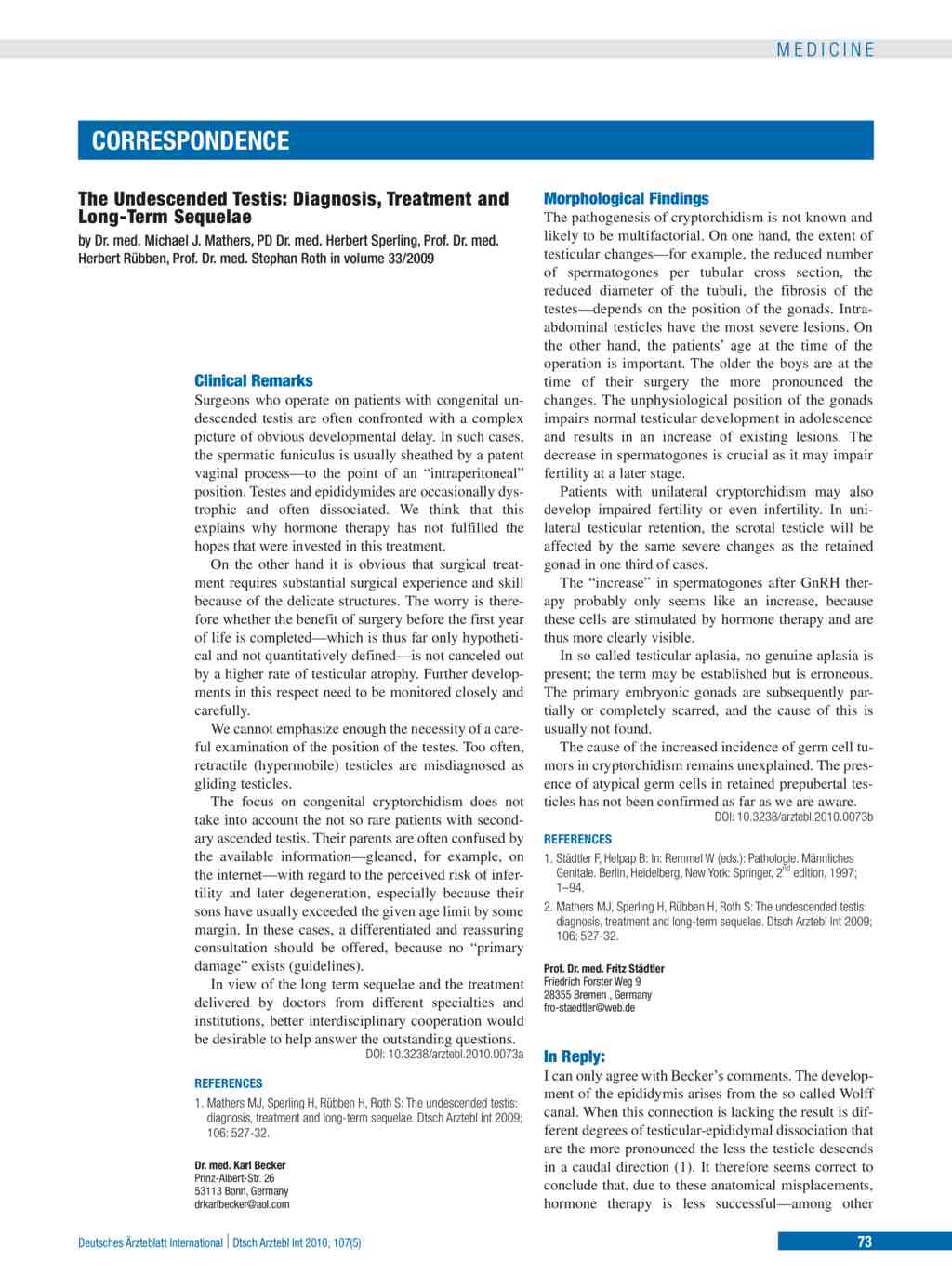