It is unfortunate that an article was published that seeks to apply the same scheme to the treatment of a pathology in adults and children. In view of the well known particularities of infants and toddlers, this is not actually possible. Simultaneously, the recommendation was to treat children younger than 10 years who present with a burn injury in a burn care center. This is not consistent with either the cited reported guideline recommendations or the real treatment options. Referring every child with typical degree II inhalation scald of 10% of body surface to a burn care center is neither necessary nor feasible. I also doubt whether even highly specialized plastic surgeons can detect the degree of a burn injury during initial treatment, especially in the critical range between degrees IIa and IIb. In my experience, a definite classification is possible only after several changes of dressing. Assessment on location, combined with rescue maneuvers, cooling treatment, possible poor visibility owing to contamination or remnants of clothing cannot be compared with the facilities available in an emergency ward.

As with the recommendation about children mentioned above, the cited reference by Cone has been interpreted in a highly idiosyncratic manner. Cone reports that the extent of the burn is overestimated in 75% of cases, but no mention is made of the degree.

In summary, review articles should either point out very clearly the differences between children and adults or restrict themselves to one group only.
DOI: 10.3238/arztebl.2010.0100a 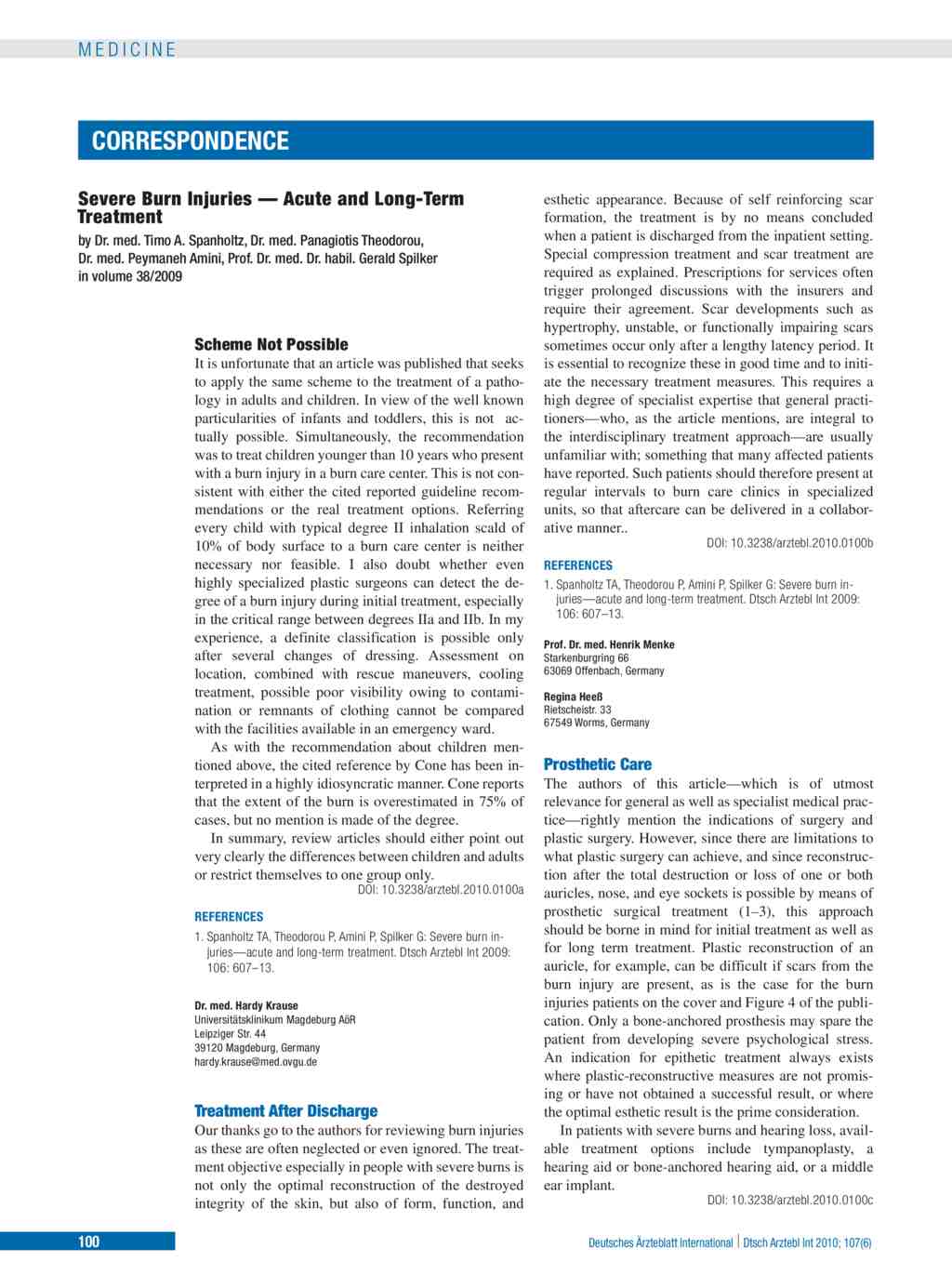