The confirmed pathogen Mycobakterium avium intracellulare is in the group of non-tuberculous mycobacteria—also known as ubiquitous mycobacteria or “mycobacteria other than tuberculosis” (MOTT). In contrast to tuberculosis, the strain cannot be transmitted from person to person and the disease is not notifiable under the infection protection law. The described case is thus not one of tuberculosis of the bone—the title is erroneous and incorrect.

Where non-tuberculous mocyobacteria are found, the case may be one of saprophytary colonization without clinical significance or a manifest infection that requires therapy. Mycobacterium avium complex is the most common non-tuberculous bacteria species that is associated with pathologies in humans.

The first diagnostic puncture did not provide any histological indication of tuberculosis. Because of the raised inflammatory markers and the positive Tine test, tuberculosis was then considered as a possible differential diagnosis. In the abscess specimen obtained in February 2001, no acid-fast bacilli were found on microscopy—I presume this refers to direct microscopy. The result of a TB culture is not reported. Using a positive culture from this specimen would have enabled the correct diagnosis earlier on, as is mentioned in the discussion section. No mention is made of whether an antibiogram was available. To select the medication on the basis of a positive culture and a confirmed pathogen alone is not consistent with latest clinical practice because therapy without an antibiogram is equivalent to “blind” therapy and entails the risk of—potentially fatal—resistance developing. Especially the treatment of non-tuberculous mycobacteriosis is difficult and takes a long time—18–24 months as a rule.
DOI: 10.3238/arztebl.2010.0148c 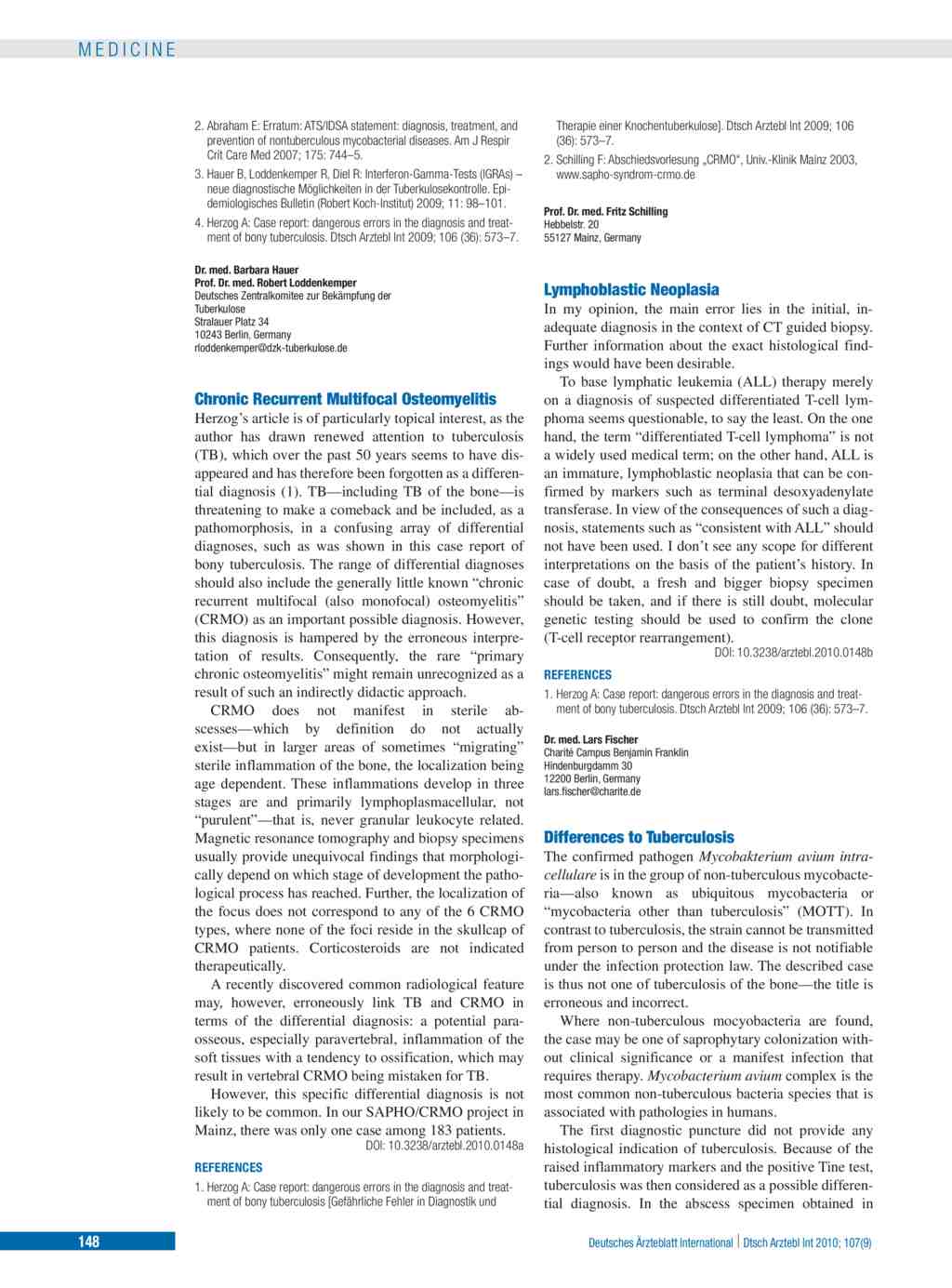