The spectral permeability of intraocular lenses (IOL) determines the known “blue hazard” for the retina, which affects the development of age related macular degeneration (AMD). On the one hand, the blue hazard causes irreversible damage to the blue receptors. Further, the yellow lipofuscins that are deposited during the daily partial replacement of the outer segments of the photoreceptors on the retina tend to fluoresce in the blue light. This light energy activates the oxygen that is present, resulting in the formation of highly active, toxic radicals (reactive oxygen species, ROS). These can be warded off only to a degree.

The eye protects itself against UV damage because the lens absorbs UV light and may thus develop a cataract. The age related yellowing of the lens is akin to an increase in the blue protection and makes sense physiologically because with increasing age the risk of retinal damage increases owing to the imbalance of ROS lipofuscins and repair mechanisms.

The blue hazard that is caused by a colorless intraocular lens is clearly in excess of that of a 4 year old child (!) and, because it happens to a retina that is already weakened, it increases the risk of AMD. For the violet and blue spectrum, the blue-filtering intraocular lens imitates the permeability curve of the lens of a 50 year old. Although several questions remain unanswered (1), the blue-filtering lens should be preferred and colorless lenses used only for particular indications. 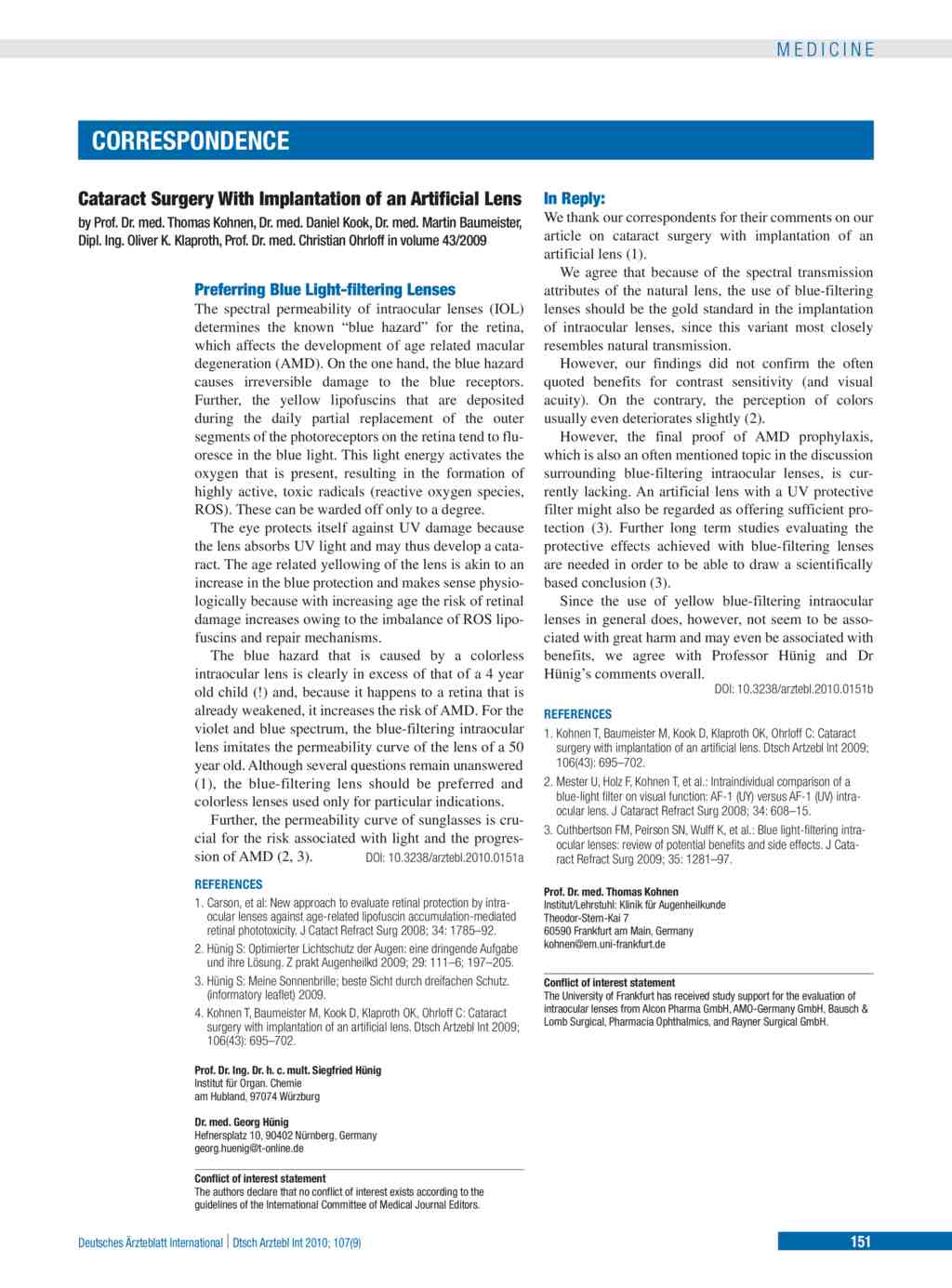