The review by Professor Suckfüll of sudden idiopathic sensorineural hearing loss reminds us that neither etiology, nor risk factors, nor treatment options in this relatively common pathology (160 per 100 000 population) (1) have been scientifically studied, and that the number of cases of spontaneous remission is substantial. Somewhat prominently stated, however, is the idea—pointedly articulated and supported by a CME question—in the literature review that sudden hearing loss may be a warning signal for stroke. In support, Suckfüll cites a publication (2) that compared 1423 patients in whom sudden sensorineural hearing loss had been encrypted with 16 413 appendectomy patients—on the basis of a notification system in Taiwan, retrospectively, and with exact age and sex.

He concludes that the risk of stroke was 1.64 higher than that of the control group. The authors of the original study interpreted this association—still termed speculation—rather more cautiously and point out the limitations of their database, but Suckfüll amplifies the statement and asks for this association in the CME appendix by making an unequivocal statement.

It does make perfect sense to examine hearing loss patients internistically and neurologically, in order to detect existing vascular risk factors early, and treat these if required. This was the most important finding in the original study by Lin et al (2).

We worry that presenting an undifferentiated association between hearing loss and stroke, which is postulated as confirmed, will only serve to undermine the confidence of doctors who are not continually confronted with this pathology and to increase their professional anxieties in their consultation with patients.
DOI: 10.3238/arztebl.2010.0197 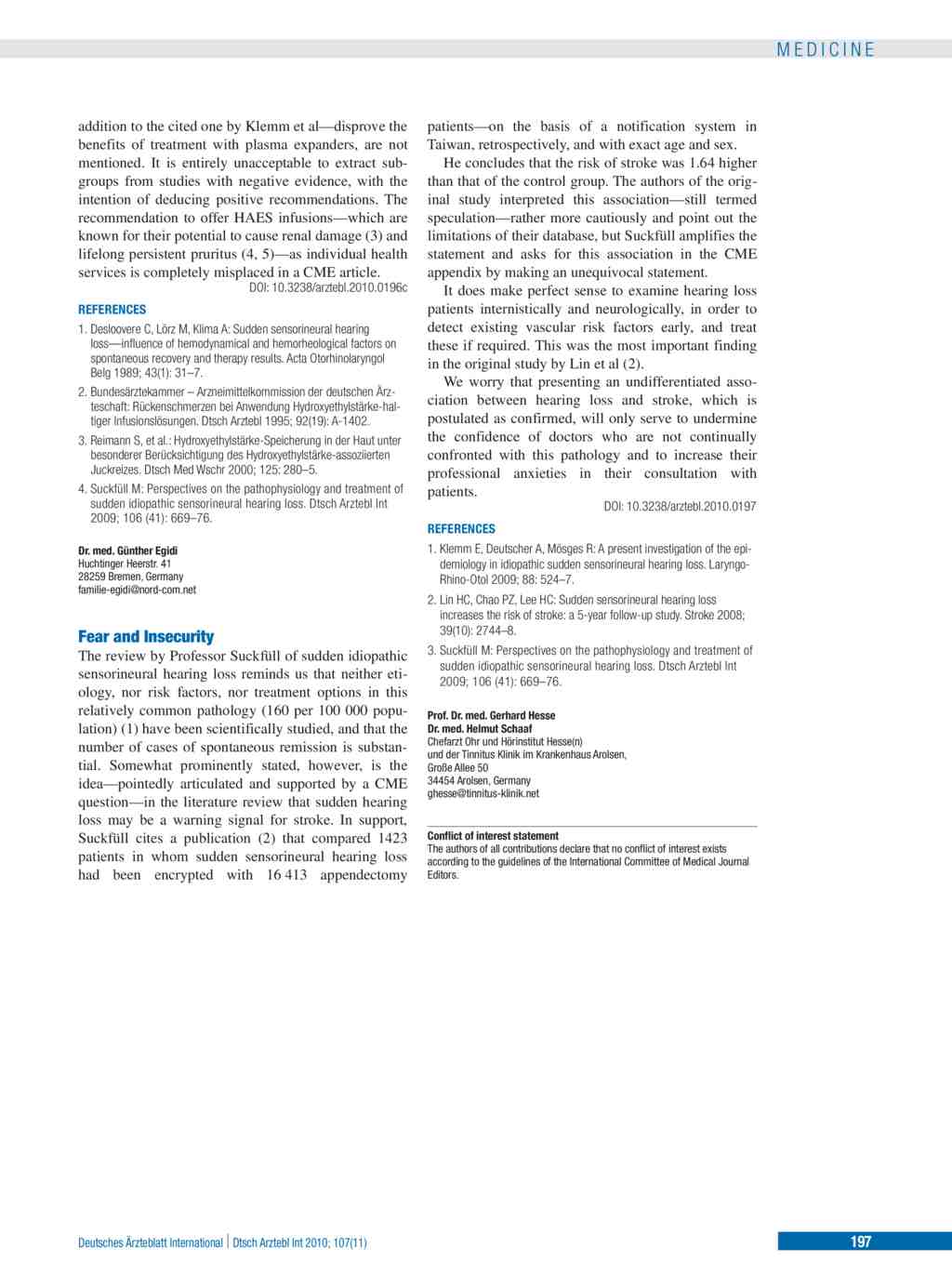