Association With Increased Risk of Stroke

The authors have presented an interesting overview of morbidity and mortality in overweight. They come to the conclusion that the generally accepted assumption that overweight is associated with increased risk of morbidity and mortality is no longer tenable and that it must be specified more precisely. Unfortunately, when the authors selected their search terms, they missed some important articles on the association between overweight and cardiovascular or cerebrovascular diseases which have a decisive effect on morbidity and mortality. Hu et al. (1) reported a population-based study with about 50 000 participants. They demonstrated an association between body mass index (BMI) of 25–29 kg/m2 and an increased risk of stroke. Our research group has recently reported the result of a case-control study with 1137 participants, which demonstrated an association between abdominal overweight and increased risk of stroke (2).

It follows that the statement in the article that there is “no association with stroke risk” is untenable. This is based on a study in the Asia-Pacific area and cannot be directly transferred to the European population. We refer you to Yusuf et al. (3) for the association between overweight and myocardial infarction.

We agree with the authors that the morbidity associated with overweight must be specified more precisely. Nevertheless, the important role of overweight in cerebrovascular and cardiovascular diseases should not be neglected, as, taken together, these are the most important causes of mortality and handicap in adults.
DOI: 10.3238/arztebl.2010.0214b 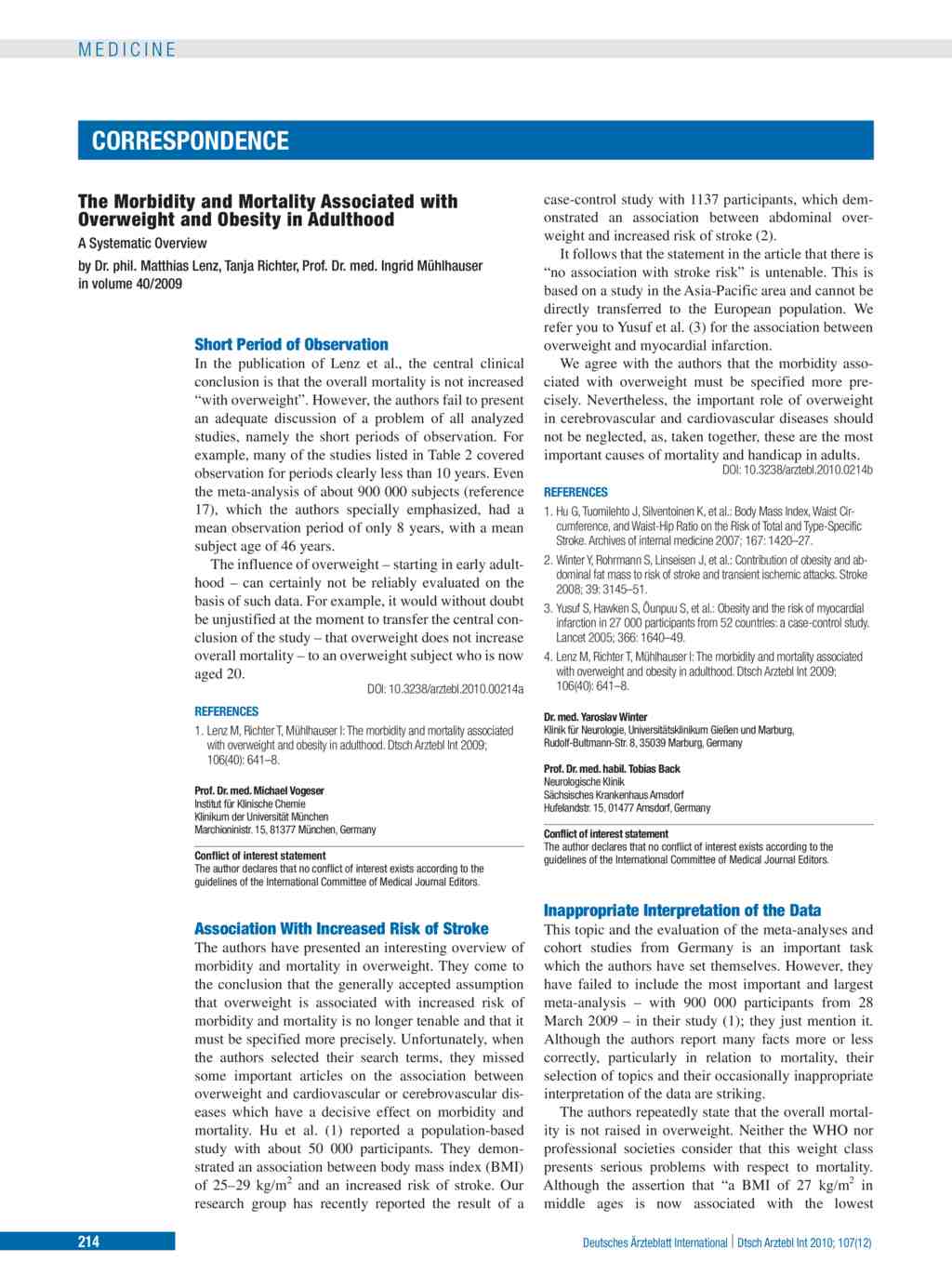