This is not an attempt to forcefully rehabilitate studies with the “old” antioxidants. However, two of the meta-analyses that Wingler and Schmidt cited in their very readable article (1) have come under strong criticism. The main result of the study reported by Bjelakovic et al (2007) was that in the total analysis of all 68 studies, intake of the 5 implicated micronutrients (vitamin E, vitamin C, vitamin A, beta-carotene, and selenium) had no significant effect on mortality (relative risk 1.02). Only when the authors subcategorized the 68 studies according to their own criteria into 47 with low bias and 21 with high bias, they found that mortality was slightly raised (RR 1.05) for the studies with low bias and reduced for those of “low” quality (RR 0.91).

Bjelakovic et al have ignored further fundamental principles of meta-analysis by categorizing 4 physiochemically entirely different molecules and a trace element as “antioxidants” and by including studies with observational periods of between 1 day and 12 years. For 2 studies they used incorrect mortality data and were forced to publish a comprehensive correction in JAMA when prompted by the author of this commentary (2).

The allegedly raised total mortality in the subgroup of “methodically sound” studies went down by another percentage point. The results were also driven by the negative results of known studies of beta-carotene and vitamin A in male smokers who consumed vast amounts of alcohol. The cited Miller study into vitamin E was examined in detail and almost discredited (3).

The question that remains to be asked is why the important links between ã-tocopherol and the NO metabolism were not explained—the substitution of ã-tocopherol (by á-tocopherol) would even offer an explanation for the failure of the decades of á-tocopherol monomania (4).
DOI: 10.3238/arztebl.2010.0224b 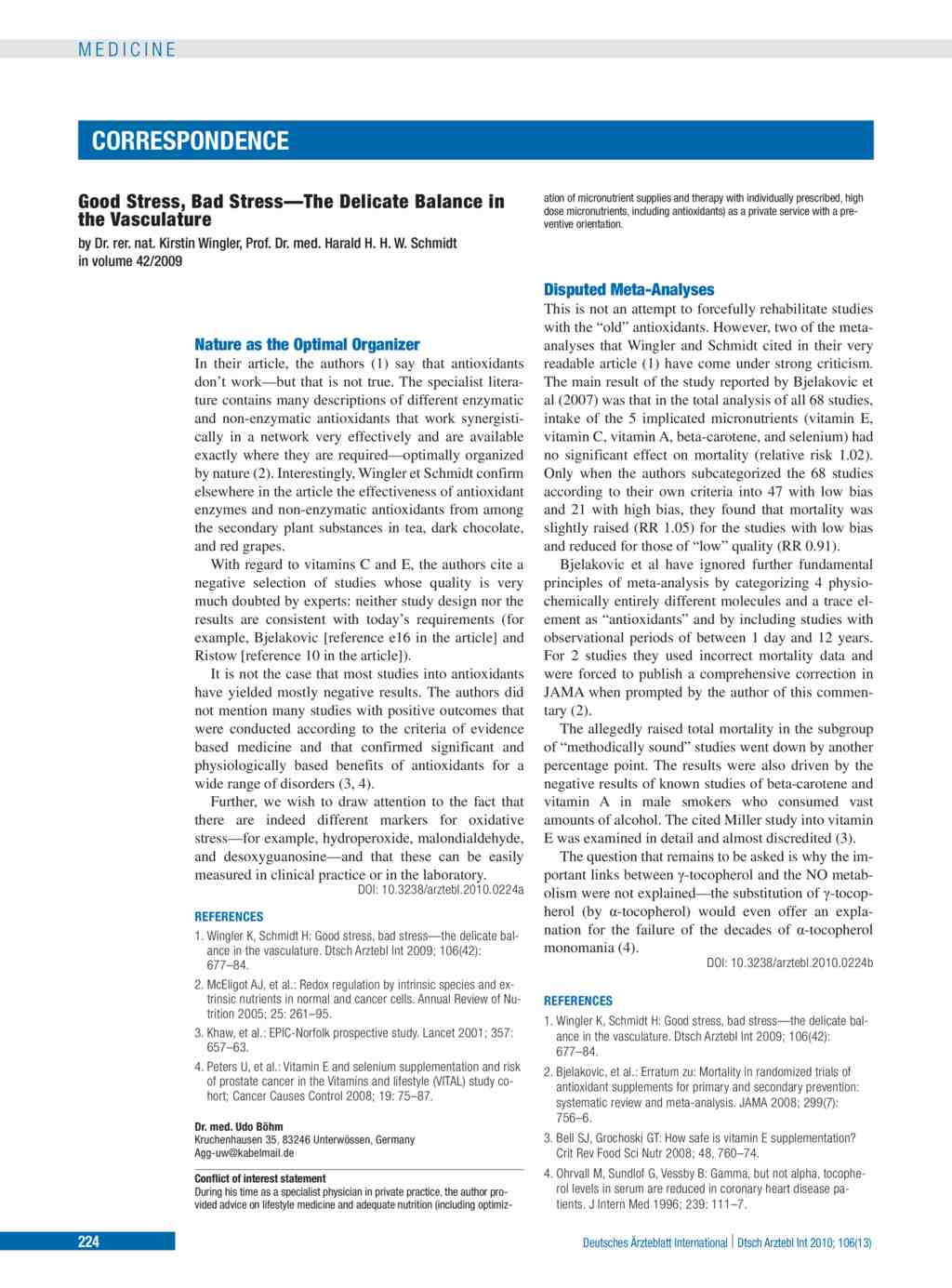