We thank Dr Korsten-Reck for pointing out the protective effect of physical activity for preventing pre-eclampsia. As with atherosclerosis, reasonable physical activity is likely to improve insulin sensitivity, reduce oxidative stress, and suppress inflammatory cytokines in pre-eclampsia, and to have a positive influence on the endothelial function (1). Two small randomized controlled trials in women with high risk pregnancies have shown a trend towards a preventive effect of aerobic exercise versus normal physical activity without reaching evidence (review by 3). Subsequent case-control studies reported a 34–35% reduction in risk of pre-eclampsia in women who engaged in any regular physical activity during the first 20 weeks of pregnancy and the year before pregnancy compared with inactive women (review by 2). Gavard and Artal critically evaluated these studies (2). Despite bias problems and different study protocols the studies gave evidence for a protective effect of regular physical activity against pre-eclampsia without harmful effects for mother and child. However, to evaluate this problem conclusively, further well-defined, prospective studies are needed.

In any case, exercise of defined intensity and duration should be included in the overall concept for lifestyle changes, especially in pregnant women at risk, preferably before they consider becoming pregnant. This is the task of the general practitioners and gynecologists.

Women with a history of pre-eclampsia have an increased cardiovascular risk in later life. They should be counseled on the protective cardiovascular effect of physical activity.

The reader’s letter by Dr Hein about sleep related breathing disorders in pre-eclampsia is important and highly relevant for medical practice—obstetricians should be aware of this risk and bear it in mind.
DOI: 10.3238/arztebl.2010.0227c 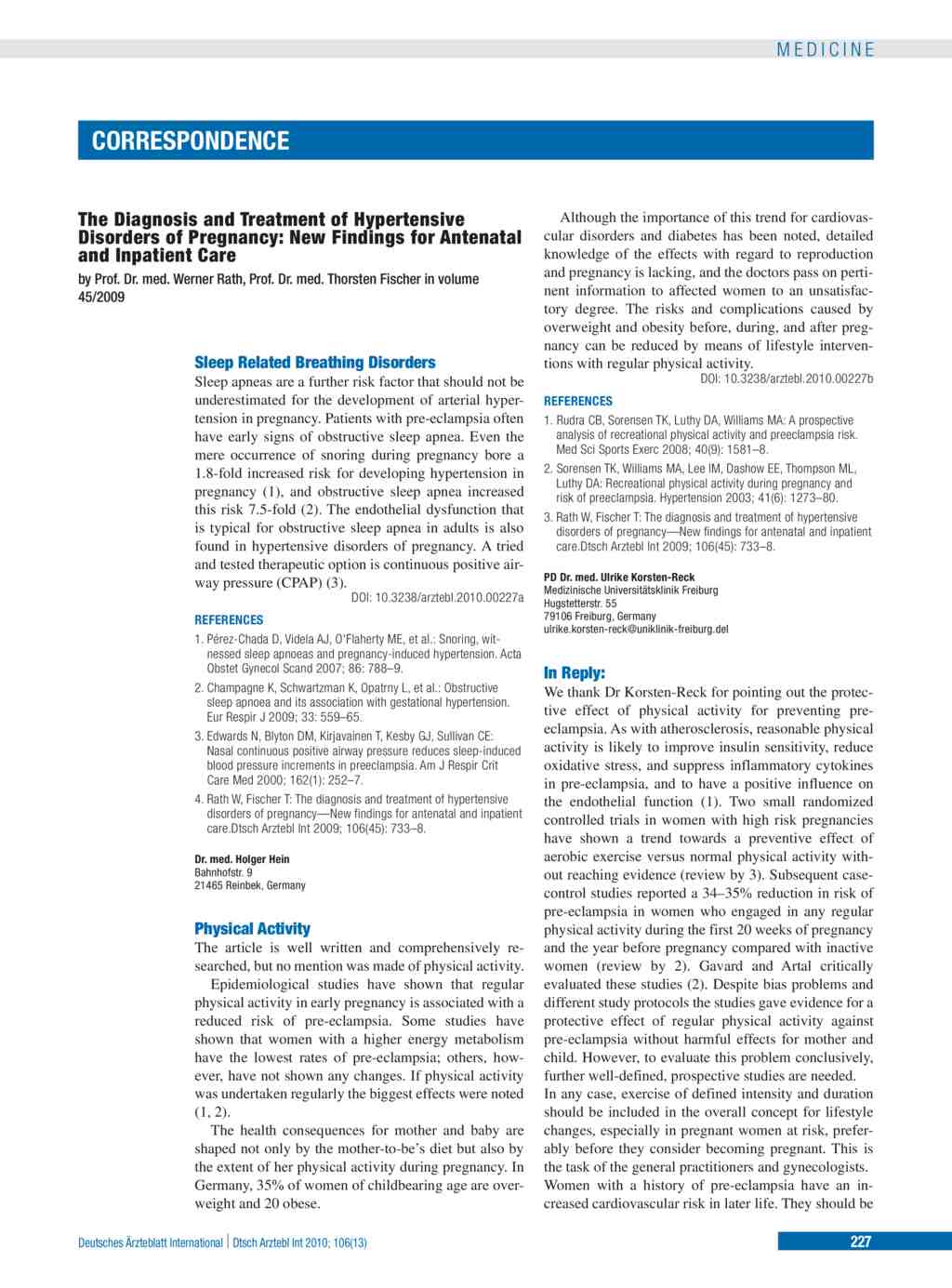