Winzer et al report early experiences with the new influenza A (H1N1/09) for the time period from April to September 2009. The authors emphasize that the disease course was mostly mild and rarely necessitated inpatient treatment. In most cases—including children—nothing worse than the typical flu symptoms were diagnosed.

We wish to share our own observations of an unexpected rate of neurological complications in 6 hospitalized children (age: 6 weeks to 8 years) infected with the influenza virus A(H1N1/09) in Berlin in November 2009. In addition to flu symptoms (and, in one case, initially gastrointestinal symptoms), the disease manifested, or over the initial 3 days presented, as impaired consciousness levels, somnolence, agitation (in some cases accompanied by hallucinations), and seizures (in 2 schoolchildren who were not of the age when febrile seizures usually occur). One patient had to be mechanically ventilated because of central breathing disorder with apneas/attacks of cyanosis and intermittent hyperventilation (pCO2<20 mm Hg). In all patients, influenza A(H1N1)-RNA was confirmed in a nasopharyngeal swab, but not in cerebrospinal fluid (CSF findings [cell count, protein] were normal). Magnetic resonance tomograms of the cerebrum were normal, transient changes of the EEG (retardation) were noted. However, no patient developed any severe pulmonary complications. All were treated with oseltamivir, made a full recovery, and were discharged without any neurological deficits.

As is the case for seasonal influenza (2), children with novel influenza may develop neurological symptoms (3), which—in the presence of normal CSF findings and in the absence of virus in the CSF—can be categorized as encephalopathy. In children with febrile infections and suspected encephalitis/encephalopathy, diagnostic testing for influenza A(H1N1) should be initiated and if infection is suspected, treatment with an antiviral drug (oseltamivir) should be started (3). The parents of children who receive outpatient treatment should be informed of such possible complications and be advised to seek out their doctor immediately.
DOI: 10.3238/arztebl.2010.0229a 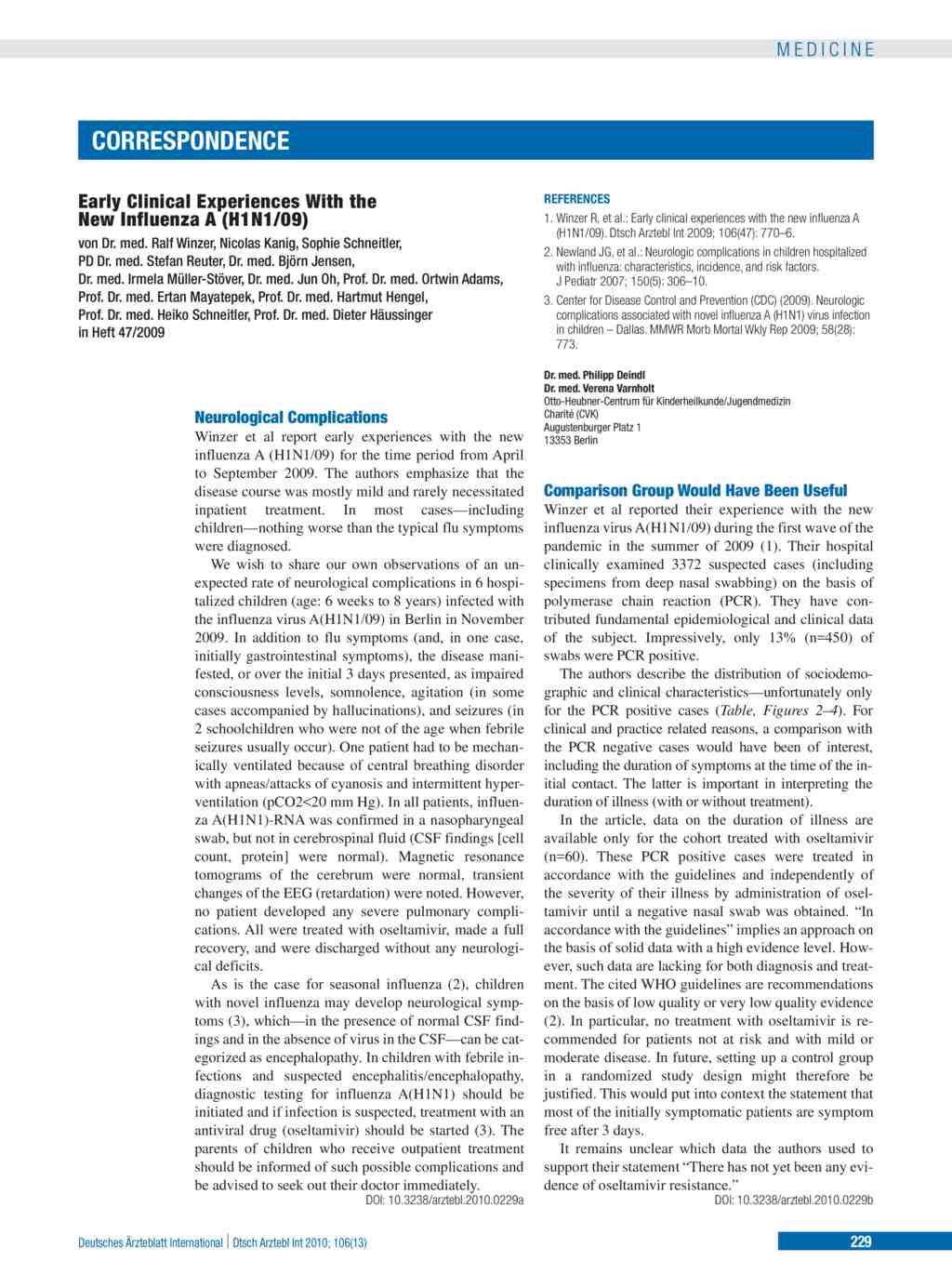