Dr Moßhammer and Dr Eissler point out that we did not include a comparison group in our report of early clinical experiences with the new influenza virus A (H1N1/09). What has escaped their attention, however, is the fact that we did not report a clinical study but our experiences with early cases of the new influenza virus A (H1N1/09) in the summer of 2009. At that time, strict containment strategies were adhered to for suspected cases, but nonetheless, symptom free contacts were also examined. To assemble the latter into a comparison group would not serve the purpose of interpreting the duration of illness. In these early months of the disease emerging in Germany, treatment with oseltamivir followed the guidelines issued by the World Health Organization. If mention is made of guideline conform treatment this does not in any way imply any quality of evidence.

In our article, we reported early experiences with cases of this new disease in Germany, whose course was uncertain at that time. The statement that, at that time, there was no evidence yet of any development of oseltamivir resistance has been repeatedly confirmed in the literature (1).

By contrast, the correspondence by Dr Deindel and Dr Varnholt is an important addition, even though they mention observations that date back only to November 2009. At that point in time, the number of cases of H1N1 in Germany had risen substantially, so that more severe cases were increasingly reported. The neurological complications of H1N1 infections very much deserve consideration.
DOI: 10.3238/arztebl.2010.0230 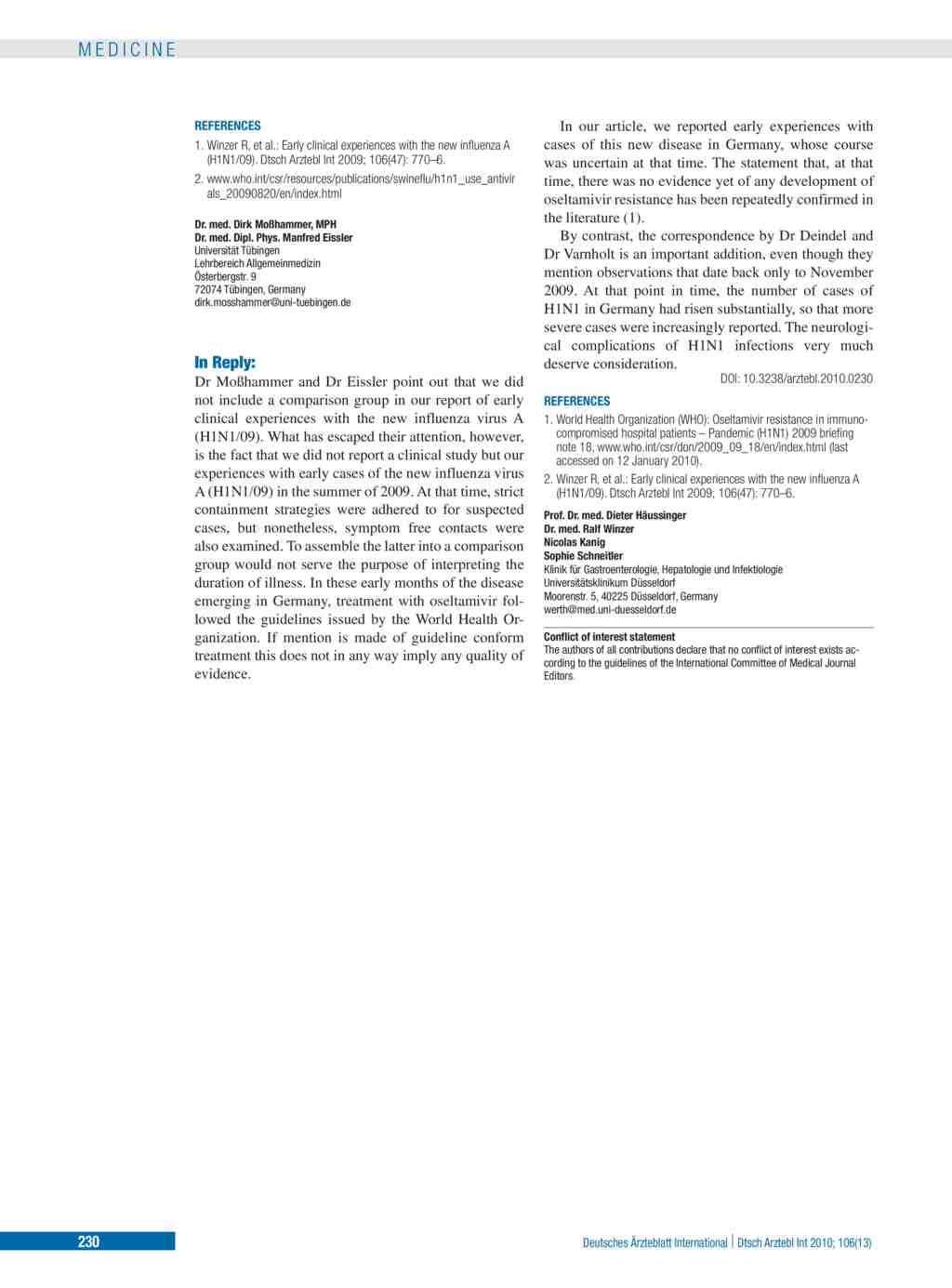