The equation cited by Dr Wedig comes from the Kermack-McKendrick model developed in 1927 (1). The model explained why medieval epidemics did not result in the complete extinction of mankind. However, the equation is not suitable for calculating the basic reproduction number using a constant transmission rate in groups of varying sizes while assuming that the number of contacts increases with the population. Still, someone living in a city with a population of 1 million does not have 1000 times more contacts than someone living in a village. Rather, what the Kermack-McKendrick model was able to come up with was an estimated transmission rate derived from the actual dynamics of an epidemic.

The statement that the number of contacts differs individually by age, profession, and personal behavior, etc, is correct. But even relatively simple epidemiological models take into consideration different contact rates among the groups—for example, age groups. Until quite recently, such “’who mixes with whom’ matrices” were based on simplified assumptions and estimates. As late as in 2008, several European countries published empirical contact rates that were suitable for mathematical modeling (2).

The simple enumeration of contacts does, however, not take into consideration several aspects of possible heterogeneity—among others, viral particle shedding by infected persons and/or the duration of the corresponding exposure of susceptible persons need to be considered. If the duration of a contact is taken as a proxy for exposure (3), the high numbers of contacts that doctors encounter, for example, might play a lesser part in the spread of an epidemic—because of their short duration—than household contacts, which are more intense and whose duration is longer. These considerations will yield increasingly sophisticated models in the future.
DOI: 10.3238/arztebl.2010.0276b 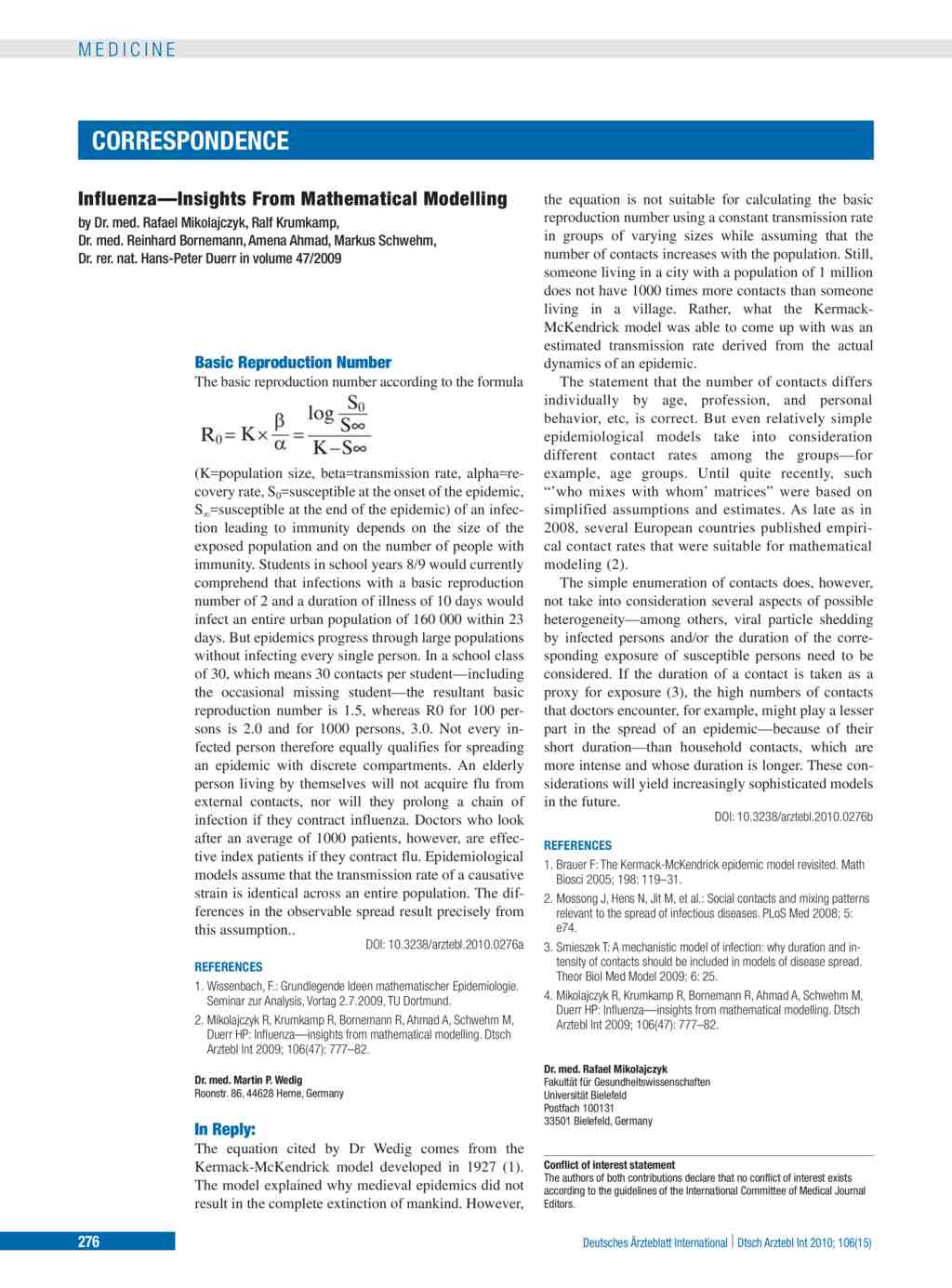