The review article leaves many questions unanswered. Impaired fertility in men is not mentioned at all—sex is not only for recreation but also for procreation. How does the option of having several wives affect sexual function in men in Islamic countries? An interesting question to consider would be whether polygamy may result in better sexual functioning in men (1)—not least because this would offer advantages in terms of evolutionary genetics.

The authors focus on the Western model of monogamous, heterosexual relationships. It remains unclear what “love” has to do with male—perhaps as opposed to female—sexual function. What about men who are not in a stable relationship? If we assume that virility as a cultural attribute of the male sex is a social construct that is subject to processes of social change (2) then it would perhaps seemlogical to also assume that male sexuality does not correspond to postmodern ideas of virility. This may be a possible cause of sexual dysfunction in men that requires not so much couples therapy but rather a firm distancing from clichéd gender typologies. No mention was made of attempting sex with a different partner—perhaps even as an “ex juvantibus” therapeutic approach to certain types of sexual dysfunction. The authors paid only marginal attention to new alternatives that may provide a different experience of sexuality—or, in some men, exclusively enable them to experience sex—such as cybersex. Eroticism and its importance for healthy sexual functioning was another topic that was barely discussed. The secret of couples who have enjoyed exciting sexual lives for many years—which is unlikely without healthy sexual functioning in the male partner—seems to be that they are focused on each other and and bound to each other via what might be called mildly perverse consensual staged event (3).
DOI: 10.3238/arztebl.2010.0351 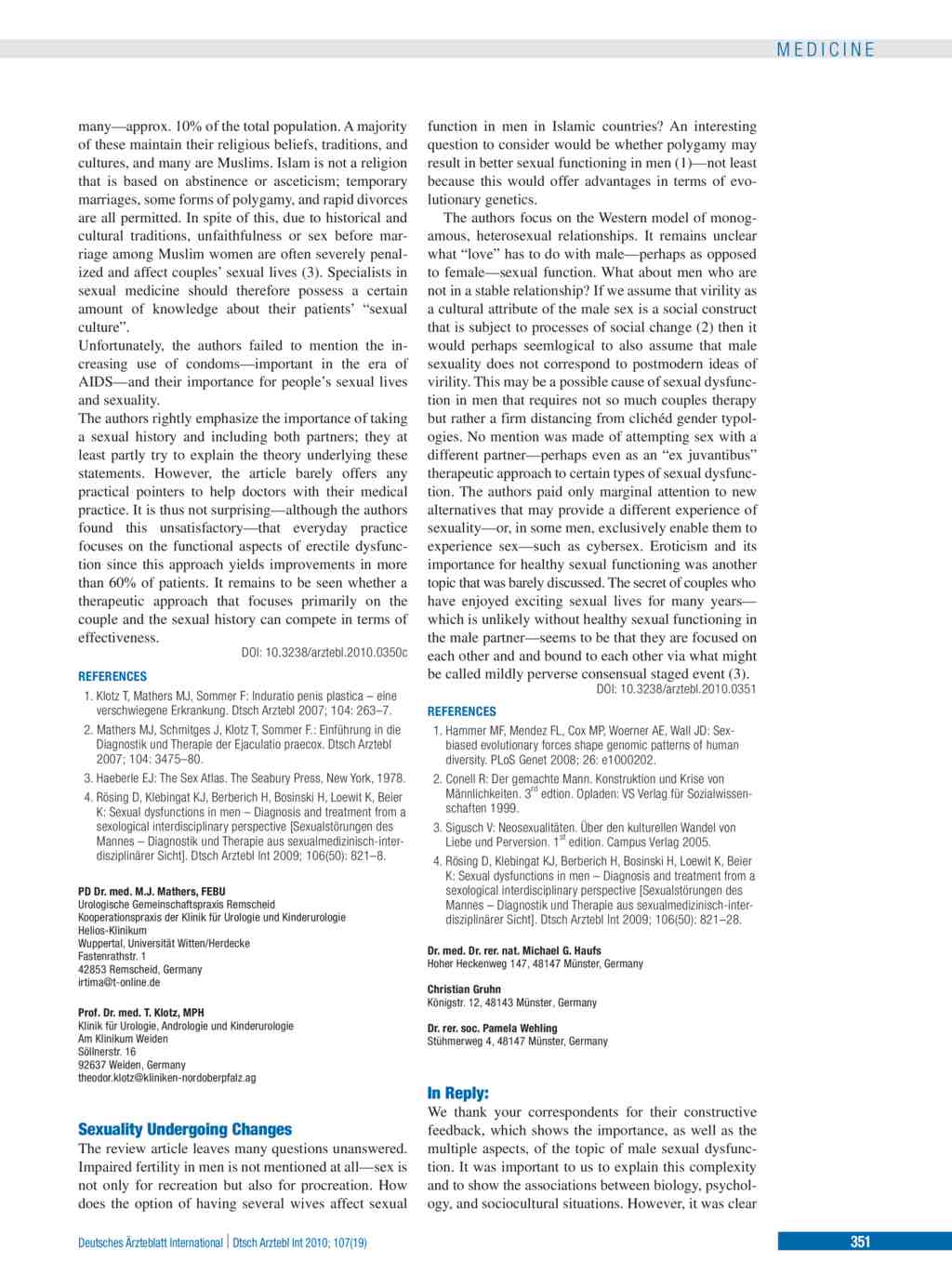