Pathophorias—A Common Cause of Learning Disabilities and School Failure

As in almost all studies relating to school failure, the authors assume that the reasons are intellectual, psychological, or social, and their therapeutic approaches are consistent with that perspective. However, I wish to point out here that one crucial aspect is never mentioned—namely, visual impairment in the sense of pathophoria.

I am an ophthalmologist and, for 15 years, I have been working intensively with children with severe school problems such as dyslexia or concentration problems (attention deficit hyperactivity disorder, AHDS), accompanied by behavioral disorders, all of which will result in demotivation, refusal to perform, placement in schools catering for special needs for low-achieving pupils or those with behavioral disorders, or in complete refusal to attend school.

An analysis of binocular vision almost always found associated heterophoria (misalignment of the visual axis of both eyes), especially in the Polatest according to the H. J. Haase measuring and correction method. Correcting this problem usually resolved the perception problems spontaneously and improved school performance. Especially the refusal to read or write disappeared; children became calmer and concentrated better and for much longer periods of time. The basic problem of school refusal was solved.

Since visual defects may be hereditary, at least one parent was often affected by the same problem but went without treatment, and, because of poor school results, they found themselves in a low socioeconomic stratum—a truly vicious circle.

In the context of refusal to perform in school, children should be examined for possible heterophoria. Unfortunately, these aspects have not yet been properly recognized by conventional ophtalmology, which makes it difficult to find ophthalmologists that can help with such differentiated diagnostic evaluation and correction, so that often, specialized optometrists have to step in. In the past, this has caused problems in terms of status policy, but for the affected pupils it has certainly been a blessing.
DOI: 10.3238/arztebl.2010.0360a 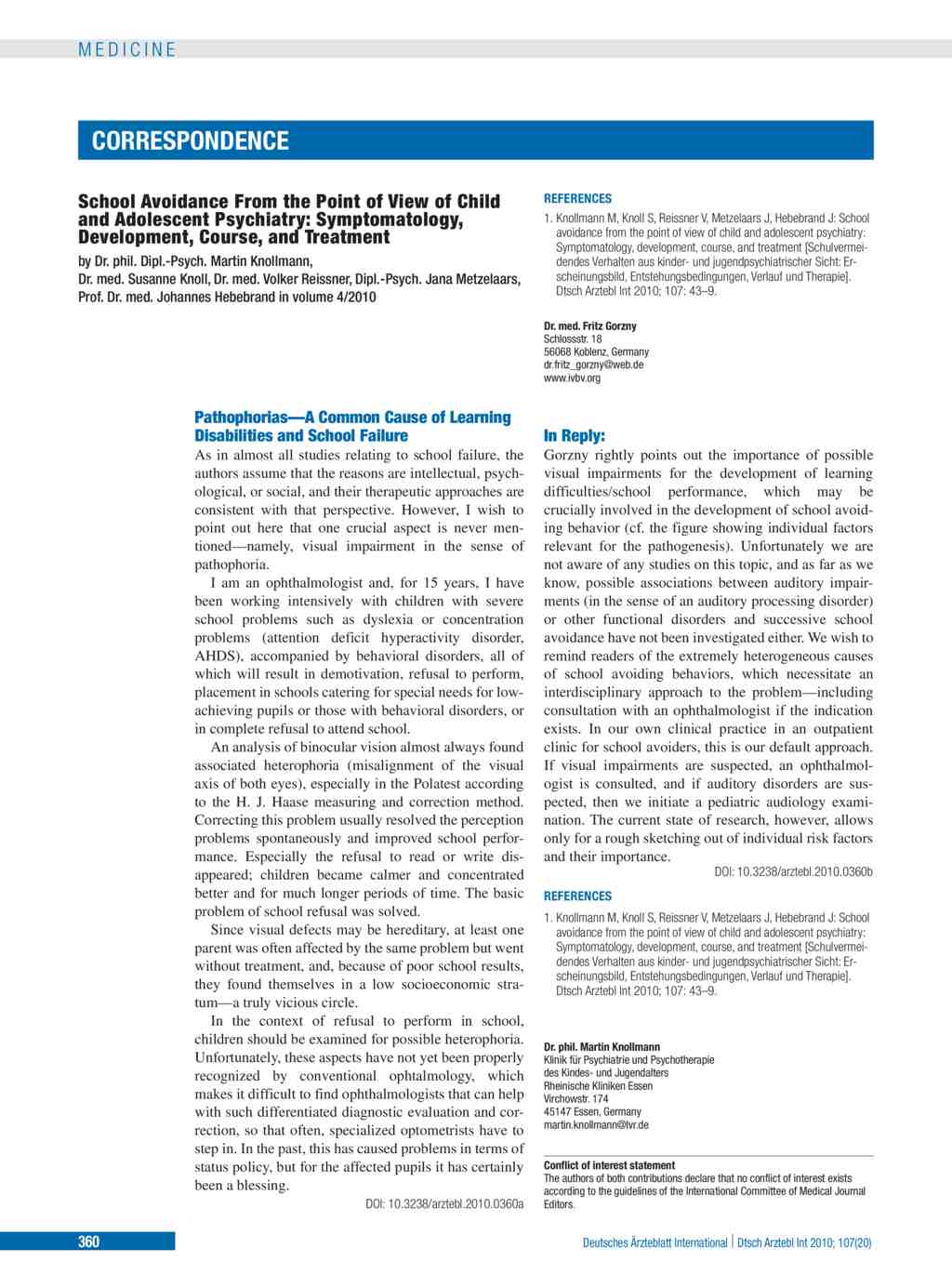