“Yeasts in the gut” are a long running topic of interest—a review article in the Deutsches Ärzteblatt could form a solid foundation of information. However, the article by Schulze et al does not do justice to the topic. Why might this be so? There are few technical mistakes: data about glucan exposure are cited unilaterally, expression of pathogenicity factors does not enable yeasts to form biofilms. However, a closer look shows that it is suggestive phrases that may result in misunderstandings. Instead of “Candida colonization” the authors refer to “Candida load” [note: in the German original, not the English translation]. Irritable bowel syndrome is described as the indication with the closest—if unconfirmed—similarity to Candida colonization. Rather, it would be correct to state that thus far no clue exists for any such association (1)—and on which basis this is described as a “possible connection” is not clear . The conclusion, “The eradication of intestinal yeasts is advised only for certain clearly defined indications,” is not helpful. However, it still implies that “eradication” may be advised under certain (not precisely defined) circumstances and ignores the fact that this is confirmed not to be possible (1). No new knowledge can be gained from this. The authors’ remaining “open questions” are not articulated; the “additional facts” that have been “clarified” since 2004 remain obscure.

The authors’ activities for Ardeypharm GmbH are correctly reported as a conflict of interests—the committee at the Robert Koch-Institute cites one of the authors (US) as a “protagonist of the Candida hypothesis” (1). This in itself is not reprehensible—the question it raises is that of appropriate and functioning peer review. How could such an article—which is as medically unenlightening as it is highly suggestive—be published in a renowned journal such as Deutsches Ärzteblatt?
DOI: 10.3238/arztebl.2010.0369a 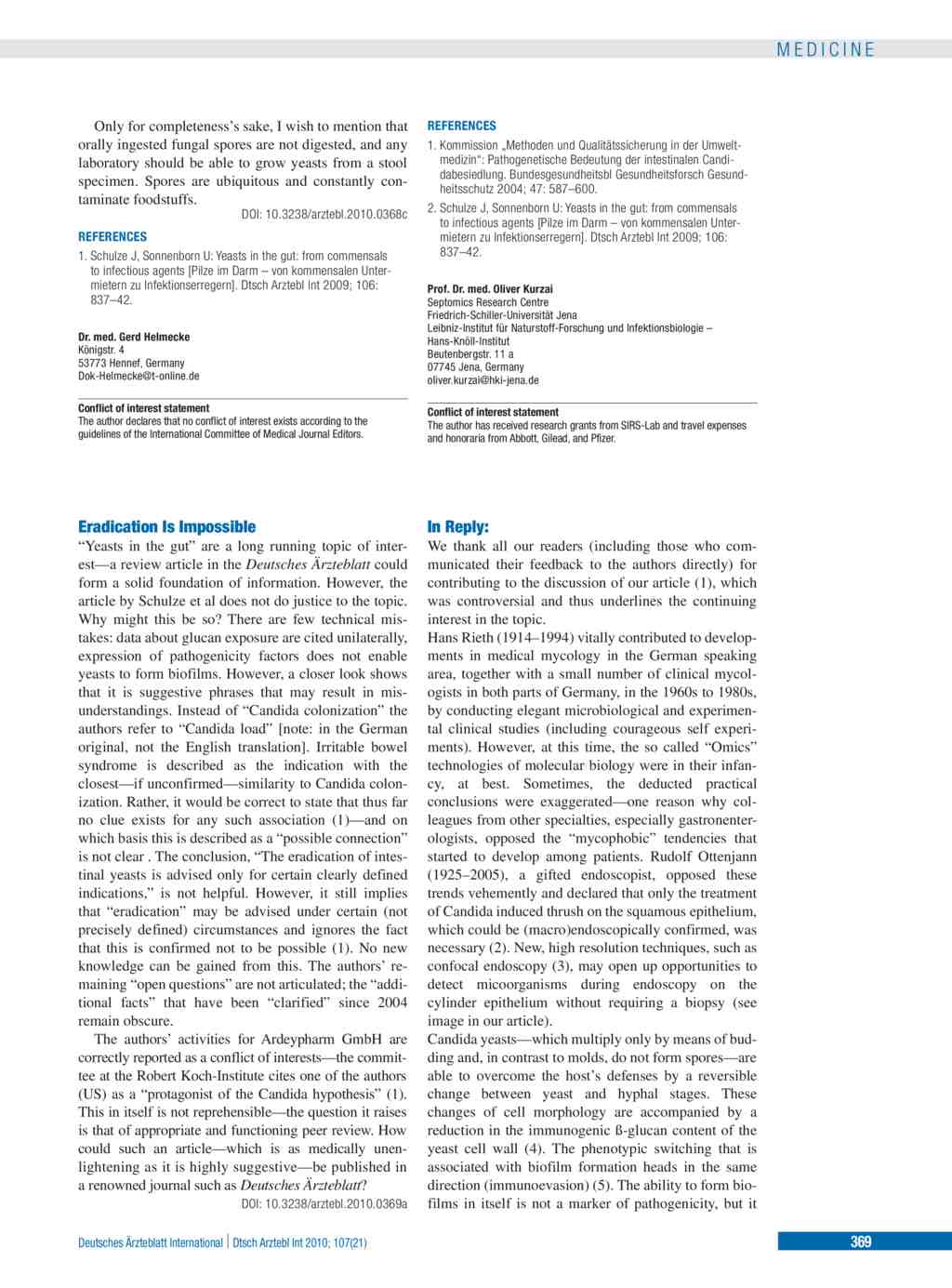