We thank Lippert for his correspondence, in which he points out the importance of resistance testing for chemotherapeutic drugs by means of cell cultures. He is at a loss as to why these tests were not included in the latest S3 guidelines.

Methodologically, it is important to point out the following: guidelines at developmental stage 3 have to explicitly include scientific findings (evidence) in their recommendations (1). In vitro resistance tests have thus far not been sufficiently evaluated for colorectal cancer in terms of their clinical value. On the one hand, it isn’t clear which resistance test has the highest sensitivity and specificity for predicting a non-response to planned chemotherapy. On the other hand, prospective, randomized, studies of possible clinical benefit for patients as a result of additional chemotherapy resistance testing are lacking. To date it has not been prospectively analyzed whether chemoresistance testing can actually help avoid side effects, and whether treatment can thus be individualized. Consequently, there is insufficient evidence on which to base a recommendation for resistance testing.

By contrast, tissue biomarkers—such as the oncogene k-ras—as negative predictive markers for anti-EGFR therapies have been confirmed in the context of several prospective randomized studies in patients with metastatic colorectal cancer (2). Analysis of the k-ras mutation is already included the approval documentation (FDA, EMEA) for the anti-EGFR antibodies panitumumab and cetuximab. This test can be used to identify patients who would not benefit from this treatment and is thus an idea resistance test for anti-EGFR therapy. On the basis of the existing evidence the test has been included in the updated clinical practice guideline for colorectal cancer.
DOI: 10.3238/arztebl.2010.0399b 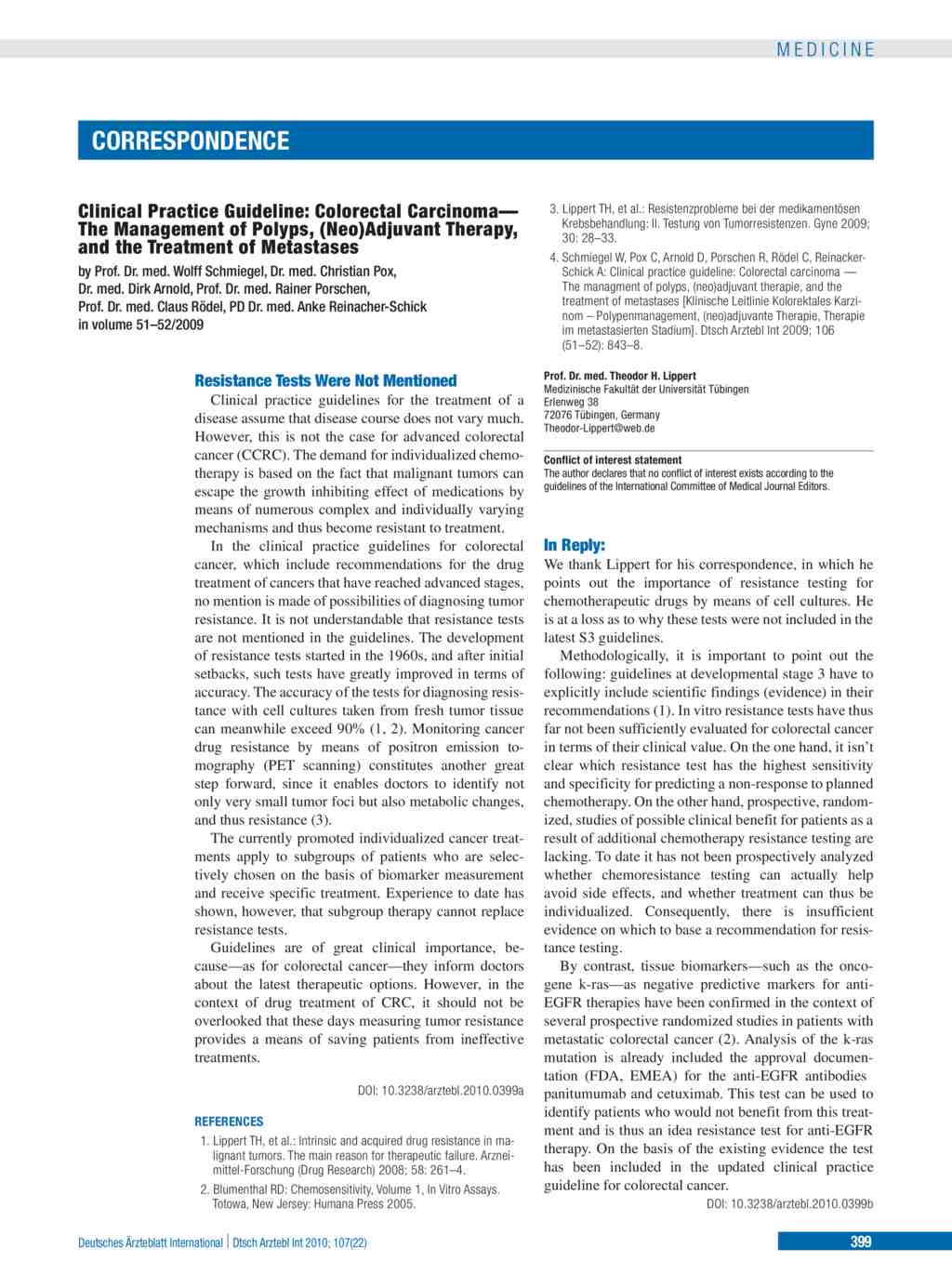