Variables Should Be Pre-Set

The level of evidence is determined by the probability theory, more precisely the p-value, which describes the probability that different results than the reported ones may be achieved. In order to acquire confirmative level of evidence, one or more equivalent or hierarchically ordered hypotheses that are to be tested have to be set out a priori and in writing. Further, the required number of cases needs to be calculated, if necessary by taking into account multiple testing. 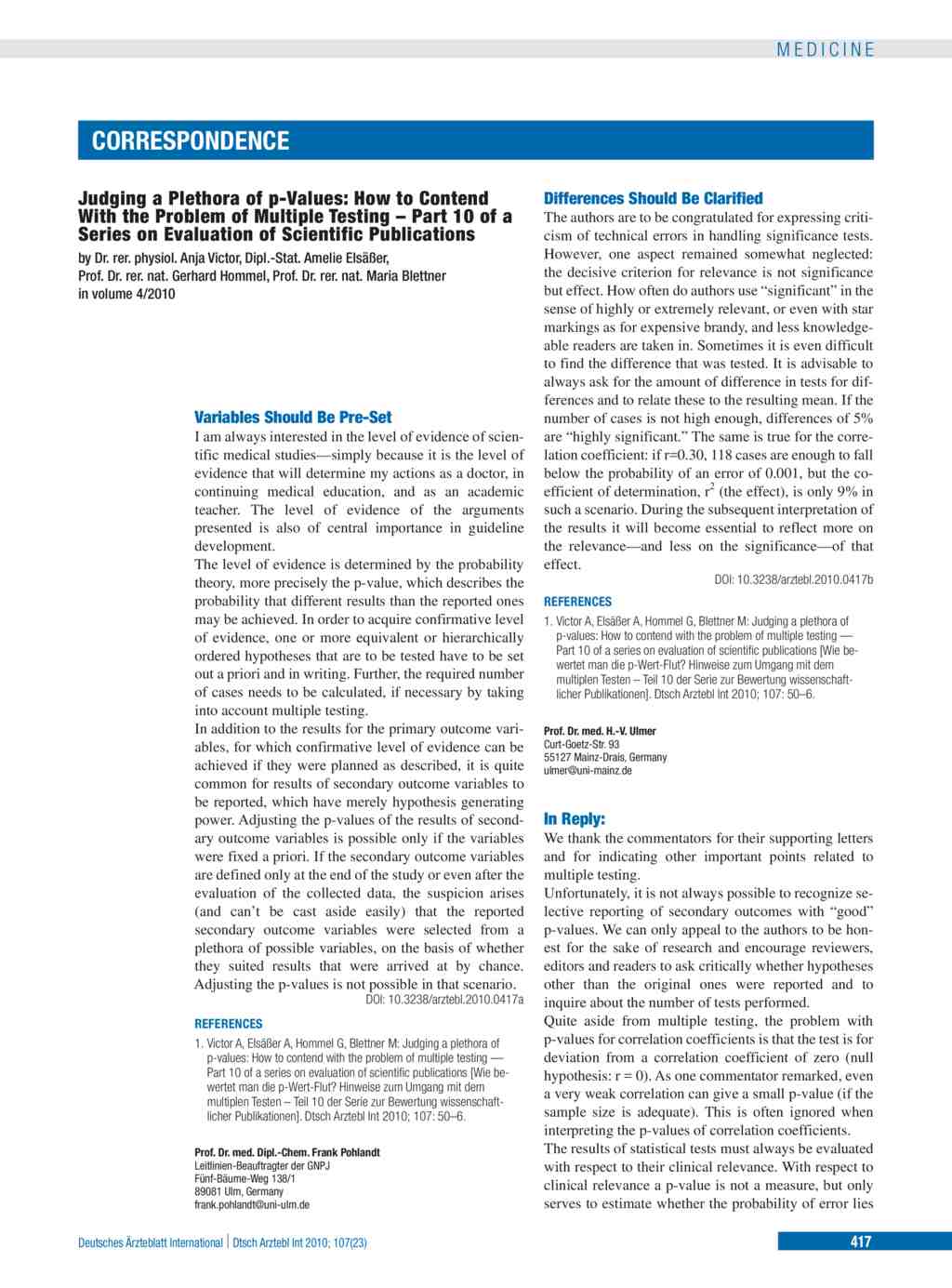