Loddenkemper and Hauer briefly mentioned the beginnings of tuberculosis treatment. I have a few comments to add. Lehman tested para-aminosalicylic acid (PAS) in 1944, and Waksman, streptomycin. However, according to Hinshaw, the observations published in 1945 did not provide a sound basis on which to assess the efficacy. The thiosemicarbazones were developed by Bayer until 1941 under the leadership of H Domagk: TB1/698 was studied in tuberculosis of the skin in Münster-Hornheide by Moncorps and Kalkoff. At the end of the war, Bayer’s development laboratories in Wuppertal were ransacked, but sufficient quantities of the substance were still stored in Hornheide. Up to 1946, cases of cure were documented there; these were reproduced under scientific conditions and published as soon as Germany’s scientific journals were able to resume publication—for example, in 1947 in Dermatologische Wochenschrift.

US based Hinshaw and Mc Dermott visited Frankfurt and Wuppertal in order to take over the substance and scientific results. In 1969, Time magazine published an article on this “war booty.” Squibb and Roche conducted further research on the substances in the US. In the meantime, as early as in 1951 Domagk presented his scientific results relating to isonicotinic acid hydrazide (isoniazid, Neoteben) in New York, Bayer, Roche, and Squibb agreed in 1952 that they had developed the substance “simultaneously” (Neoteben, Rimifon, Hydrazide). But Domagk definitely pioneered its use and achieved the kind of success that held promise for the future. 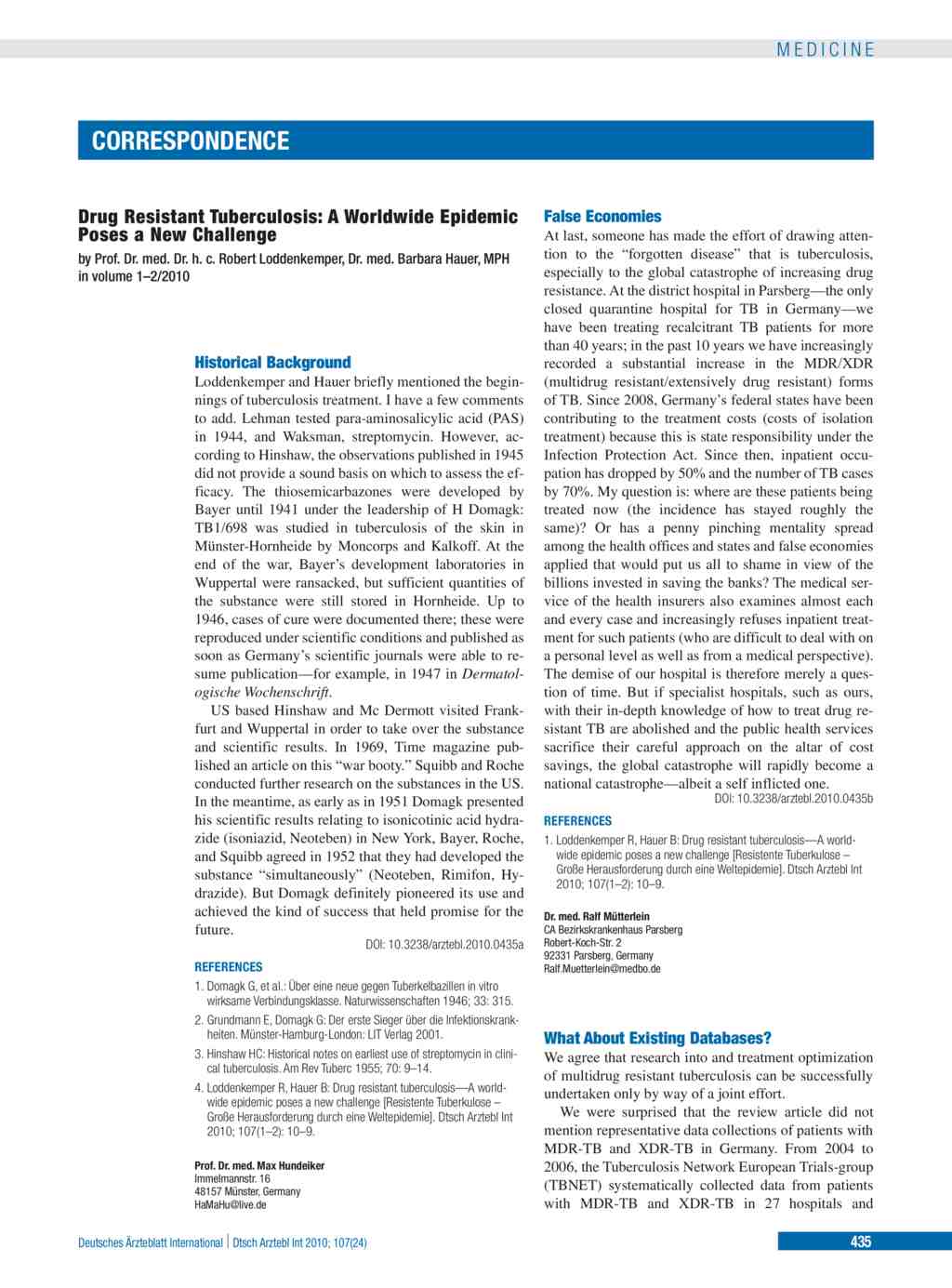