In children and adolescents with congenital paraplegia due to spina bifida, obesity is a common problem, albeit one that is difficult to treat, as the authors point out accurately in their article. I wish to highlight some particular aspects in such patients:

The body mass index (BMI) is the commonly used variable on which to base a diagnosis. However, one of the problems in spina bifida patients is their short body height owing to scoliosis/kyphosis, bending contractures, and hypotrophic legs, resulting in a BMI calculation that is falsely high. In such patients, arm span should be used as the variable instead of body height (1).

The level of lesion, and thus the ability to move, influences the prevalence of obesity: in the Seattle cohort, 26% of patients with a paralysis level of L1 were obese, and at the L2/3 level, 17% [David Shurtleff, personal communication].

Dysphagia as a result of Arnold-Chiari-II malformation can prompt overfeeding because each intake of food in early infancy had posed problems and, although symptoms may lessen subsequently, feeding is therefore continued at the same level of intensity.

Overweight is not only an esthetic problem but also a serious medical problem: personal hygiene and catheterization are substantially impeded as a result. Obesity severely affects the ability to walk especially in patients with high lumbar lesions (2).

It is often not known that energy consumption at rest in spina bifida patients is only 60–70% that of comparable healthy children, owing to the paralysis and the reduced muscle mass. Obese children with spina bifida thus can have a lower calorie intake than the recommended daily allowances (3), whereas spasticity increases the consumption of energy.

In the literature, data on the success of nutritional therapy and anaerobic training in patients with spina bifida are lacking. 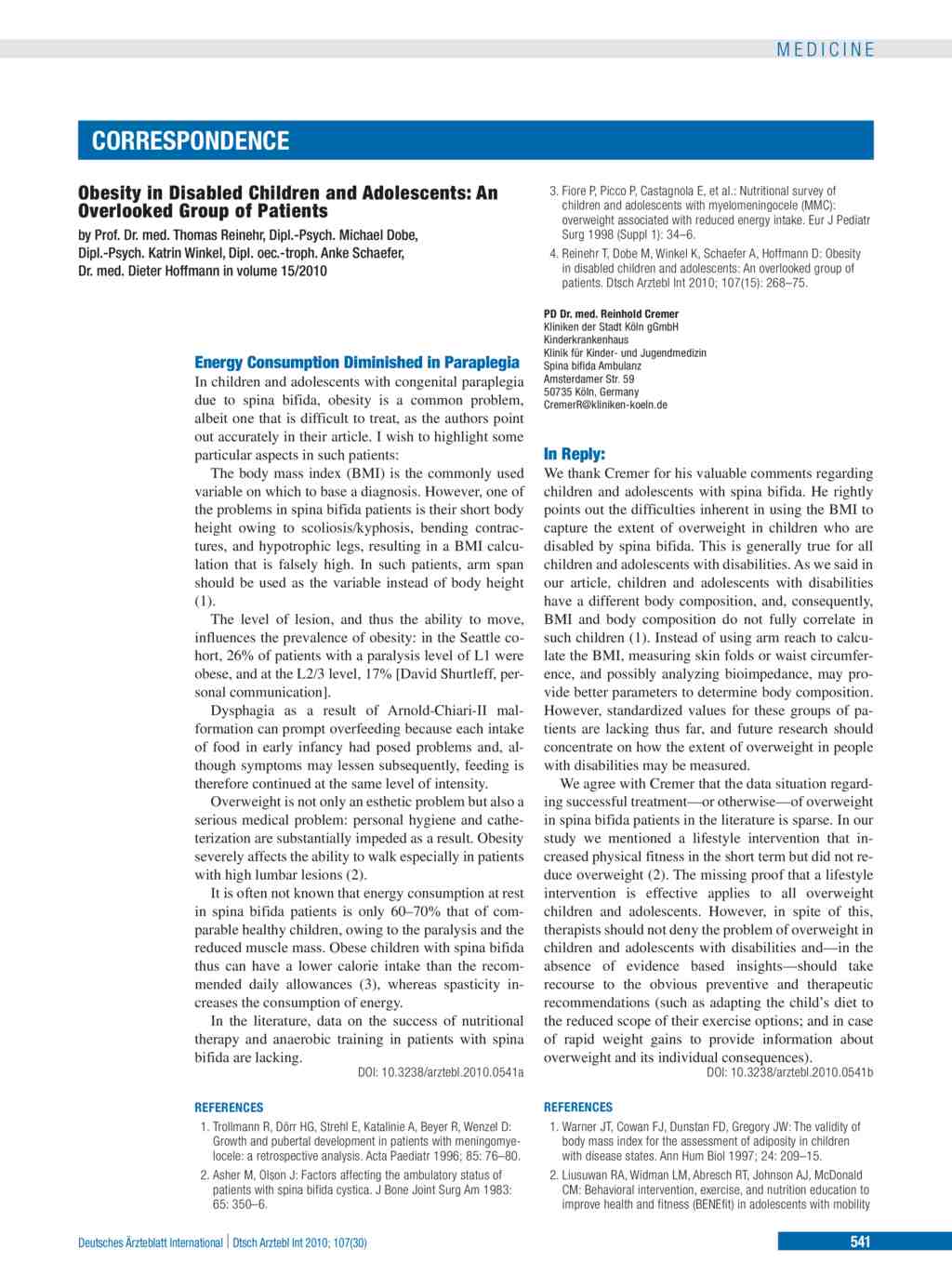