In addition to the above mentioned article, the possibility of genetic and epigenetic signal transduction should be discussed in addition to the historic Pavlovian reflex. Epigenetics is the discipline that researches how gene expression can be influenced from outside the cell. Delayed wound healing, for example, may be caused by psychological stress such as marital conflict, despair, fear, stress, etc (1). So called placebo effects were also found when comparing the results of patients who had had surgery and those who had had sham surgery. The result: no difference was found for debridement versus arthroscopic lavage of the knee versus placebo (2). The fact that some of the “placebo” patients fared better than those who had undergone surgery cannot be conclusively explained. The assumption is that the numerous signal substances that are produced naturally in the body, which are epigenetically influenced by the conscious mind as well as by emotions, may exert a substantial influence on the physiology of the healing process. Placebos are effective in some 35% of cases. In a meta-analysis by the US Food and Drug Administration (FDA), the intrinsic placebo effect for antidepressants is reported to be 80%; in 4 of 47 studies, placebos achieved a better effect than the true, pharmacologically active substance (3). Altogether, the average difference between placebo and medication drugs was not clinically significant. The insights gained into the placebo effect by epigenetic researchers should, as discussed in the article by Breidert and Hofbauer, be cautiously included in the therapeutic concept. 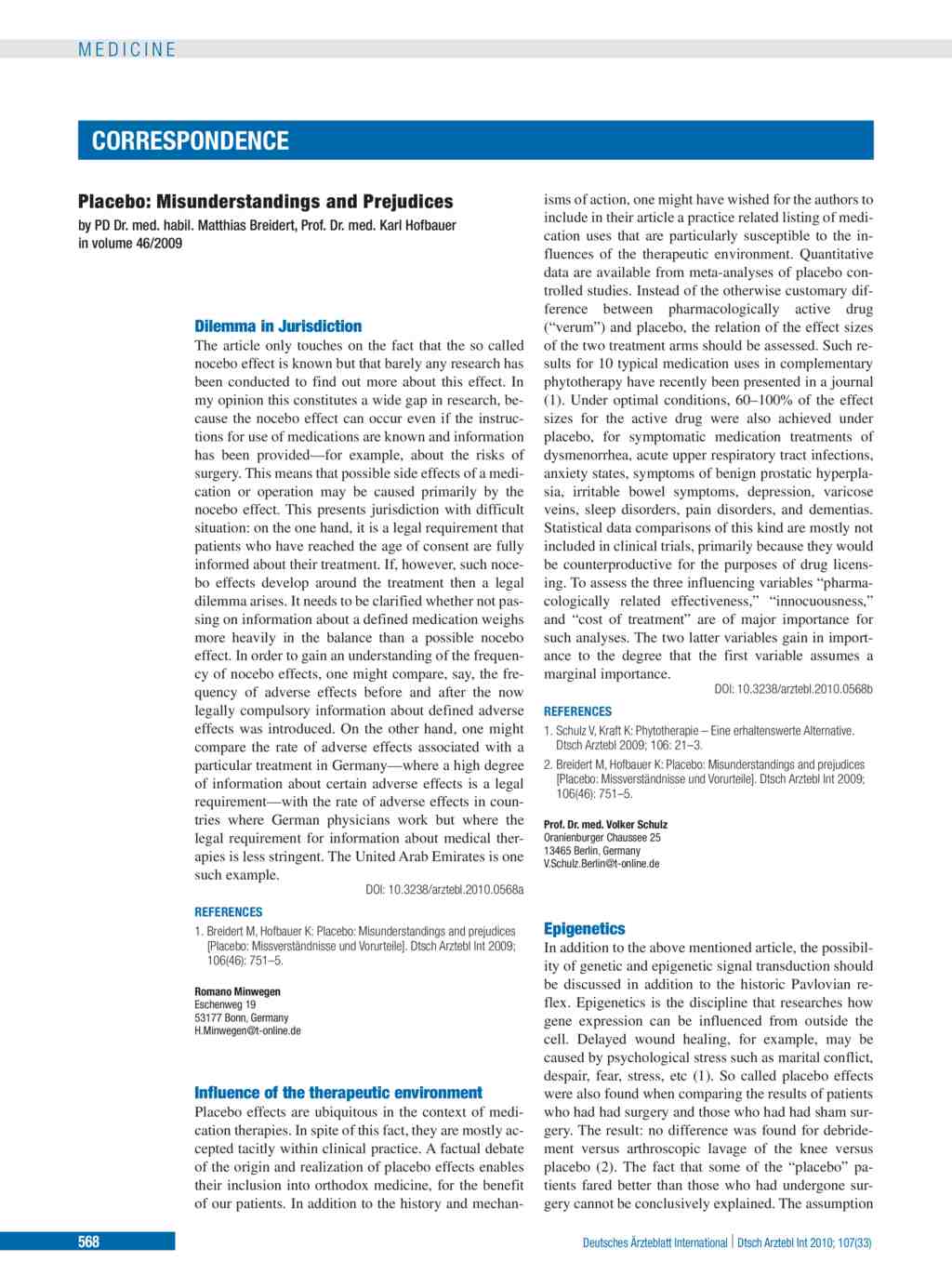