The authors explain lucidly how the overall effect after administration of a medical drug is due to specific pharmacological effects on the one hand and to “general effects associated with administration of a placebo or medication” on the other hand. They conclude: “In orthodox medicine, the placebo effect is an important instrument in the physician’s armamentarium.”

Before readers get as far as the summarizing conclusion, however, they may stumble over the sentence: “Placebo effects probably make up a part, if not all, of the effectiveness of alternative and complementary medicine (...) However, since the knowing administration of a placebo for therapeutic purposes means bringing about a false state of affairs that is kept hidden from the patient, it needs to be investigated, as a matter of principle but also as a matter of law, whether purposive administration of placebo does not constitute a deception that must be ethically justified in each individual case (...).”

This statement is akin to demanding that practitioners of complementary medicine should be banned from their profession. What might be behind this undisguised request to dismiss all medical effort outside orthodox medicine as harmful for patients? It cannot be the actual observation of such practitioners and their actual results. It sounds more as though the basis is the claim to be the sole representative of the healing professions that is entailed in our form of medicine, whose intellectual orientation is akin to a “German industry standard,” which aims to eliminate as far as possible all “soft” data—such as the relationship between doctors and patients, which is indescribable and unpredictable —as disruptive elements. Reflecting on the image of doctors and their actions from a generally humane perspective one cannot but conclude that this should include a self critical debate with colleagues about how patients might be given the best possible care. 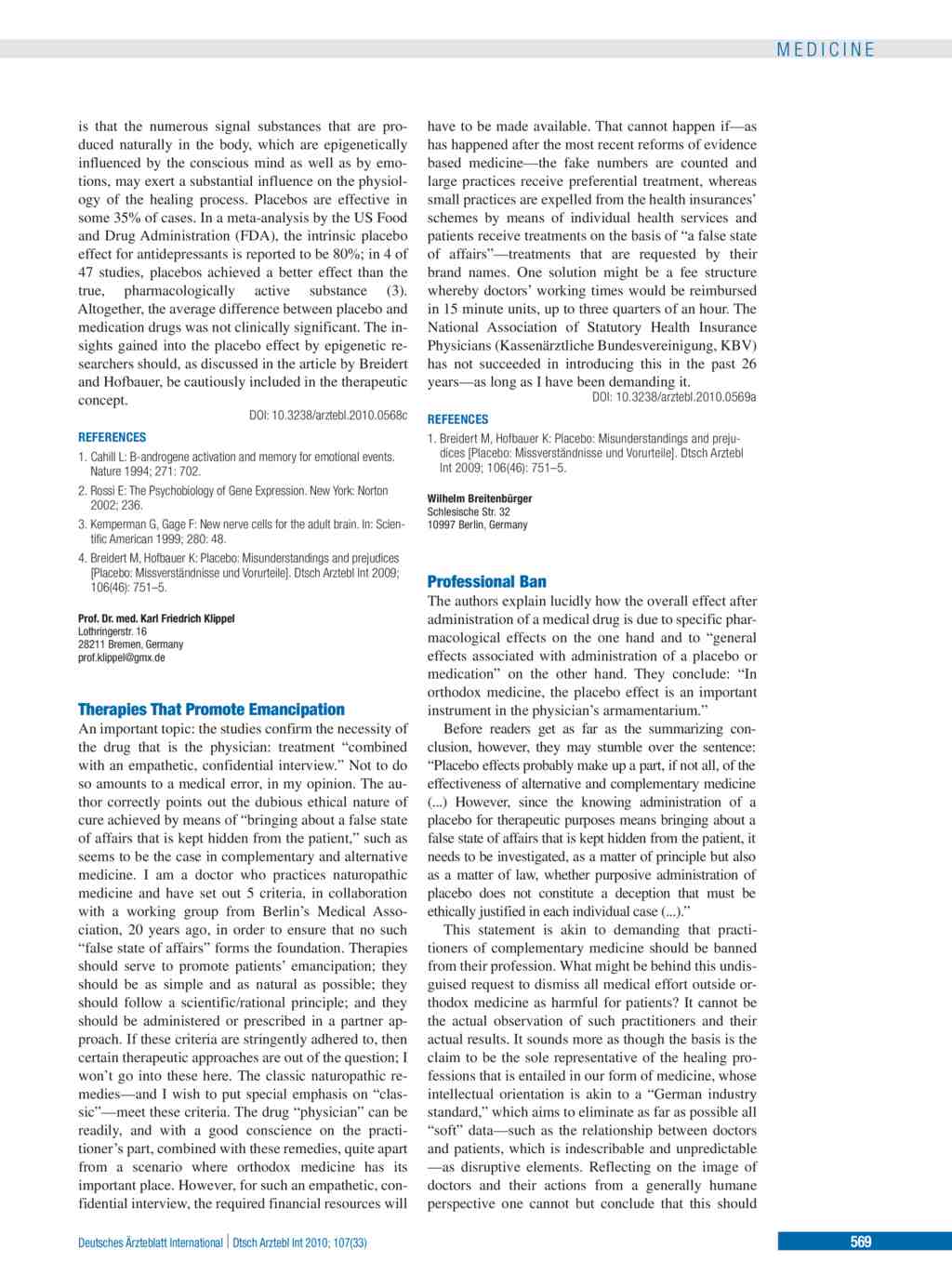