The authors say in their article that the placebo effect largely depends in a patient’s expectation and contextual factors, such as empathy and attention. The influence of the doctor’s expectations on the result has not been confirmed thus far.

In my opinion, naturopathic remedies meet these requirements in a special manner. On the one hand, patients have great confidence in complementary treatment approaches. Most naturopathic remedies provide much opportunity to deal with patients empathetically because even when taking the history, much emphasis is placed on subjective well-being, and many therapeutic methods entail attentive physical contact between patient and practitioner.

By contrast, patients are often resentful towards scientific orthodox medicine and in particular towards the pharmaceutical industry—as has been shown by the fear of the H1N1 vaccine. Empathy and attention may also be in short supply in medical everyday practice, which is characterized by numerous technical investigations, quality assured documentation, and guideline conform treatment. Among further aggravating factors are discount contracts leading to substitution with cheaper drugs—a cheaper price creates negative expectations, as was mentioned in the article.

I am all the more surprised that the authors in their article declare the placebo effect an important tool in the context of orthodox medical treatment but declare it as questionable in the context of complementary approaches and even class it as “deceiving the patient.” We should end these entrenched wars between complementary medicine and orthodox medicine and should enhance the high technical and scientific standard of our orthodox medical services with the positive placebo characteristics of tried and tested naturopathic treatment methods. With regard to the placebo attributes, these are often superior to orthodox medicine. 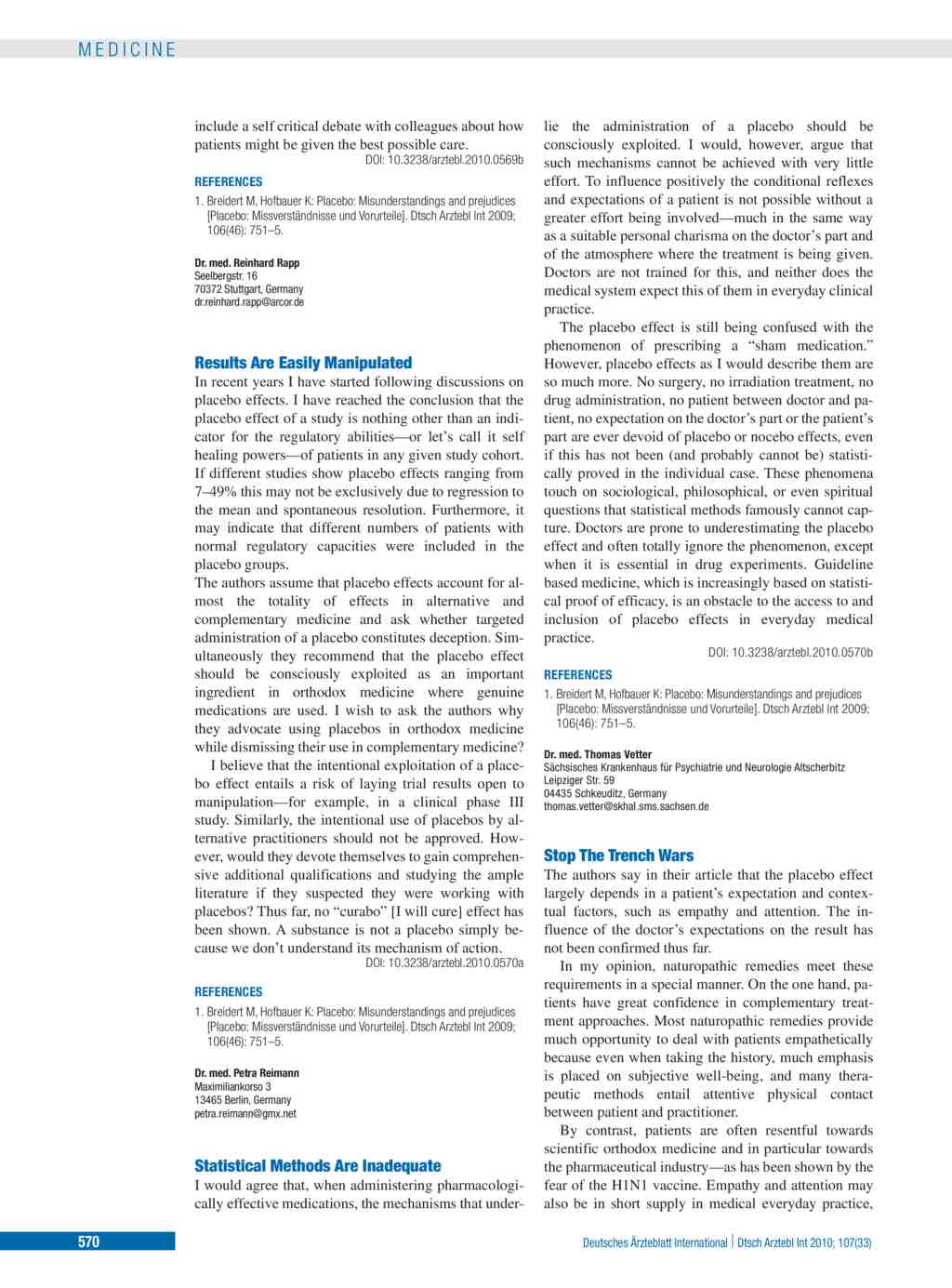