Regarding arthroscopy, the authors mentioned a study reported by Moseley et al. The key message of the article, that genuine arthroscopy is not superior to sham arthroscopy, was not clearly depicted, however. Further, a later study reported by Kirkley et al (1), which compared the efficacy of optimized conservative treatment with a combination of conservative treatment plus arthroscopy, received no mention at all. In this study, after 6 and 24 months, no difference was found between the groups. In sum, both studies show that arthroscopy has no greater effect than placebo and is thus not superior to conservative procedures. On the basis of the existing evidence, a more critical evaluation seems reasonable, not least for reasons of cost and safety considerations.

The authors list acupuncture as a physiotherapeutic measure. However, this ignores the very specific effect for acupuncture that was shown especially for the treatment of osteoarthritis of the knee in the well publicized ART study (2). This leads us to conclude that the effect is not merely segmental or physical.

The authors mentioned leech therapy in the same context as herbal and homeopathic remedies, ointments, and special diets, and they categorize its efficacy as questionable. However, 4 controlled studies of leech therapy exist (3 randomized, 1 blinded) (3). The data have consistently shown a significant effect of high clinical relevance in favor of leeches. The conclusion that leech therapy constitutes an unequivocally efficacious option for osteoarthritis of the knee is therefore well founded. 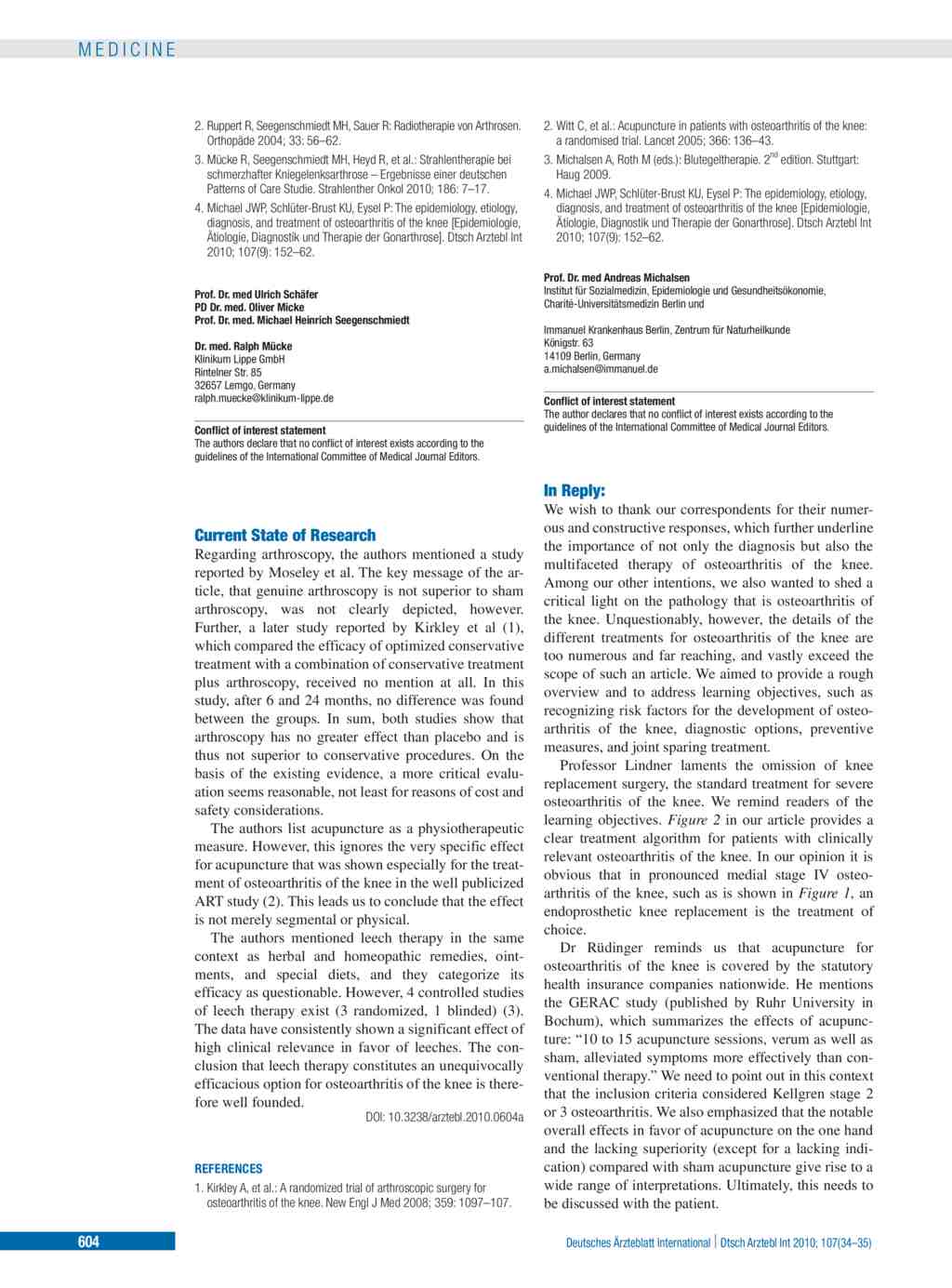