I read with interest the article on psychosocial stress among hospital doctors in surgical specialties. The demand-control model appears sensible and suitable for the purpose of identifying stress among doctors. I was particularly interested in the notable difference between resident doctors on the one hand and consultants and medical directors on the other hand.

In interpreting the results of their survey, however, the authors covered a crucial issue rather too fleetingly. The results suggest that in Germany, training structures or the willingness to take on teaching/training or supervisory duties are unsatisfactory.

Young doctors are confronted with challenging situations, but they do not have the necessary skills or authority to handle these adequately or confidently. This implies that consultants and medical directors do not properly fulfil their roles as trainers and clinical leaders. I spent 3 years during my medical training in English speaking countries, where young doctors are more systematically taught and supervised. I can thus confidently speak out on just how important it is to provide appropriate training and supervision for young doctors. In German hospitals, training is often last in line, after treating patients, conducting research, and performing administrative tasks. The training and supervision of young doctors need to be given a higher priority—in theory as well as in clinical practice.

It seems wrong or even dangerous for young doctors to have to focus on the fact that their stressful time as a resident will come to an end one day and that they will then move into a position whereby they have full control of their job—and thus leave such problems behind. A doctor who has never experienced structured, guided, and sympathetic training is certain in some way to pass on such system-inherent weaknesses to subsequent generations of young doctors.

The authors of the article have chosen not to reply. 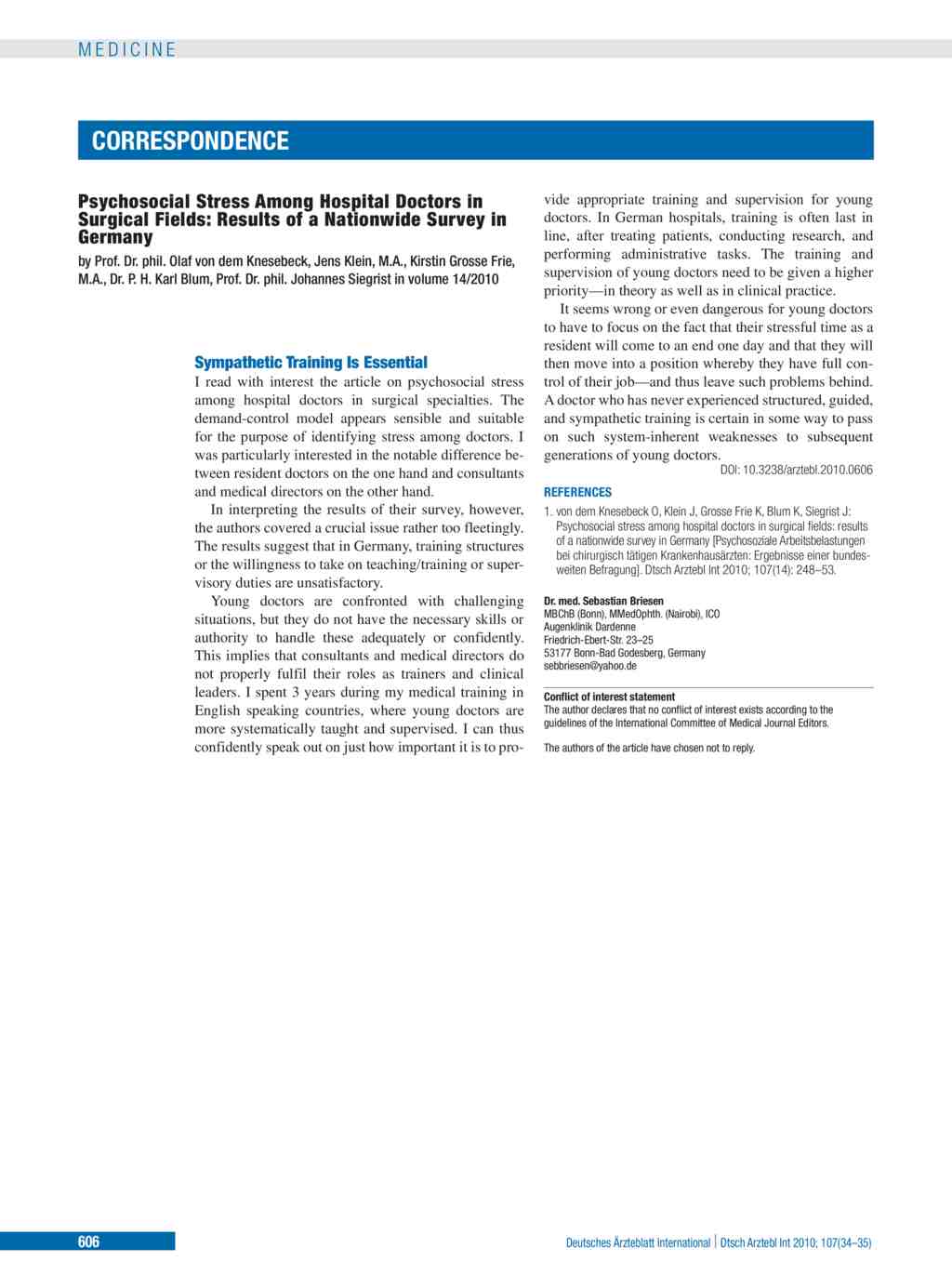