As early as in 2005 the ethics committee at Otto-von-Guericke-University in Magdeburg had the opportunity to have a discourse on the ethical problems of deep brain stimulation (DBS) for reversible treatment of functional disorders, such as Parkinson’s disease, epilepsy, chronic pain syndromes, obsessive-compulsive disorders, depression, or addiction.

It is the clinical researchers’ intention to be able to treat severely impaired, (pharmaco)therapy resistant patients. However, in order to do so they require a patient’s fully informed consent. The indication for treatment is defined by three doctors (neurologist/psychiatrist, surgeon, independent assessor). It has to be ensured that the treatment is reversible at all times by “switching off” (on-off procedure). Thus far, no permanent anatomical changes have been found.

Ethical problems include the fact that the threshold for the indication for treatment might be lowered over time (usual threshold value problems—for example, blood pressure, LDL cholesterol, HbA1c, etc). Especially in severely impaired patients who lack capacity, the indication may be of particular urgency. As in analogous cases, informed consent is obtained retrospectively. If a patient refuses to give consent then the treatment is stopped (reversibility). However, there is a risk that indications are expanded widely (in an uncontrolled fashion)—to include an artificially generated, individual “wellbeing syndrome” that is obtainable at the push of a button, a sort of “stereotactic department” in wellness hotels. Another ethical problem associated with stereotactic surgery is the almost limitless potential for manipulation by individuals.

From the perspective of scientific policy it should be a requirement for the new procedure to be developed in regions where ethical control mechanisms are available. We must not stand in the way of medical progress in Germany. International cooperation is essential.

There is no doubt that DBS is a forward looking therapeutic option. However, we need to bear in mind that it is likely that more—and more severe—adverse effects might occur than one might assume in the initial euphoric period (1). 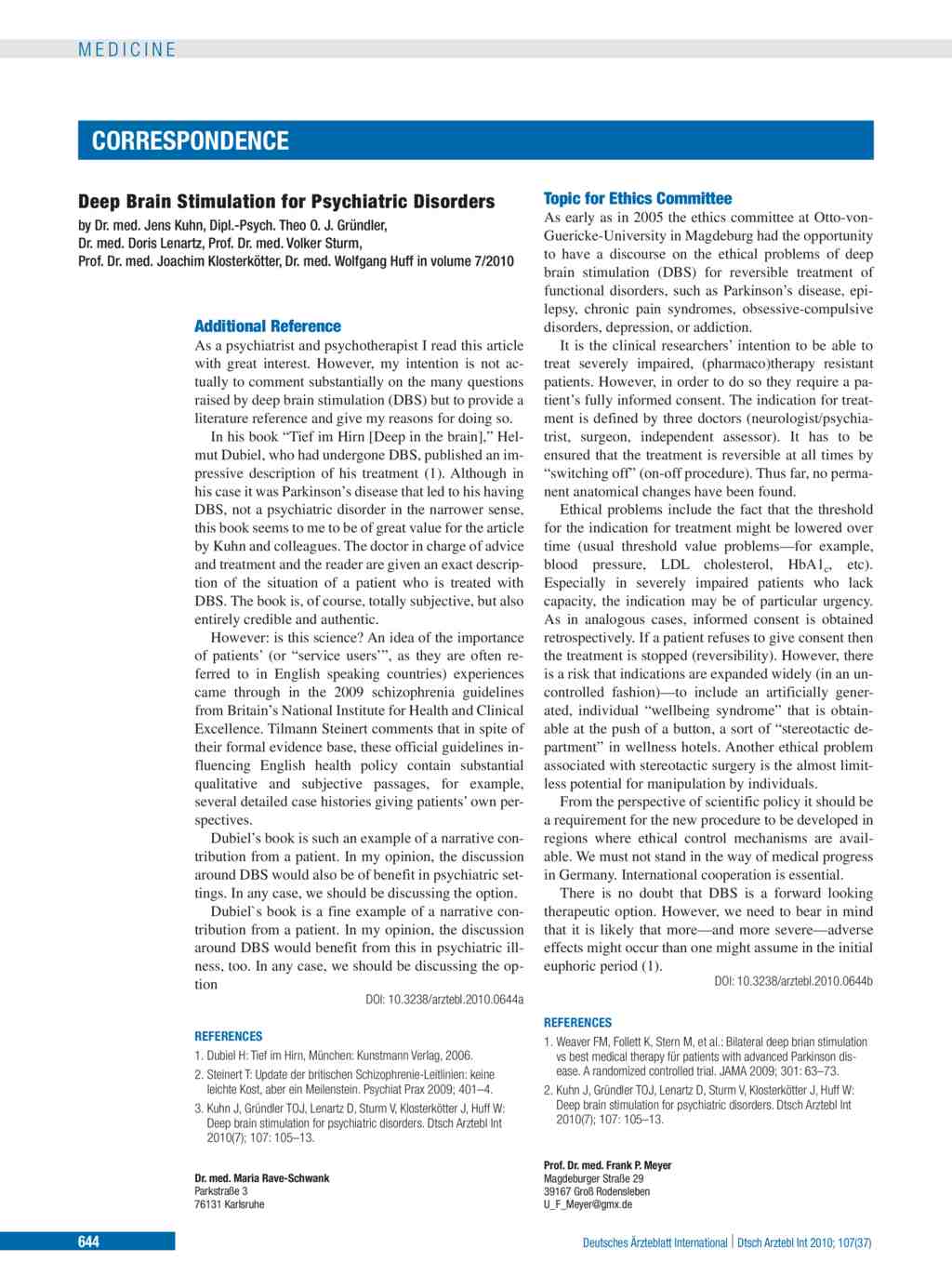