As someone who has studied functional neurosurgery I was interested to read the review article by Kuhn et al about DBS in psychiatric pathologies. Lesional, stereotactic surgery—such as was undertaken in the 1970s in sexually deviant patients, but also in people with obsessive-compulsive disorders or addiction disorders—are enlightening as early forms of DBS, and not only from a medical historical perspective. They also show that interventions affecting the phylogenetically older parts of the brain—which are being discussed here—are obviously low in side effects, and neither do they seem to trigger personality changes.

Extensive catamnestic studies in all patients in Hamburg who received stereotactic hypothalamotomies for sexual psychiatric indications (1, 2) showed that even reversible ablation of individual nuclei in the diencephalon (“interbrain”) did not result in any long term and/or substantial impairments to patients’ quality of life (in 75%, however, a permanent remission of the targeted symptom was achieved).

The comments about the severe adverse effect profile of lesional procedures to the brain to treat psychiatric disorders are thus relevant (and rightly so) only in the context of the open procedures of leucotomy/lobotomy, which were conducted throughout the 1940s and 1950s.

It is to be welcomed that studies of DBS in psychiatric disorders for psychiatric indications are nowadays supported by psychiatric/psychotherapeutic colleagues. In the past, surgical/neurosurgical treatment for mental disorders was seen—particularly by colleagues from those disciplines—as breaking a taboo, whose mere mention prompted resistance and denial—and ultimately made it impossible to discuss openly the opportunities and risks inherent in the method. 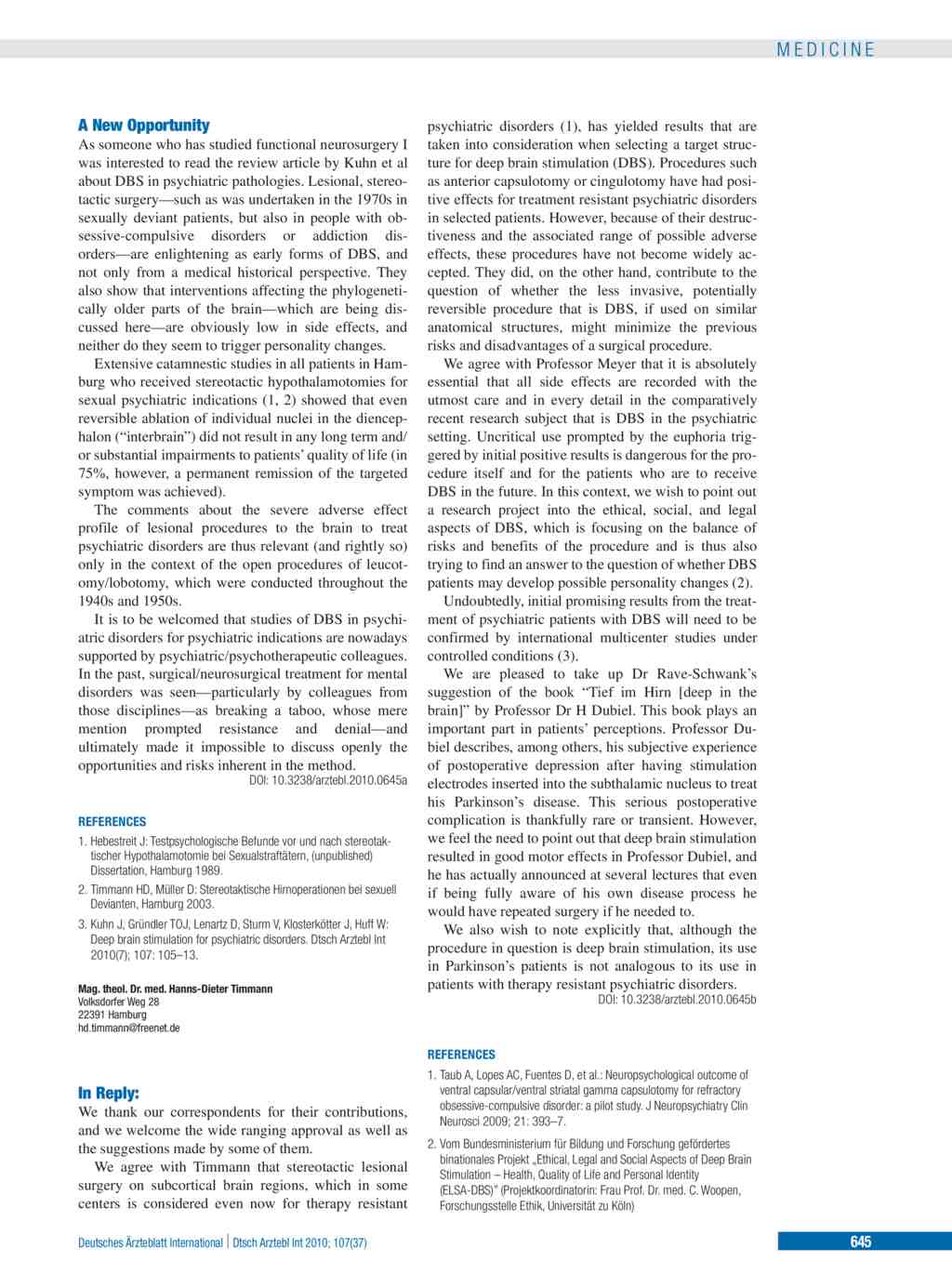