This literature review raises serious accusations against the pharmaceutical industry with regard to conducting, evaluating, and (non-) publication of clinical studies and asks for greater transparency. However, the analysis includes almost exclusively clinical studies from before 2005; since that year, pharmaceutical companies that conduct research have been registering their trials publicly and after licensing approval have also been publishing their results. Each year, several 10 000s of studies are running worldwide (currently about 90 000). Extrapolating from a small number of studies, whose results were allegedly manipulated, to all of them is not honorable.

Why is the pharmaceutical industry accused of running certain placebo controlled studies if that is what the licensing authorities are explicitly demanding? Why has attention not been paid to the fact that specialist journals usually want to publish positive results only, and negative or inconclusive ones only in exceptional circumstances? Clinical studies are designed by doctors; they are examined and approved by various licensing authorities and ethics committees; and they are conducted by doctors in hospitals and practices. What exactly is it that Schott and colleagues are accusing their colleagues of? The pharmaceutical industry has submitted its findings to the licensing authorities, which does scrutinize these in detail. Since 1995, the clinical study results for all medicinal products authorized by the EU have been publicly accessible via the European Public Assessment Reports (EPARs). Public trial registration and publication have been a statutory requirement in Europe since 2005 and in the United States since 2008. We therefore cannot quite follow these wholesale accusations.

The EU has been planning for many years to make its study database EudraCT publicly available. We sincerely hope that 2010 is the year when this will eventually happen.

The author is managing director research/development/innovation in the vfa, the German Association of Research-Based Pharmaceutical Companies. 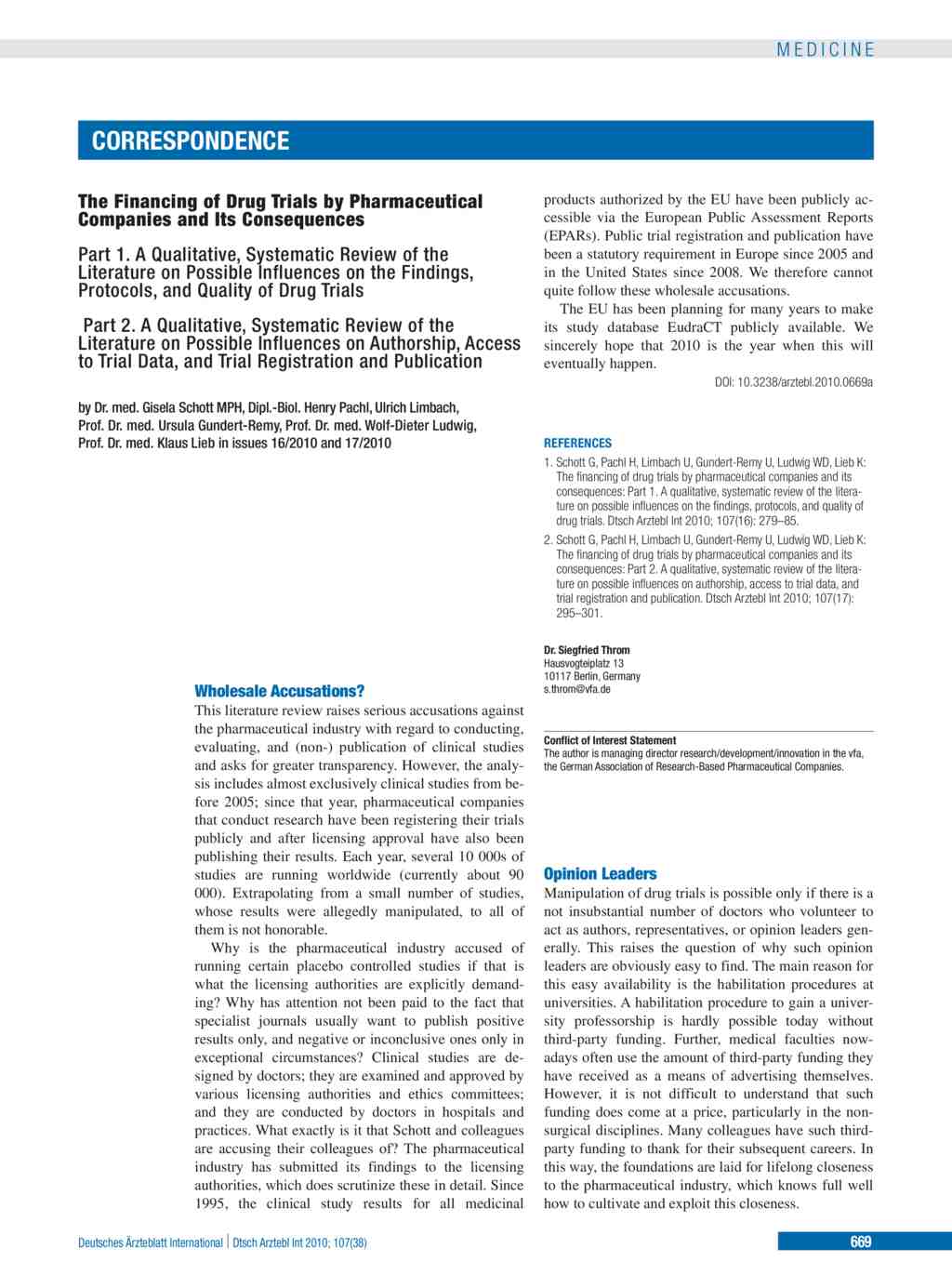