That any publication is driven not only by scientific innovation but also but secondary motives is an undisputed truth. Such motives can include financial interests but also vanity, which can go so far that the authors even resort to explaining the order in which their names appear in additional footnotes.

Personally, I do not understand the chosen method—of a systematic literature search—for this article. Maybe the authors referred to their work as a qualitative review because of a lack of specificity, among other reasons. In my experience, each and every one of the observed phenomena can be observed in studies that are conducted by the pharmaceutical industry as well as in so-called independent studies. It therefore would have been useful to conduct a quantitative analysis. The authors would have had to limit themselves to one therapeutic subject or one therapeutic question, but it would have enabled them to analyze the publications in detail, to compare the descriptions with those of industry independent studies, and to comment. Maybe there is a scientific or regulatory reason for why certain industry-funded studies used placebo or lower dosages more often than industry-independent studies?

The notorious weaknesses of industry-independent studies were unfortunately not discussed. In this context, the pharmaceutical industry—and thus the quality of its studies—benefits from a continuing dialogue with the licensing authorities about further developments of the methodology. And consistent implementation of quality standards (GCP, “good clinical practice”) when conducting studies is still a greater challenge for industry-independent funders.

The author declares that no conflict of interest exists according to the guidelines of the International Committee of Medical Journal Editors. 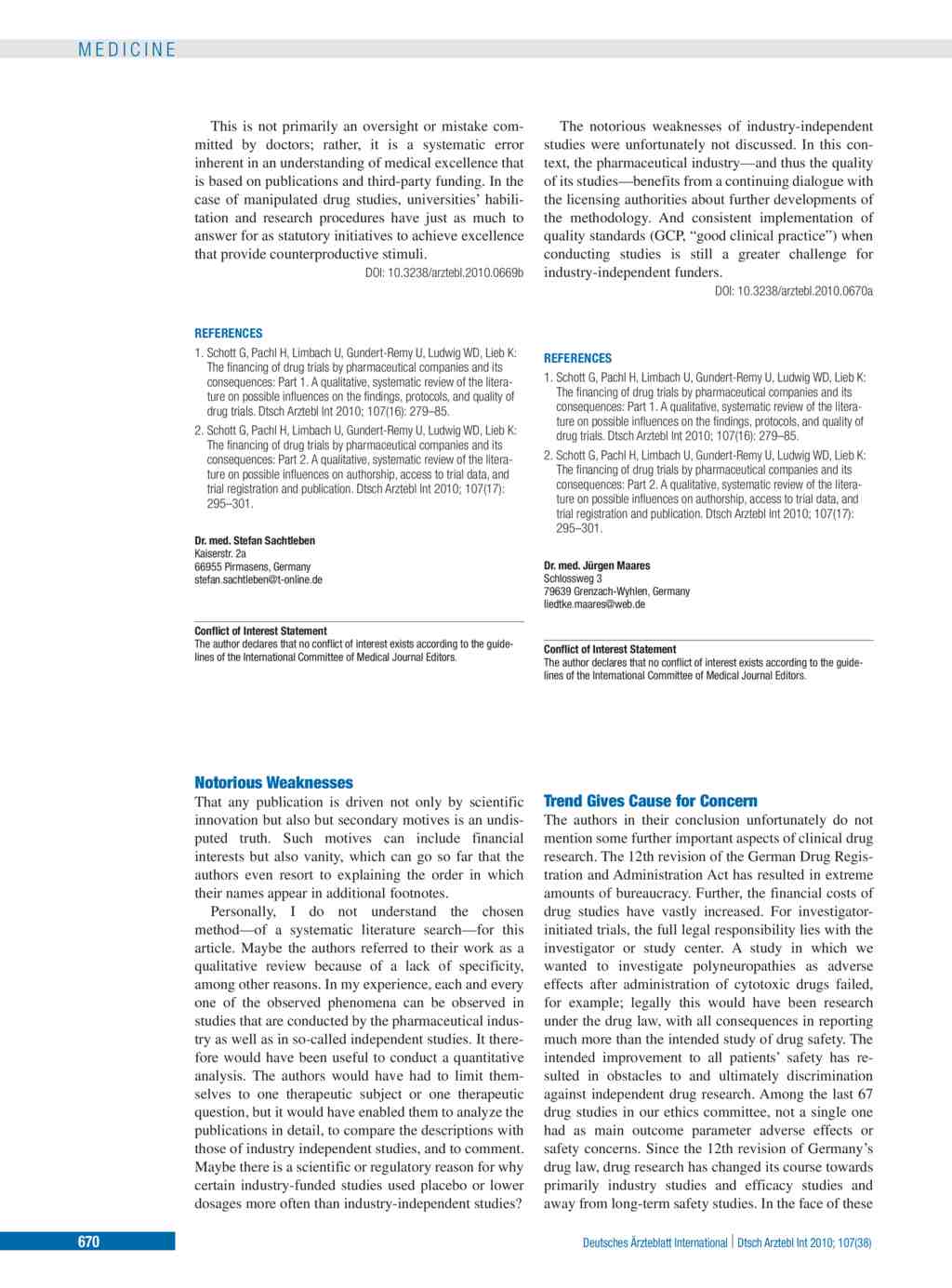