The cause of the gait disturbance is “hyponatremic encephalopathy,” which is probably the result of a decrease of important, functional, intracellular osmolytes in the brain, such as glutamate and glutamine, in the context of volume adaptation of the brain (3). Further, signs of a reversible decrease in peripheral nerve conduction velocity has been observed in hyponatremia.

According to a large study, 14.5% of patients have hyponatremia on admission to hospital (4). Often this is associated with certain medications. Often, patients develop hyponatremia while receiving treatment with hydrochlorothiazide (HCT), after taking medications that have a neurological effect (antidepressants), or while being treated with carbamazepine.

It is likely that the number of hospital admissions owing to falls could be reduced if we paid more attention to hyponatremia and reacted appropriately. Diagnostic and therapeutic algorithms are available for this purpose.

Conflict of Interest Statement
In recent years, the author has received honoraria from Otsuka and other companies for scientific studies, lectures, and advisory activities regarding antidiuretic hormone (ADH)-(vasopressin) receptor antagonists, which are used to treat hyponatremia in the syndrome of inappropriate secretion of antidiuretic hormone (SIADH). 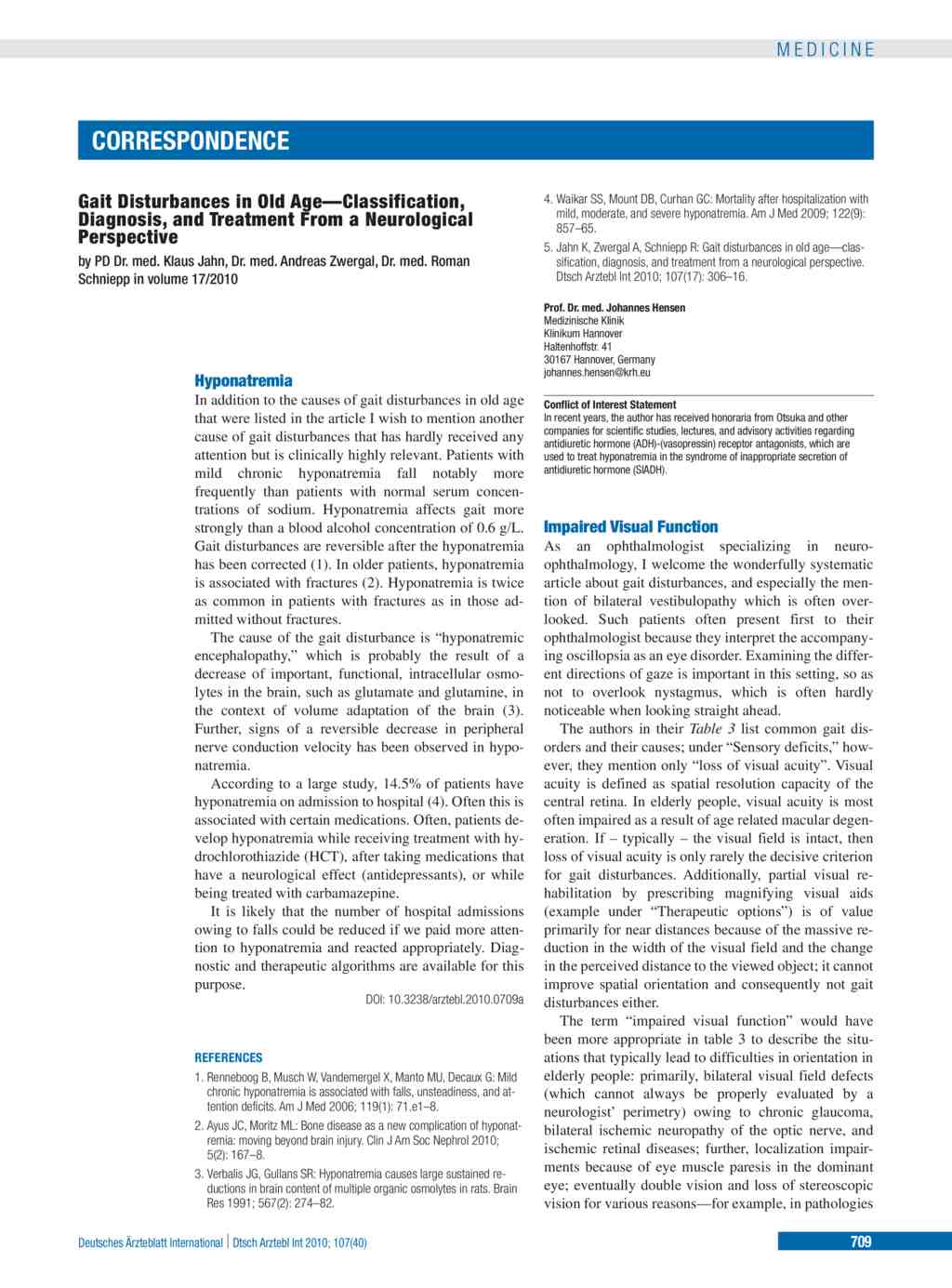