Firstly, we wish to express to the authors our appreciation of and thanks for their article. They showed the risk for lung cancer while focusing in their discussion mainly on inhaled radon, which penetrates into buildings and residential spaces from underground.

We wish to point out a further source of cancer risk, which we think has not received enough attention in the public discussion—namely, the release of radon that is dissolved in drinking water. In Germany, the mean radon activity in drinking water is about 6 Bq/L, although regionally it may exceed 100 Bq/L and even 1000 Bq/L. What happens if the gas is released from the water into the shower cubicle during a warm shower and then inhaled? For a concentration of 100 Bq/L, activity in the shower cubicle will rise by 100 Bq per liter of water used if the radon is fully released (activity describes the number of radioactive breakdowns per second [1 Bq=1 breakdown/second]. For the purposes of describing exposures, using Bq/L or Bq/m3 as the unit of measurement seems appropriate [2]). A few years ago, an American brochure caused shockwaves by reporting values of several kBq/m3 that had been measured in shower cubicles after 15 minutes—a value that is entirely plausible according to the calculation in our example. Is the risk posed by radon inhaled during a shower really negligible, as is often claimed, especially as ventilating the cubicle or cabin during the shower is usually difficult?

In the kitchen, the evaporation of steam and the radon concentrated in natural gas constitute an additional radon exposure. Opening the windows is a useful counter-measure in this context. In modern residences with tightly sealed windows, however, thorough ventilation is more problematic.

We would welcome a short comment from the authors, outlining their views on the problems of “radon in shower cubicles” and “lacking ventilation in modern residential buildings.” As a result of insufficient ventilation, several other causes of health risks have made the newspaper headlines, including pathogenic indoor climates, concentration of allergens, or fungal (mould) overgrowth. 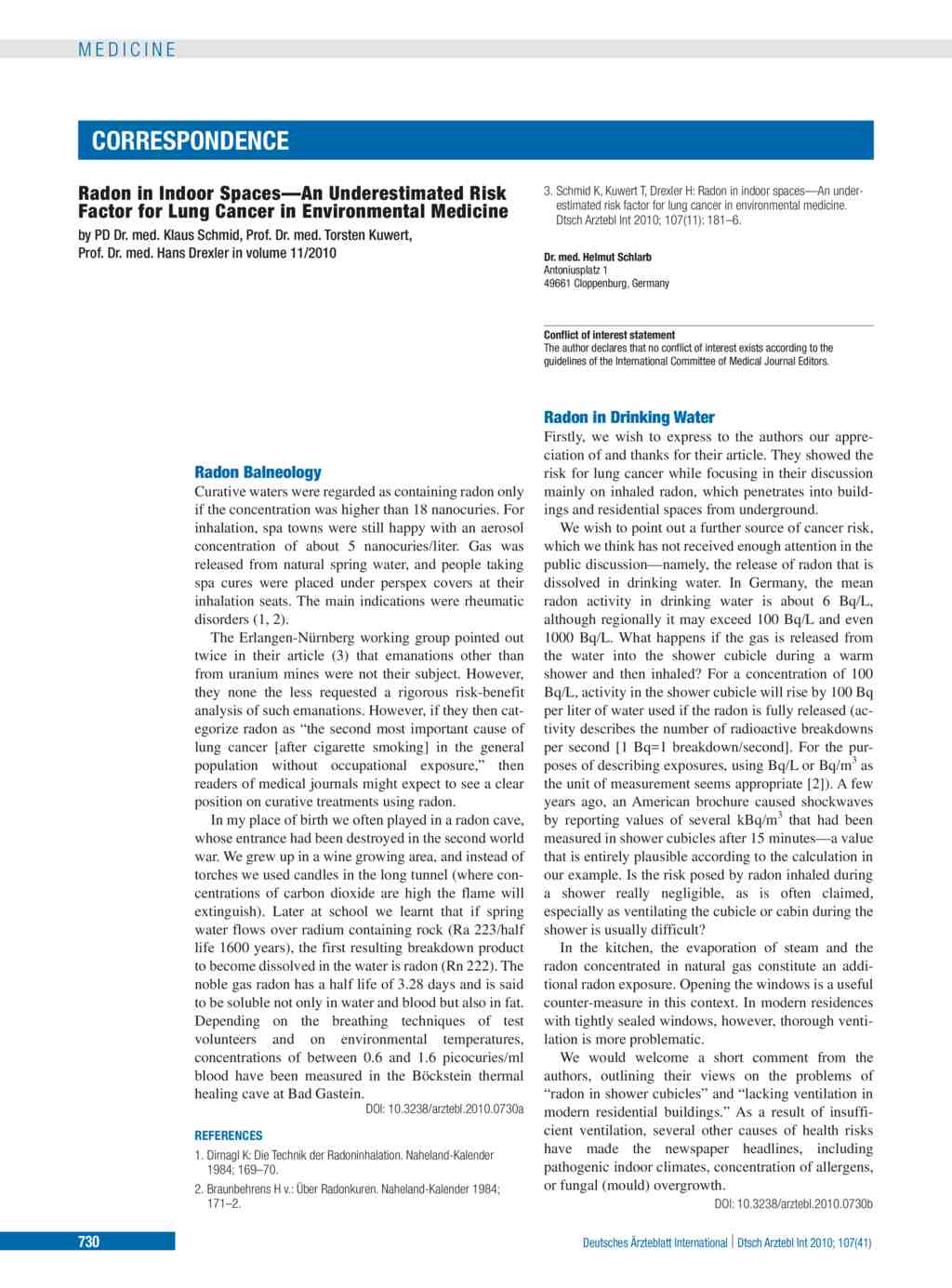