Our colleagues from Aachen focused in their article on the ability to drive and assessment by occupational physicians, both topics of great importance for patients with epilepsy. Unfortunately, the cited Guidelines for the Evaluation for Suitability for Driving Motor Vehicles are out of date and the special recommendations from the German employers liability association (Berufsgenossenschaft) for the assessment of the occupational suitability of persons with epilepsy (1) are not mentioned.

The restrictive tenor of the article gives cause for concern. The aim of physician’s intervention should always be to prompt those affected to comply with the driving license guidelines. This is usually not achieved by giving information on regulations and then asking for a signature. The necessary documentation can usually be completed even without urging the patients to give their signature, which is often perceived as humiliating—namely, by having a witness present during giving information.

There no “general” obligation on the physician's part to report a patient's unsuitability for driving a motor vehicle to the authorities, but there is no obligation to report at all; mandatory reporting has not reduced the frequency of traffic accidents caused by epilepsy patients (2). Reporting the patient to the licensing authorities is the last resort, which, among others presupposes that the doctor “made a serious attempt to discourage the patient from driving.” How such an attempt might look is not explained in any detail, but it is exactly this, which distinguishes the medical from a merely legal approach.

As far as the professional situation of the patient is concerned, it is disturbing to read that epilepsy and gainful employment are still associated with early retirement, almost as if by some kind of reflex. Is the principle of “rehabilitation before retirement” unknown? Epilepsy patients do have access to services providing medical rehabilitation and participation in professional life. Why does the article not mention rehabilitation measures according to book IX of the German social code (SGB IX)? If epilepsy problems are dealt with in such an ill-informed way, it is hardly surprising that the age at early retirement for epilepsy patients is still several years lower than that of other people who retire early (3). 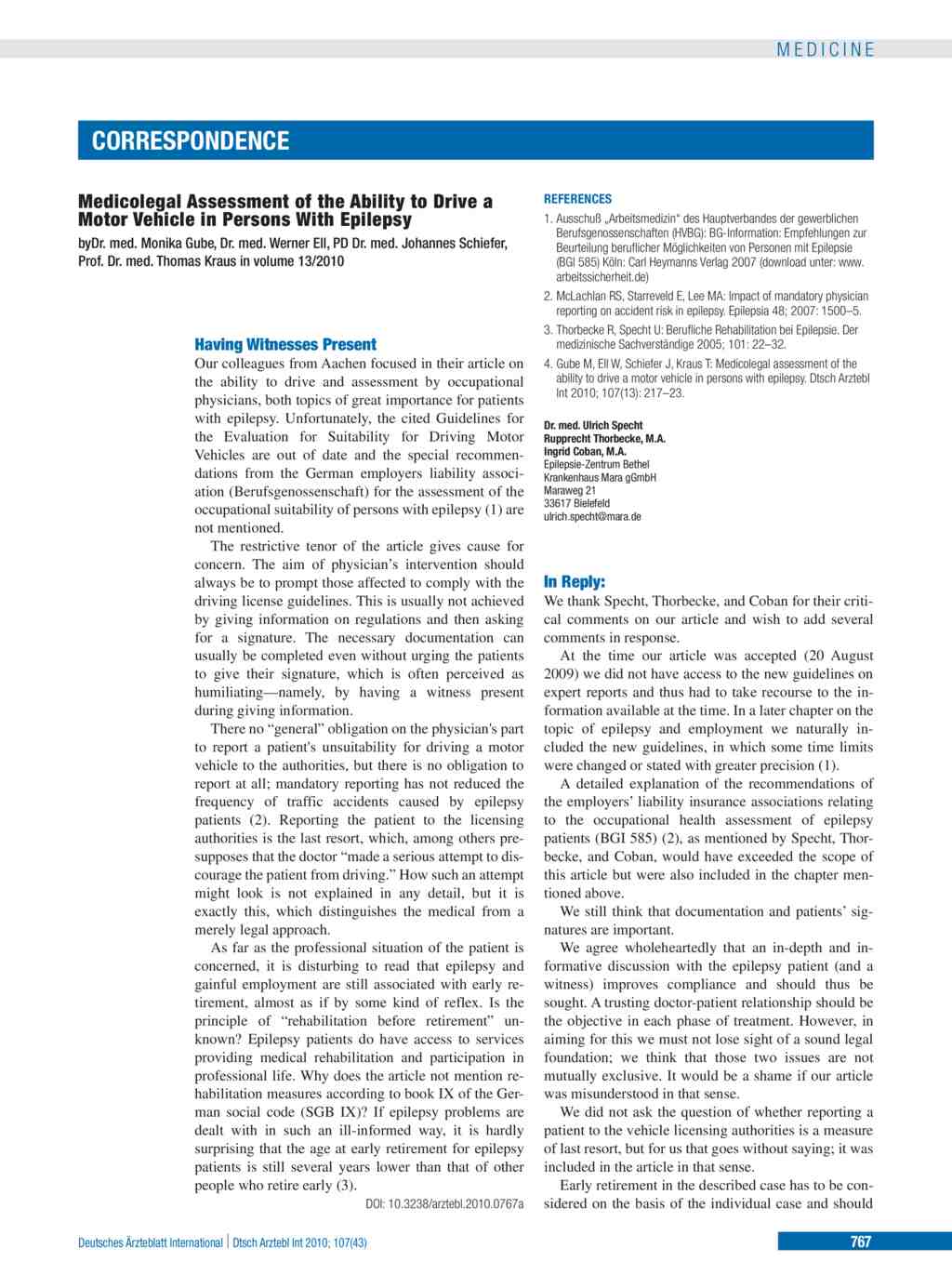