The authors present some interesting data and interpretations, but they are obviously keen to avoid interpreting one important aspect: the greater degree of dissatisfaction of German patients with their healthcare system, compared with other countries, correlates with their (statistical) insurance status.

With a proportion of 11%, Germany has a rate of privately insured patients that is several orders of multitude lower than in other countries, where the same surveys were conducted but the results showed a higher degree of satisfaction.

This is not mitigated by the fact that the authors, in an extended table, have included the additional insurance schemes in Germany at a seemingly higher percentage. The survey was mainly concerned with patients’ satisfaction with outpatient care, and additional insurance schemes, such as those that are available in Germany for inpatient services, are not relevant in this context.

If the overwhelming majority of survey participants in Germany were in favor of substantial, partly even fundamental, changes to the healthcare system, then, according to the data presented in the article, this type of assessment came primarily from members of statutory health insurance schemes.

A precise differentiation of ratings of Germany’s healthcare system according to insurance status should be possible and would be interesting. 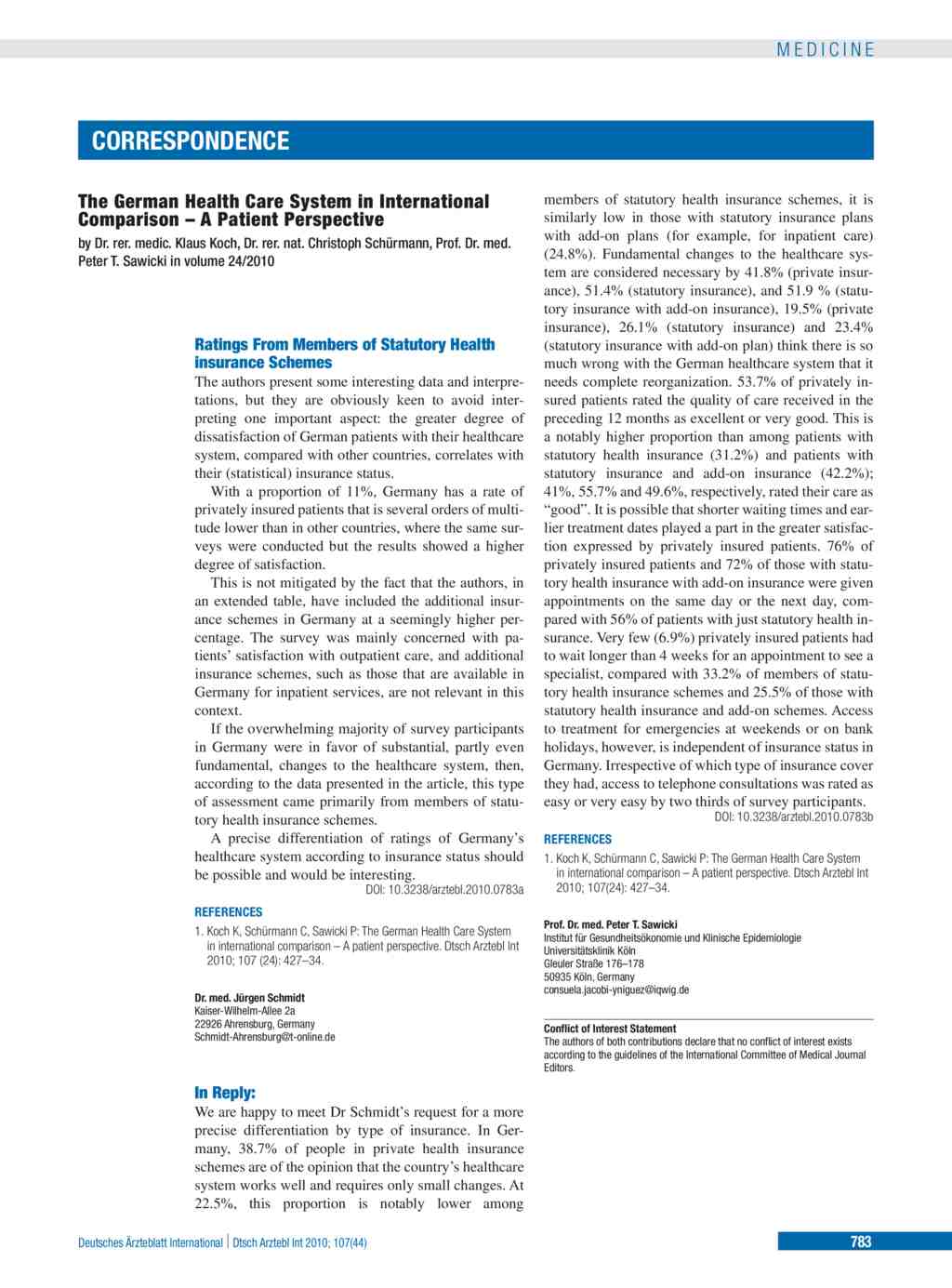